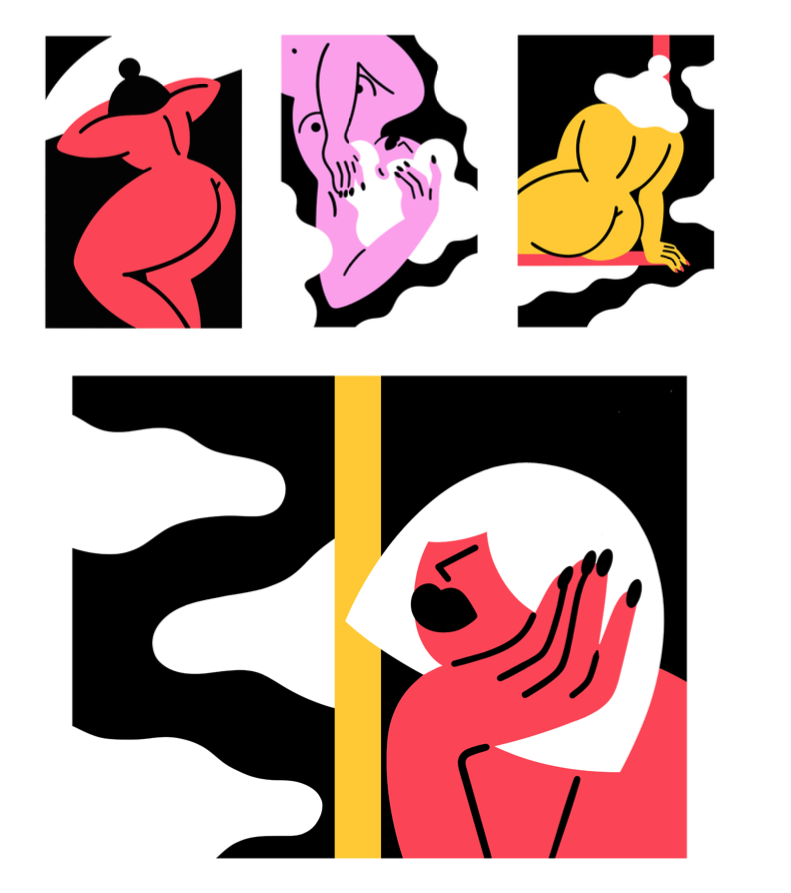 By using bold colours and a graphic style, the artwork brings into focus the power and mental strength of Marylou’s characters.

Named after a song lyric which inspired the artist, ‘Nobody’s Baby’ portrays women in private moments of solitude and reflection, and offers a glimpse into the female psyche. The nakedness of Marylou’s heroins is an expression of shameless self-love rather than sexuality and demonstrates their freedom, in a physical and psychological sense, as well as their independence.

The prints are striking in their use of exuberant colours and thick, black lines. There is contrast both in the stark shapes which represent the delicate female form, and in the energy which exudes from the passive reflection of the characters. By using a clean, graphic approach to her art, Marylou aims to delivers a powerful message to her audience.

As Marylou explains, “The idea behind my work is to show people that being confident can give you a sense of empowerment. I always try to present my female characters in a similar way – as strong and feminine, in the hope that some of their qualities will reflected on me, as well as my audience. My characters never care about what other people think about them and neither should we”.

‘Nobody’s Baby’ showcases empowerment and body-confidence by offering an intimate look into the very private world of the female mind.