Events / Neil Gaiman and Chris Riddell in Conversation; How To Academy – Online 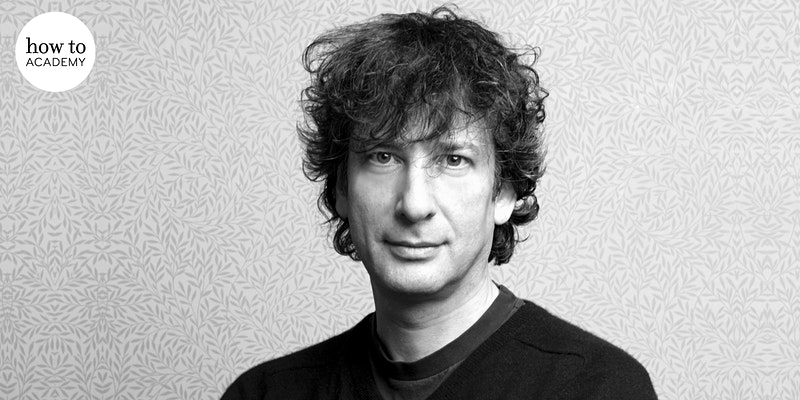 Neil Gaiman and Chris Riddell in Conversation; How To Academy – Online

Join two of the world’s most extraordinary creative minds as they explore the magic and wonder of storytelling with author and critic Erica Wagner.

When I was a child, adults would tell me not to make things up, warning me of what would happen if I did. As far as I can tell so far, it seems to involve lots of foreign travel and not having to get up too early in the morning. ― Neil Gaiman

Prepare to enter the extraordinary worlds of Neil Gaiman and Chris Riddell.

From American Gods to Sandman, Good Omens to The Ocean at the End of the Lane, Neil Gaiman may be the most widely loved storyteller in the realm of the mythic and fantastical since JRR Tolkien. First known as a pioneer of the graphic novel medium, his accomplishments have swelled to include novels, film, television and radio; Tori Amos immortalised him in song and millions of readers from across the world follow him online.

A tour de force of artistic talent, illustrator Chris Riddell’s satirical cartoons are a familiar treat to readers of the Observer; while his many award-winning children’s books include the New York Times bestseller The Edge Chronicles and his award-winning Ottoline series.

In conversation with author, editor and critic Erica Wagner, Neil and Chris will explore the art of creative collaborations – from The Graveyard Book to their showstopping new picture book, Pirate Stew.

It’s an unmissable celebration of the power of human imagination from two of the most accomplished creative talents the British isles have ever produced.

Neil Gaiman has written highly acclaimed books for both children and adults and is the first author to have won both the Carnegie and Newbery Medals for the same work – The Graveyard Book. Many of his books, including Coraline and Stardust, have been made into films; Neverwhere has been adapted for TV and radio; and American Gods and Good Omens have been adapted into major TV series. He has also written two episodes of Doctor Who and appeared in The Simpsons as himself.

Chris Riddell is a much-loved illustrator and acclaimed political cartoonist. He has won the Costa Children’s Book Award, the Nestlé Gold Award and is the only artist to have won the Kate Greenaway Medal three times, most recently for his illustrations in The Sleeper and the Spindle. He was Waterstones Children’s Laureate from 2015 to 2017 and has illustrated the work of many celebrated children’s authors, including five Neil Gaiman titles and J.K. Rowling’s The Tales of Beedle the Bard. He is the author of the bestselling Goth Girl and Ottoline series and co-creator of The Edge Chronicles. Also publishing this autumn are: Alice’s Adventures in Wonderland, Poems To Save The World With, The Cloud Horse Chronicles: Guardians of Magic (all Macmillan), A Clock of Stars by Francesca Gibbons (Harper Collins) and Honey For You, Honey For Me by Michael Rosen (Walker Books). Chris was awarded the OBE by the Queen for his services to children’s literature in 2019. He lives in Brighton with his family.