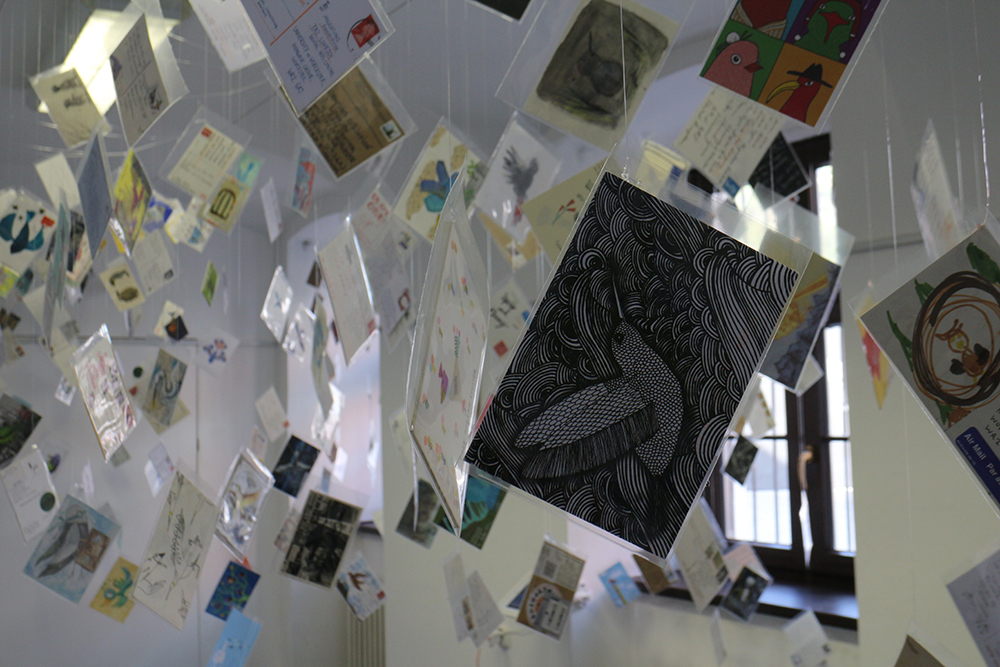 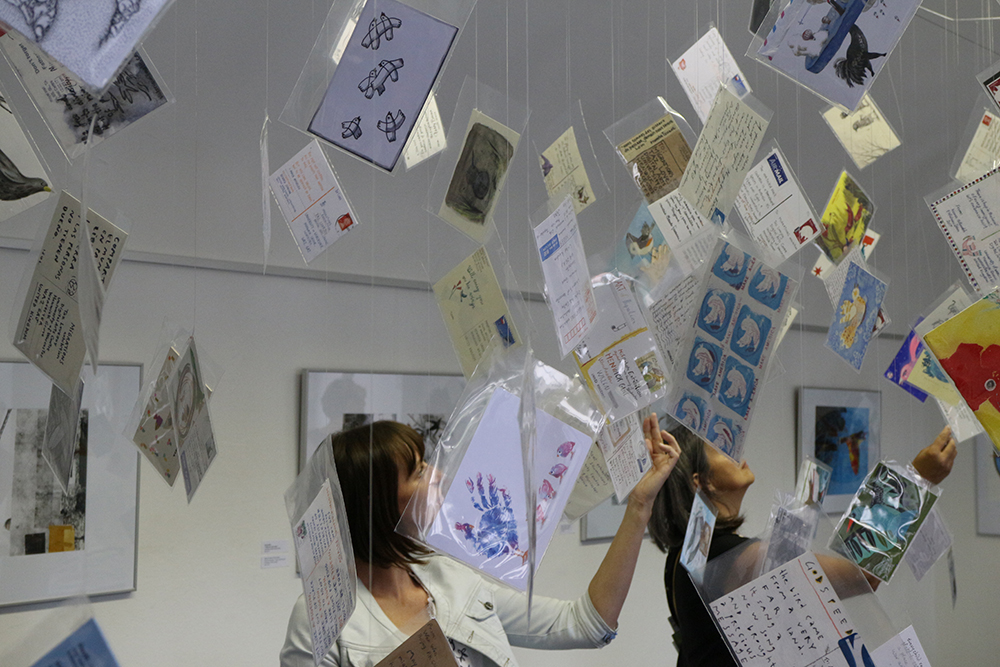 When a group of Illustration Lecturers from The International Centre for the Picture Book in Society (a research project founded by the University of Worcester, UK), first conceived the idea of such an exhibition several months earlier, the aim was to collaborate with as many creative individuals as possible. A simple brief was published on their website:

‘We invite our illustrator friends to send us a postcard with your illustration of a bird on the picture side of the card and a relevant message, phrase or thought on the theme on the message side of the card. The bird could be representative of a real bird from your country, a fictitious bird from your culture or your own fantasy bird. The postage stamp from your country of residence and your name will indicate the flight of your artwork first to the UK, then to Bratislava and who knows…to further exhibitions thereafter.’

The MIGRATIONS Exhibition is open until the 29th October 2017 in Bratislava, Slovakia and is one of the numerous exhibitions that make up the 26th BIB (Biennial of Illustrations in Bratislava) which run throughout September to December 2017.

A report on the project is here. 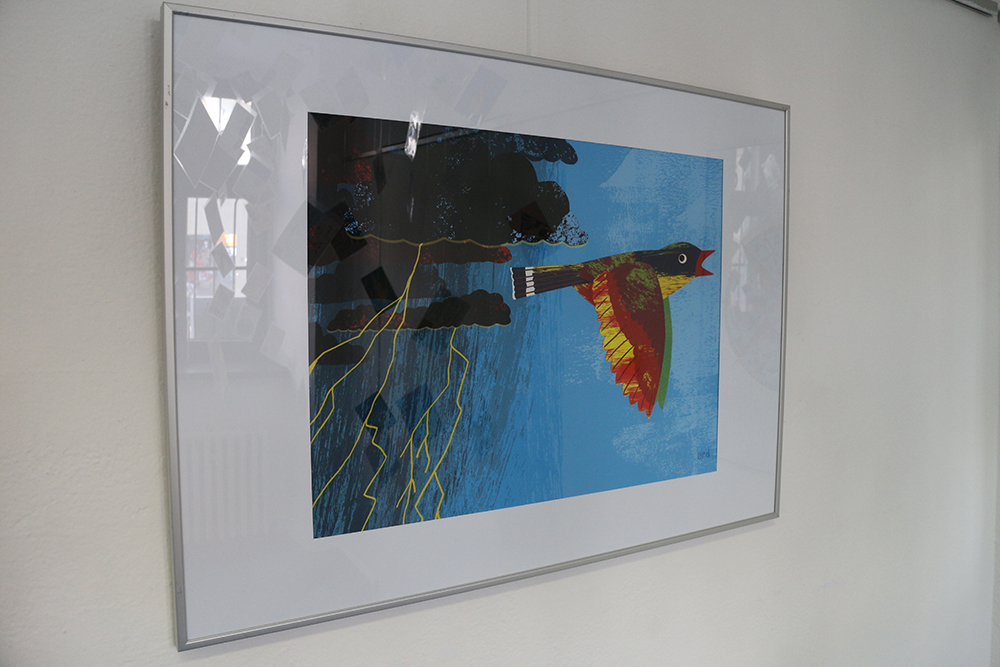