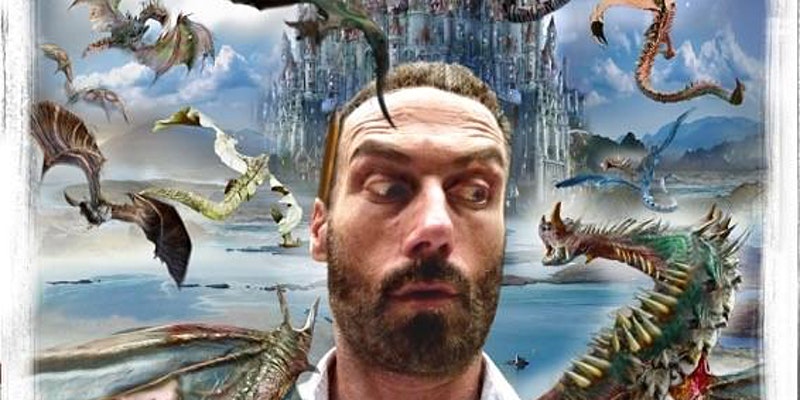 May 26 @ 11:00 am - 12:00 pm
In celebration of the Great Books Festival join renowned illustrator Marc McBride for a live-stream presentation for students

Marc McBride is the illustrator of Emily Rodda’s best-selling Deltora Quest series, which has sold over eighteen million copies around the world and is also an Anime TV show.

Marc will be live-streaming his talk via Youtube. A link will be sent to all ticket holders closer to the event.

Marc has illustrated more than two hundred book covers, ten picture books, countless magazines and has had work exhibited with the New York Society of Illustrators. Marc won the Aurealis Awards for the ‘Deltora Quest’ series and ‘World of Monsters’, which he wrote and illustrated.

His new book, written by Emily Rodda, is called ‘The Glimme’ and was published by Scholastic Australia in October 2019.

During the presentation Marc will talk about the unique collaboration he enjoys with Emily Rodda. In the case of ‘The Glimme’, Marc sent Emily 25 paintings which became the inspiration for the story!

Marc will paint a dragon during the presentation as he explains the process of creating artwork, beginning with imagination and where ideas come from. He uses ideas from the audience, explaining colour theory, light, shape, line and texture- the five elements of visual language. Using simple shapes, he encourages children to draw with him and to ‘not be afraid of making mistakes’- after-all it is often a mistake in a drawing that becomes the inspiration for something truly original!