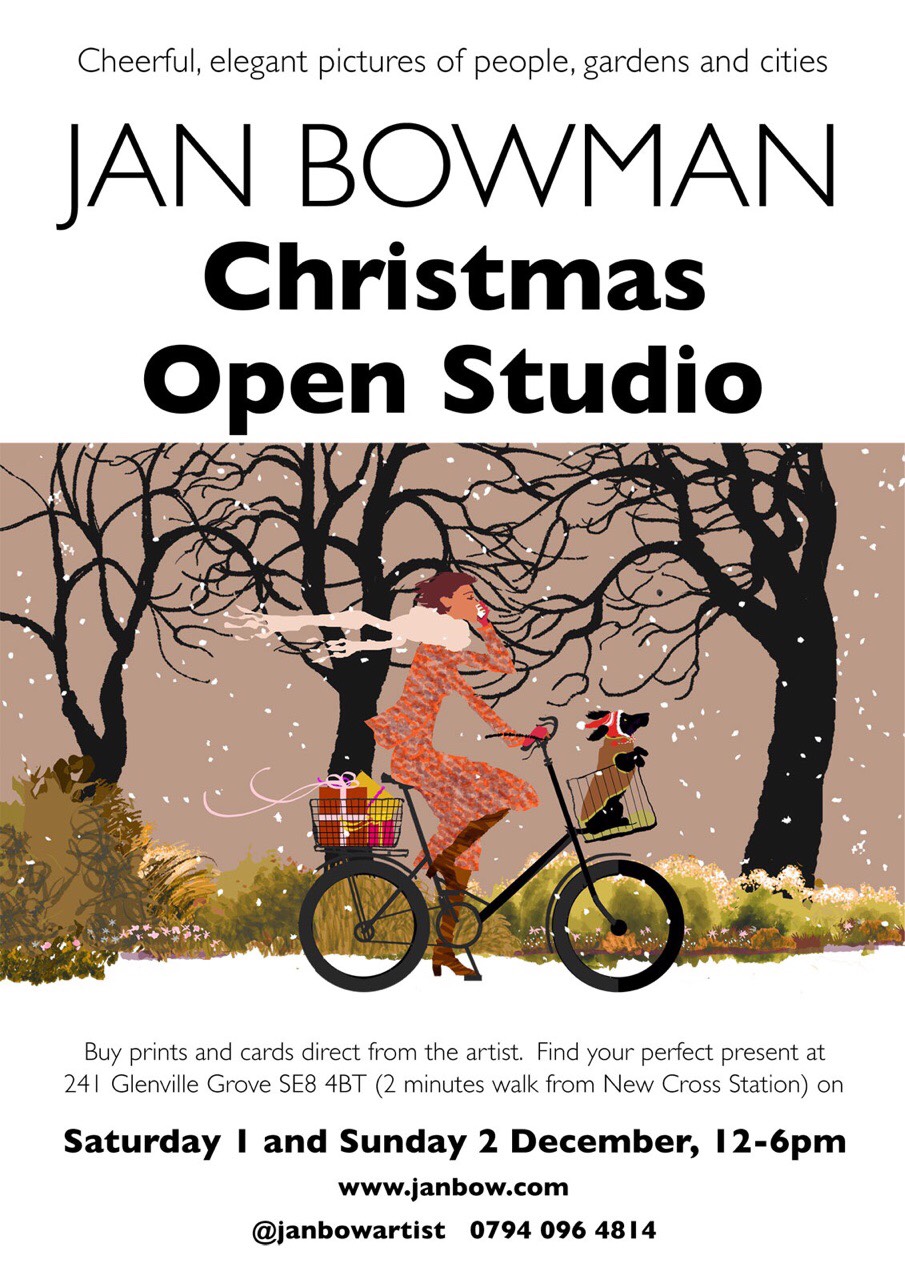 Award-winning local artist Jan Bowman has announced her first Open House in Deptford. Visitors will be able to buy her elegant, optimistic prints of London and other cities, including a new series of images of Venice, Italy, and discover how she finds inspiration and creates her work.

From Scotland via Canada, Jan is an architect-trained illustrator and author whose lyrical, cheerful pictures of people and places capture unexpected angles and overlooked corners. Her first book THIS IS BIRMINGHAM: A Glimpse of the City’s Secret Treasures (a history of the18th-century Lunar Society) spent nine months on Waterstone’s Recommended list and gives such a positive account of the City’s history that it is now used as an award in Birmingham schools. Now Jan aims to do the same for Deptford and its history.