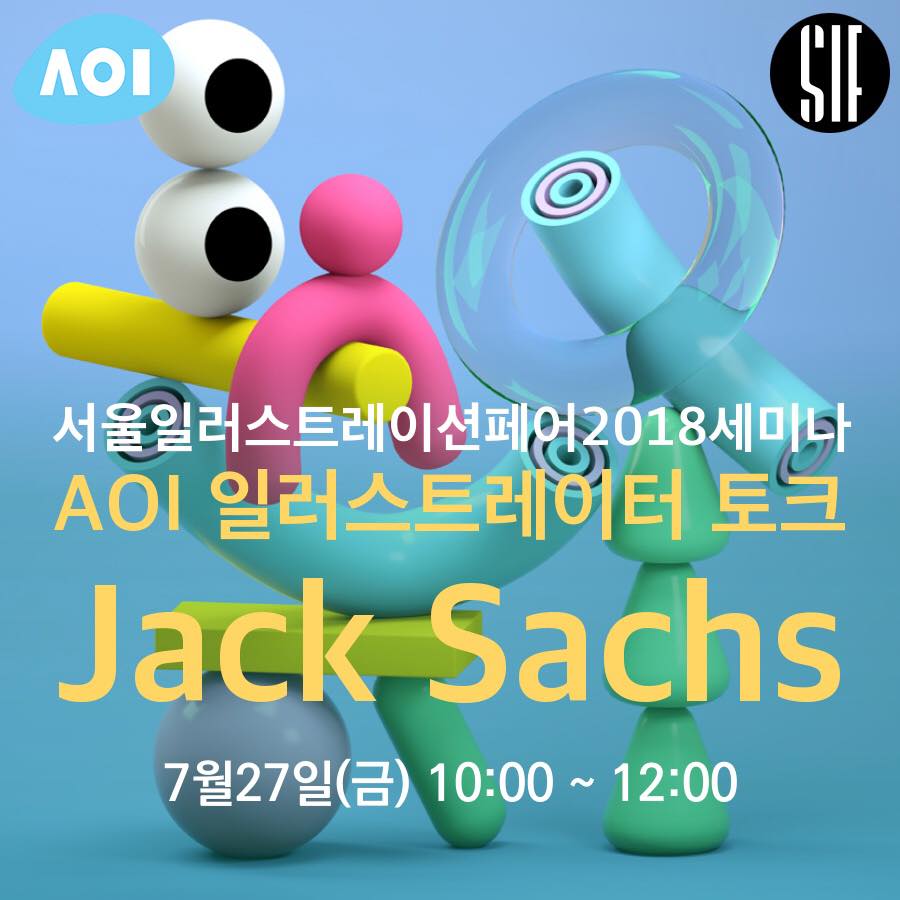 The AOI is proud to present Jack Sachs! Jack is an Animator / Illustrator working mainly with 3D software. He has been working in the industry since 2014 for clients such as: The New Yorker, MTV, Nickelodeon, Spotify & Tate Britain. In 2013 Jack suffered a major injury, which forced him to adopt new techniques to continue as an artist this means he has experience in adapting your creative approach and will discuss this.

His talk will give an in-depth overview of his creative and personal practice and who these influence Each other. Jack is largely self-taught in animation and his talk will give the audience an insight into this and how it has affected his practice and route into the industry. The talk is mostly chronological, discussing the steps that he took from university to being a freelancer in his field.