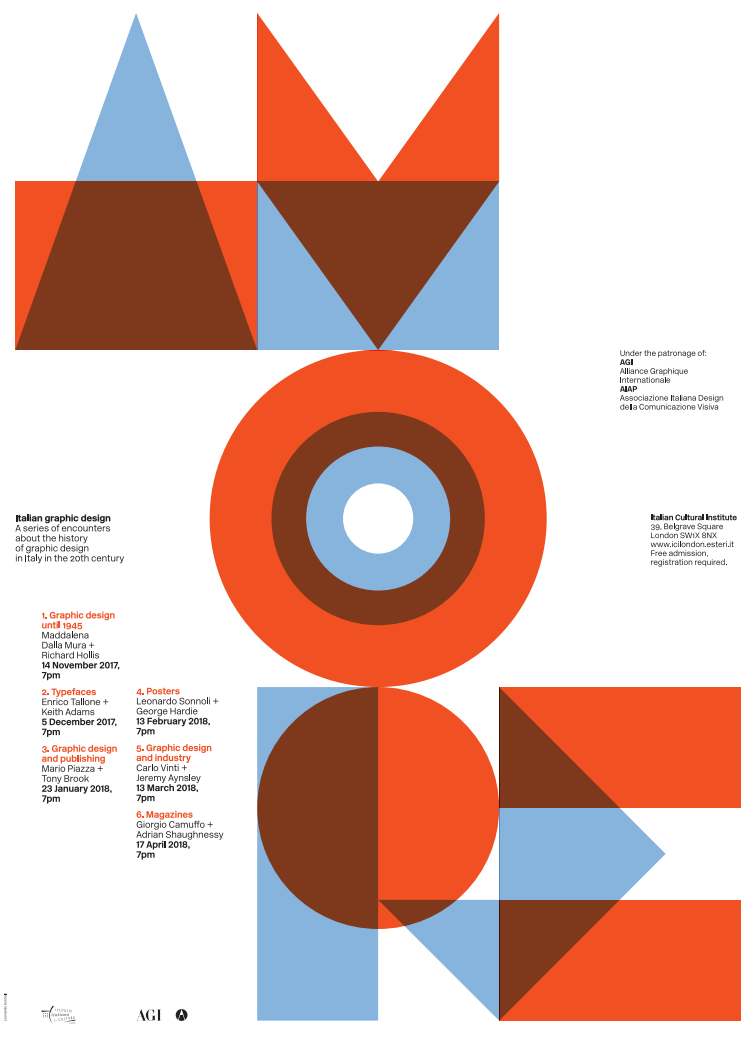 “Italian Graphic Design” is a series of six chapters of a possible history of Italian graphic design, conceived in order to understand the role of graphic designers in giving shape and identity to Italy’s social, economic and cultural landscape.

In the fourth event of the series, Leonardo Sonnoli and George Hardie will talk about the art of designing posters, starting from the ambiguity of the Italian word “manifesto”, referring to both a programmatic text or a large-sized printed piece of paper displayed in public.

Leonardo Sonnoli has worked for, among others, the Venice Biennale, the Château de Versailles, the Centre Pompidou and the Palazzo Grassi-François Pinault Foundation. He has taught at the RISD – Rhode Island School of Design (USA) – and at the IUAV in Venice; he currently teaches at the ISIA in Urbino. His designs are kept in numerous international public collections and he has received prestigious awards, including the Rodchenko Prize 2008. He is a member of the Alliance Graphique Internationale.

George Hardie is the artist behind some of the most iconic album covers of 20th Century. A graphic designer, illustrator and educator, trained at Central St Martin’s and the Royal College of Art, Hardie worked as a designer and illustrator for more than 40 years, making illustrations for clients around the world. He was the cover artist behind Led Zeppelin’s debut album and Pink Floyd’s Dark Side of the Moon. He taught illustration at the University of Brighton from the early 1980s until his retirement in 2014. He is International Secretary for the Alliance Graphique Internationale.

This event is free but you will need to register online.