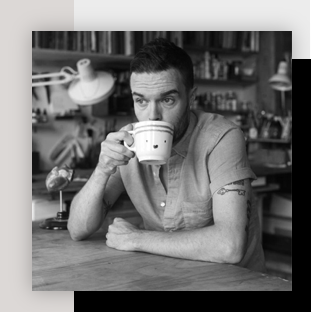 Explore what makes the world and how we live in it through Oliver Jeffers’ eyes. His new book Here We Are: Notes for Living on Planet Earth journeys around our planet introducing land and sky, space and time, animals and humans with beautifully detailed images, created with his trademark wit and intelligence. His work has been exhibited internationally. His picture books have sold over 10 million copies, been translated into 40 languages and won multiple awards. Working in collaboration with Studio AKA, Lost and Found was developed into an animated short film that won a BAFTA for Best Animated Short Film.

Presented in association with Tall Tales, however this event is suitable for adults and over 12s only.