Events / After Man: A Zoology of the Future 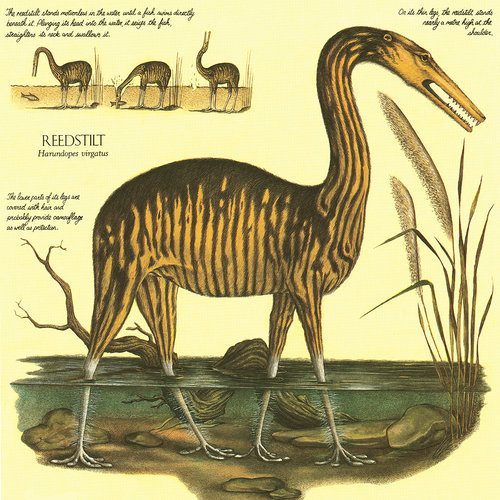 After Man: A Zoology of the Future

Join Dougal Dixon, palaeontologist, geologist and author, in conversation with vertebrate palaeontologist and science writer Darren Naish to mark the return of Dixon’s astonishing speculative-evolution book ‘After Man: A Zoology of the Future’.

Dougal imagined and beautifully illustrated this new world and its creatures in his 1981 book ‘After Man’ and brought to life the wonderous predatory mole-beasts the Desert Sharks, the mega-puffin Vortex, rodent wolf Falanx and the flightless and terrifying bat descendant the Night Stalker.

“Setting his scenario in the distant future, about 50 million years from now, he has given the members of his new animal kingdom time to undergo dramatic changes in structure and behaviour. But in doing this he has never allowed himself to become too outlandish in his invention. He has created his fauna of the future so painstakingly that each kind of animal teaches us an important lesson about the known processes of past evolution. By introducing us to fictitious examples of these factual processes, his book is not only great fun to read, but also has real scientific value” from the introduction by Desmond MorrisDougal

Dixon graduated Bachelor of Science in geology from The University of St Andrews in 1970 and Master of Science in 1972. He is a full-time writer and book editor specializing in the earth sciences including ‘After Man: a zoology of the future’, ‘The New Dinosaurs’, in which he described the zoogeography of the world by describing what life might be like today had the dinosaurs not become extinct and ‘Greenworld’ in which human impact on natural ecosystems is examined by following the history of human colonization of a lush and habitable alien planet.

Copies of ‘After Man: A Zoology of the Future’ will be on sale on the night via the publisher Breakdown Press.