After an extraordinary nine years, illustrator and educator, Roderick Mills has recently retired from the AOI Board. Over that time the AOI and the illustration industry has changed and developed, and we asked Roderick to offer his view across these practical and vocational areas alongside the welcomed growth of illustration research, critical writing on the subject and the increased interest in illustration education. Not forgetting how illustration can deal with the pandemic situation.  Here’s what he had to say.

It’s been a privilege to have played a part in the development and growth of the Association of Illustrators in the past nine years, especially in such a time of change for the industry, and the wider discipline.

During my time on the Board of Directors it’s been great working alongside both directors and staff at the AOI, I’ve learnt much personally from the responsibility and experience. 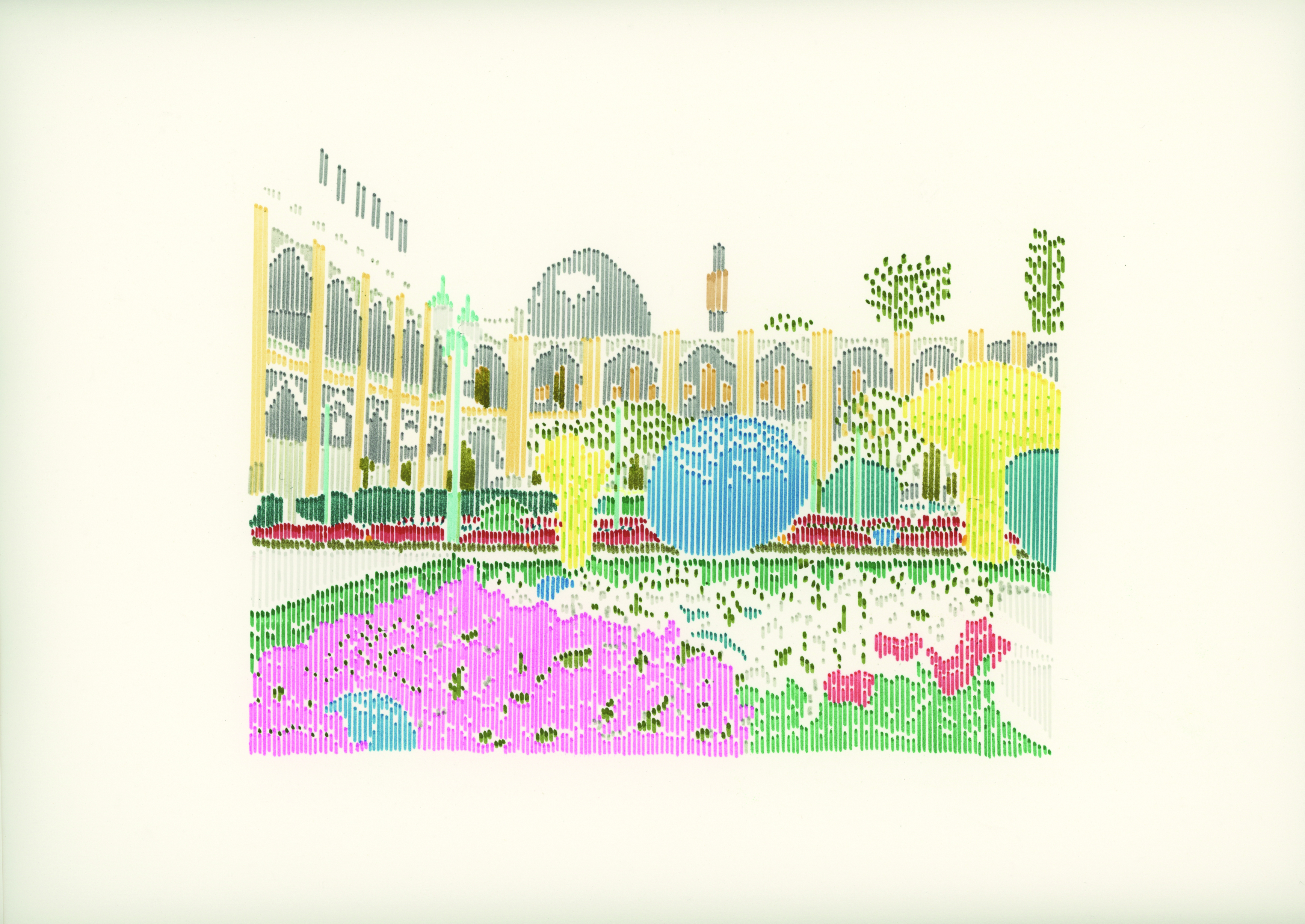 Of the many decisions in the past nine years that stand out, the relocation to Somerset House in Central London helped to establish a higher profile for the AOI and opened up opportunities for collaborations and partnerships. And of course Somerset House itself was a great partner for the World Illustration Awards which developed out of the previous Images annual British Illustration competition that ran for 36 years.

The investment and development of the website has enabled the AOI to connect more illustrators and establish a community far beyond London, in line with the industry becoming more globally connected. This feeling of being connected, belonging to a community is so very important.

The website has offered illustrators up-to-date advice, a platform to show and celebrate illustration, and a space to share current debates and news at a time when not only new forms for illustration have appeared, but also perhaps what being an illustrator means today has changed.

The Coronavirus COVID-19 pandemic has changed the world as we know it, and yet arguably illustrators are in good position to face these turbulent times. Illustrators are adaptable, creatively resourceful and resilient. In isolation they can indulge themselves within highly developed internalised visual worlds, and yet possess inherent communication skills that not only allow them to comment and respond to the world outside, but nurture skills that are transferable for other roles in the wider creative industry.

It’s likely that the pace of change within the illustration industry, its diversification as such, due to the onset of technological and economic challenges, will quicken as a response to the current pandemic. The world is more mobile and changes in consumerism will see an adjustment of the types of work being commissioned, and possibly values in society.

The rise of self-publishing via both analogue print means such as zines and comics, but more significantly on social media, has given rise to a whole new generation of those entering illustration as a means of expressing themselves.

The forms of commissioned work are also developing as screens proliferate our daily interactions and experience of the world, seen in an increase of animation work within the creative industry.

What it means to be an illustrator

During these past few years alongside my own illustration practice my role as an educator has grown during my time at the AOI – the growth in those studying illustration has been profound, and is changing what we know of as illustration and what it means to be an illustrator.

I remember the AOI VaroomLab 2 Spatialising Illustration symposium held at Swansea Metropolitan University in January 2013, when my presentation showing examples of how the New York Times were commissioning experimental looped images caused quite a stirring amongst the audience. Strange today to see how showing some GIFs could cause any consternation, but illustration has always been linked with the technology of print and reproduction, and in an age where the image is so important, the illustrator will always pay a key part of how we navigate and understand this world.

Diversification of education in illustration

According to UNISTATS 2017 there were over 124 courses in the UK with illustration in their title, and whilst not all of graduates are entering into what we once knew of as a commercial activity, there is definitely an appeal for many to undergo the education of an illustrator. 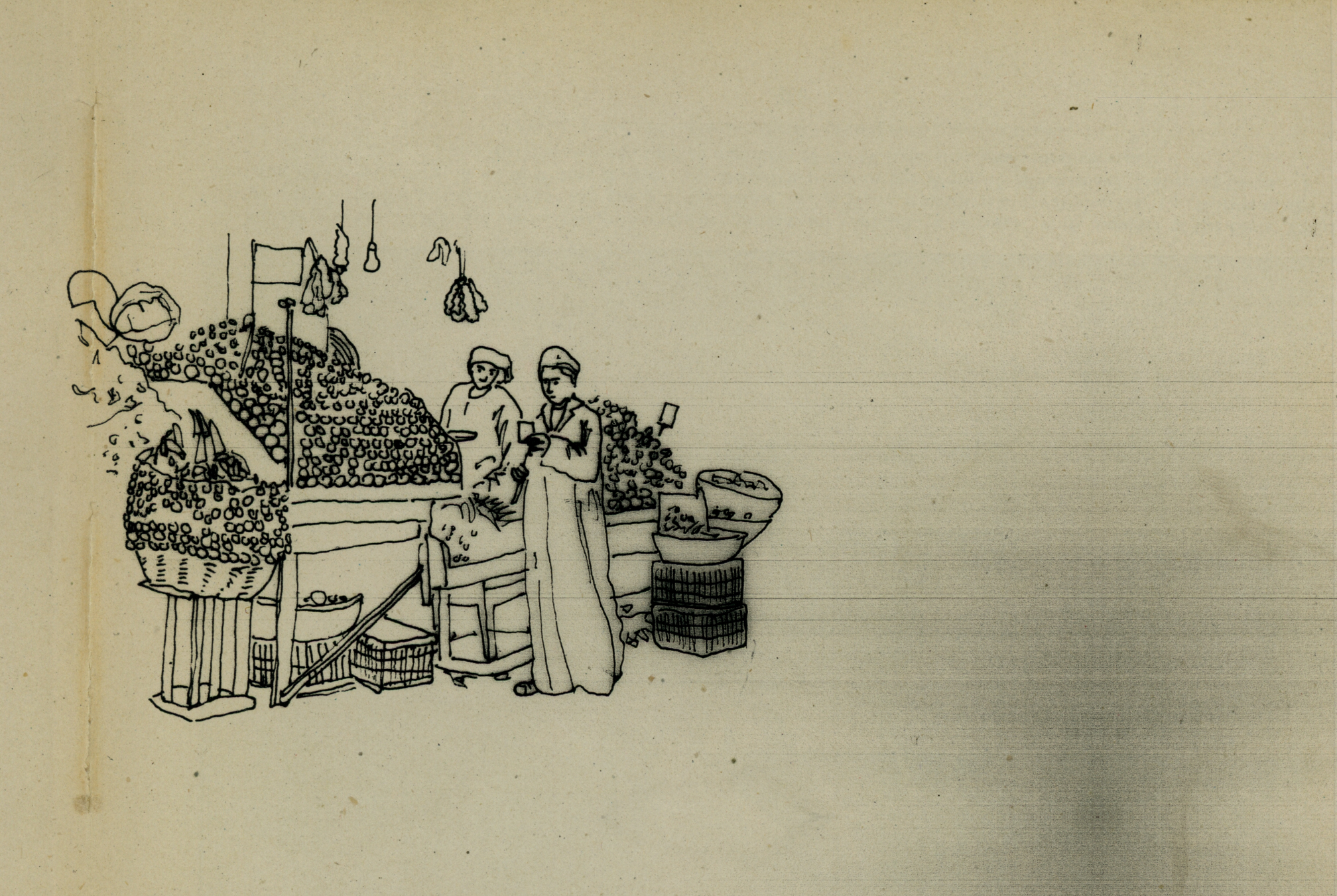 This popularisation has also diversified those accessing the discipline, opening up the profession to different voices. The internet has brought the illustrator much closer to the client, and through cultivating their own visual identity illustrators have almost become their own brand, commodifying their own audience for clients.

From a personal perspective this shift of illustration was epitomised in the exhibition Representing Realness in July 2019 curated by one of my colleagues at the University of Brighton Liv Taylor.

The show explored the relationship of contemporary illustrators depicting the realities of the everyday, the anxieties of life, in a world of selfies and the rise of mental health issues. Poignantly, also the majority of those featured in the exhibition were female illustrators, which seemed timely and as a reflection of the realities of those overwhelmingly studying and entering the profession of illustration.

This idea of the interior space, the domestic, and the suggestion of a gendered art form was memorably explored at the Marking the Domain symposium organised by the Illustration Animation Department of Kingston University staged at the Institute of Contemporary Arts London in 2017, curated by Mireille Fauchon and Geoff Grandfield. 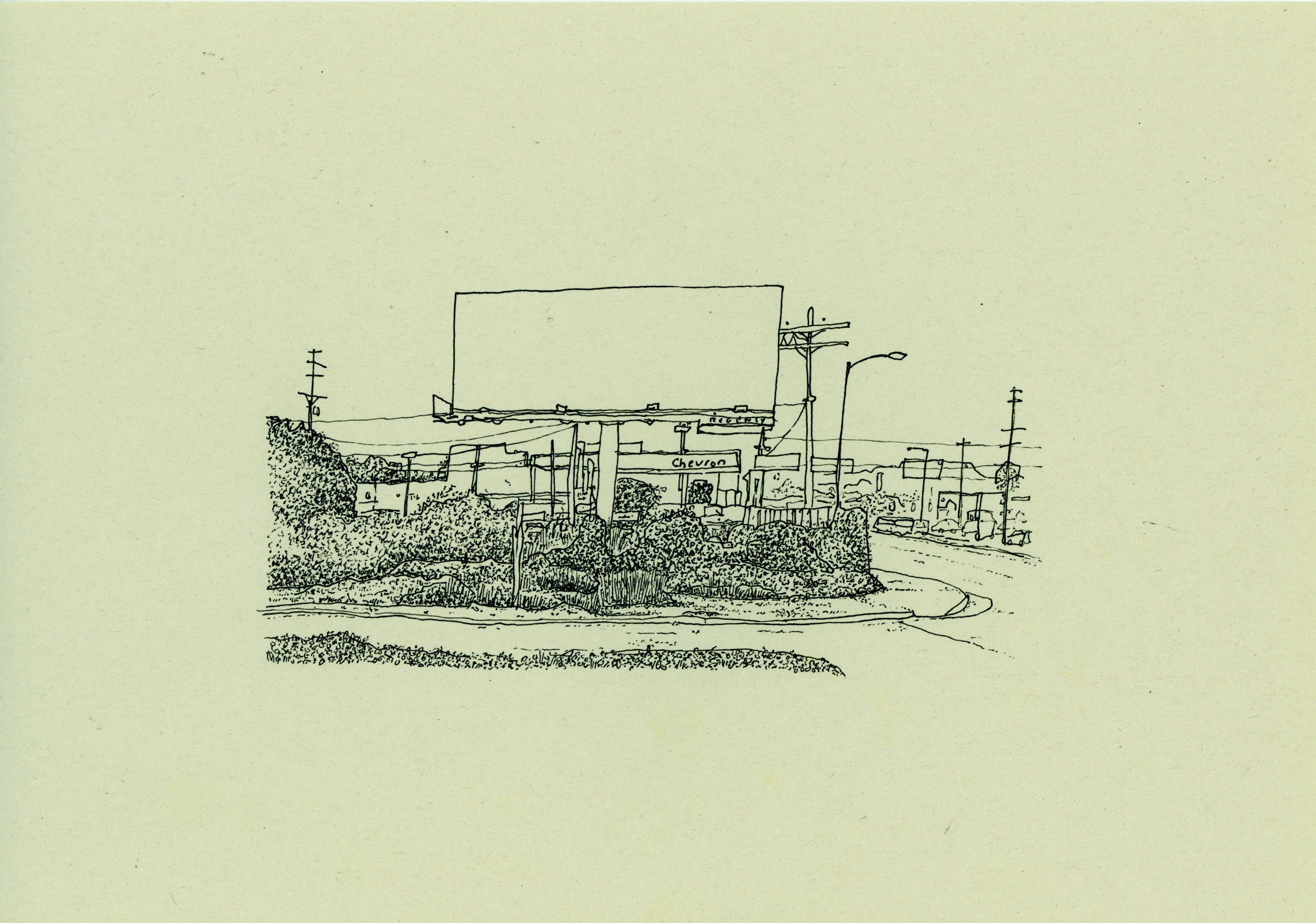 The emergence of Illustration Research

The emergence and development of an illustration research culture within education has been significant and will have further impact in the years ahead, not only in raising the profile of the discipline but also in its own criticality.

Alongside my own connection with Darryl Clifton and Geoff Grandfield in co-founding the MOKITA Illustration Forum, in the past few years I’ve had the privilege to present academic papers at international conferences such as CONFIA Portugal,  ICON The Illustration Conference USA, the Illustration Across Media: Nineteenth Century to Now symposium 2019 held at Washington University in St. Louis USA,  and ahead I’m looking forward to the 11th Illustration Research symposium on Education and Illustration at Kingston University London February 2021, the educators research network that I was honoured to be the first ever keynote speaker back in 2010.

It’s been great to witness the rise of writing on illustration, as evidenced in the AOI published Varoom magazine for which both John O’Reilly the former editor, and now Olivia Ahmad, who is also a curator at the House of Illustration  have helped elevate how we read and understand illustration.

Alongside Varoom there is a growth and burgeoning critical writing appearing in publishing, as seen in the academic Journal of Illustration published by Intellect Books, the expansive History of Illustration edited by Susan Doyle, Jaleen Grove, and Whitney Sherman, which took a global view of the development of image making in social, cultural and technological contexts. Also D.B. Dowd’s Stick Figures: Drawing as a Human Practice, and A Companion to Illustration: Art and Theory edited by Alan Male in which I myself contributed a chapter, have all made significant contributions to the development illustration studies. And I’m eagerly anticipating Rachel Gannon and Mireille Fauchon upcoming book Illustration Research Methods published by Bloomsbury in 2021. 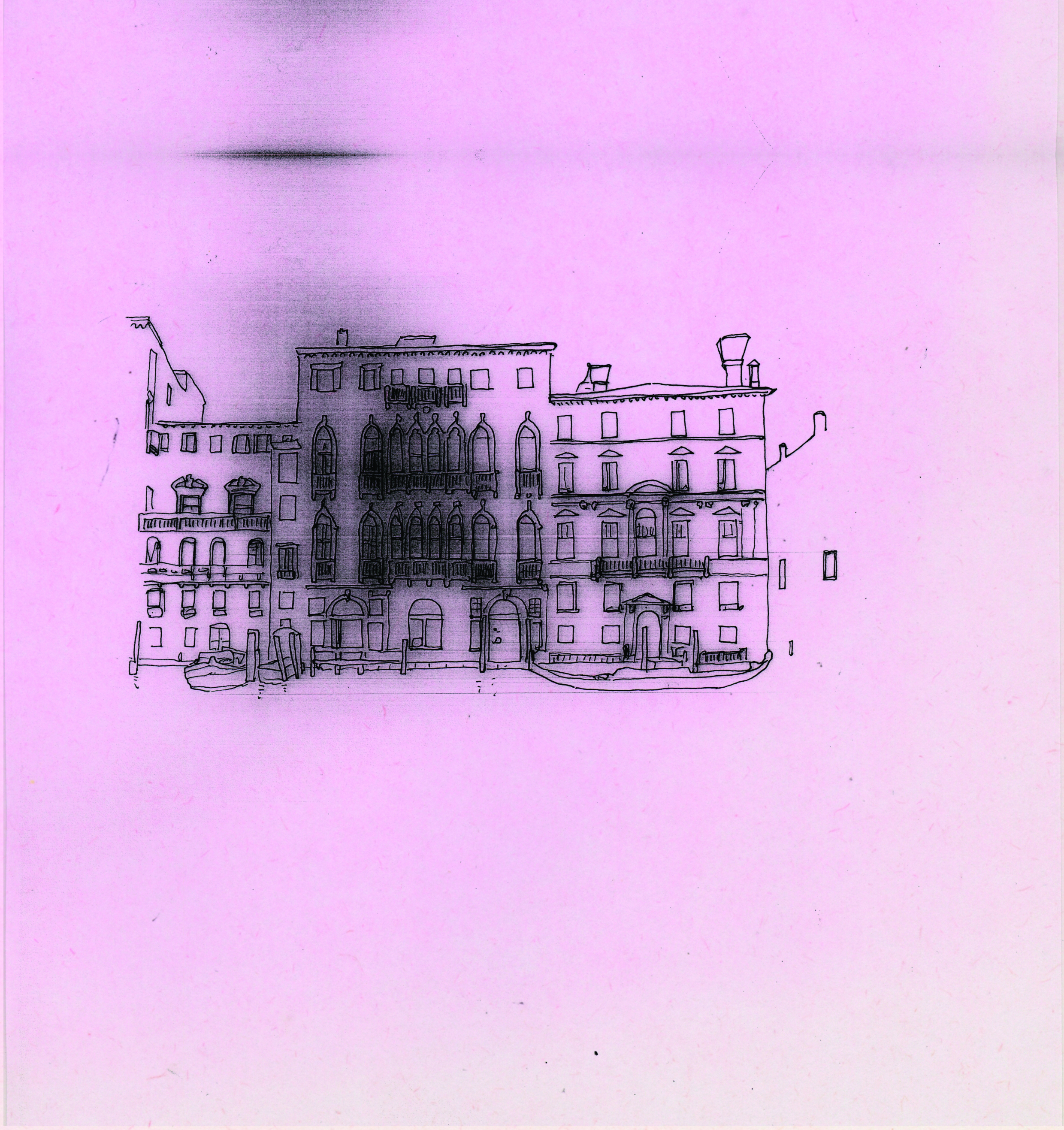 From a personal perspective there is never a dull moment being an illustrator, you always learn something new through the activity of making illustration, in generating or responding to content through the commissioning process, and so I look forward to continuing this alongside my commitments at the University of Brighton leading the illustration course. Ahead I have a webinar to prepare for China, and various writing assignments, peer reviews and external examiners reports to complete in the summer months.

Thanks to the AOI – it’s been a privilege working alongside all the staff and directors both former and present – Look forward to say hello at an event or private view in the future!