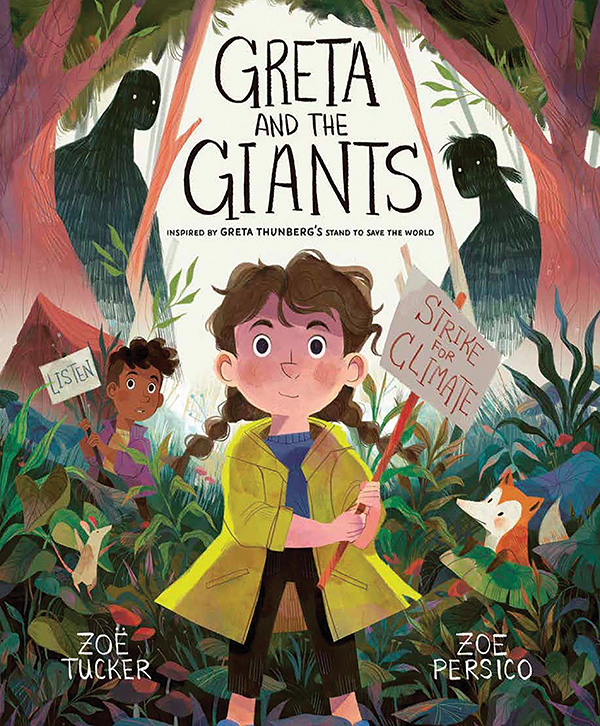 Greta Thunberg is a 17-year-old, Swedish school child who has become famous through her stand to save the world, beginning when she was 15 years old outside the Swedish Parliament one Friday afternoon. I have written reviews for stories about living people before and it’s usually a real-life account that has been adapted to help craft the story into a cohesive narrative. This time a real person has been cast in a fictional tale to help children grasp the concept of activism. 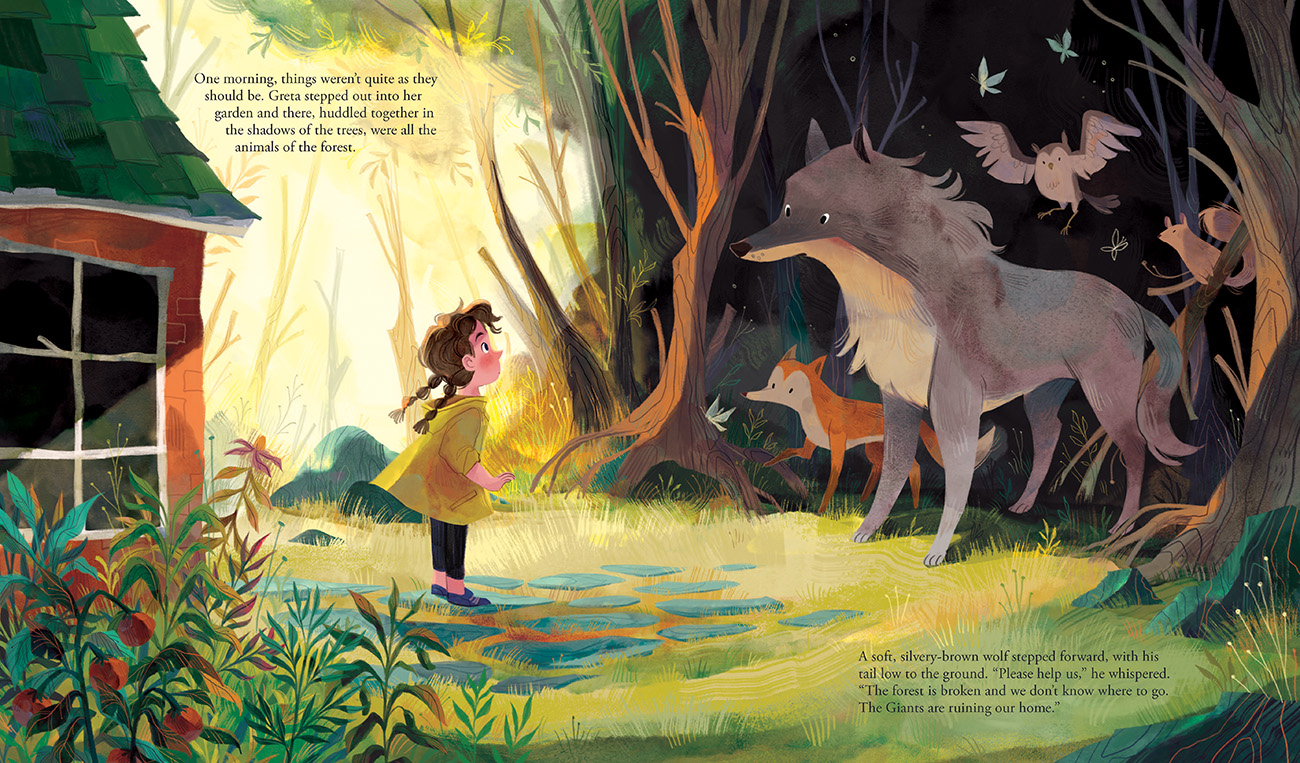 The cover is like a poster for a classic Western movie where our heroine stands legs apart ready for the final showdown with an unknown foe. Her face is stony in its resolve but her weapon is a large placard stating “Strike for Climate.” In the background are two silhouetted figures, could these be the Giants mentioned in the books title? The production of this book using UK based suppliers and printers align with its ethical stance. Greenpeace is a beneficiary of the sales of this book. 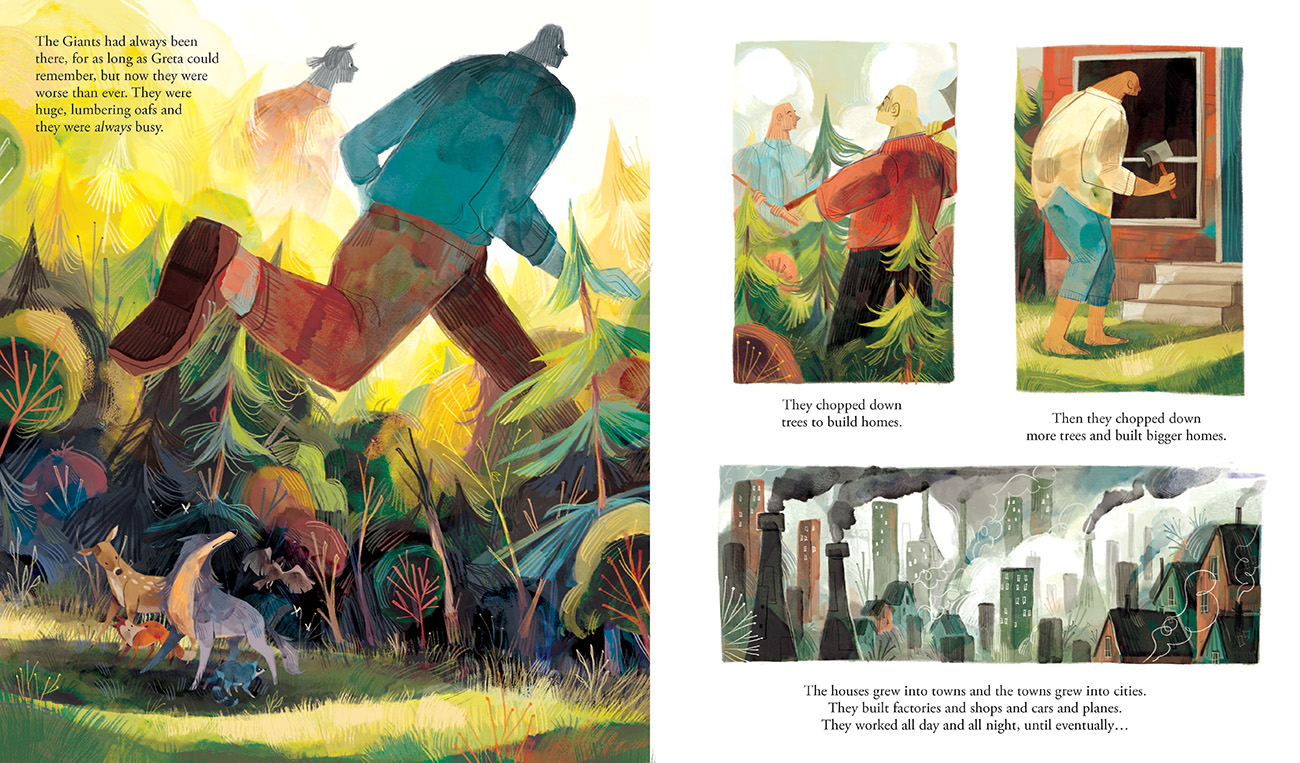 Zoë Tucker has framed this story of defiance into a magical fable in the mould of Hans Christian Anderson or a Charles Kingsley creation. Children take on the adult world because they have to in this story. In such cases of adversity, we need the children to ask themselves if it’s possible to inspire by your words and actions, and can they see themselves as capable of making a difference to the world. Greta has spoken truth to power across the globe and has as many fans as detractors, therefore she must be doing something right. 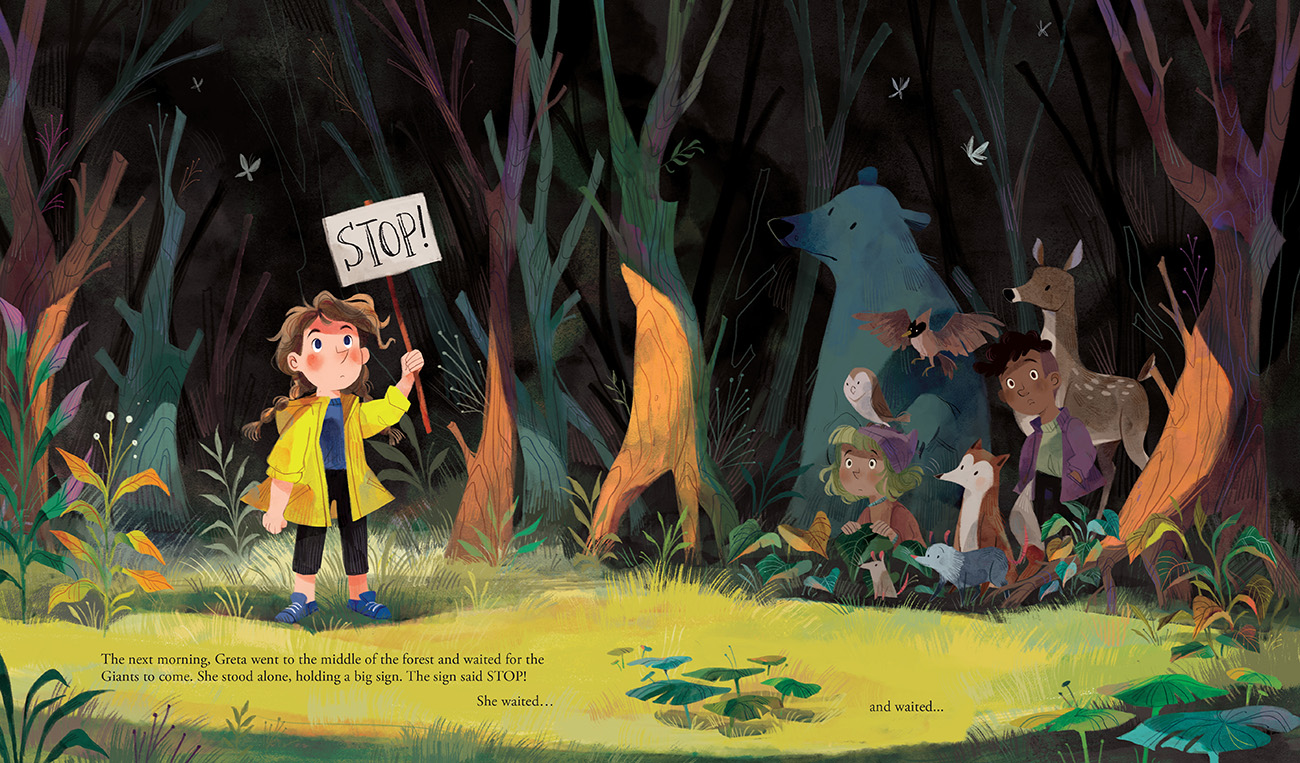 Zoe Perisco’s illustrations are bold, sophisticated, loose, dynamic using subtle tones of yellow, purple, brown, sage and hooker green. The figuration of the giants helps us to appreciate that they are engaged in their lives without much thought for the impact their desires are having on the planet. There are striking spreads in the book, for example the city consuming the forest, the children marching, placards in hands and the resolution images showing us what the world could be like if we all acted to save it. The three circular vignettes towards the end of the story are rather ambiguous despite the text underneath them. The text refers to the behaviour of the Giants after Greta confronts them, but the images look more like the children characters who are doing the protesting. I do wonder if an error has been made here. 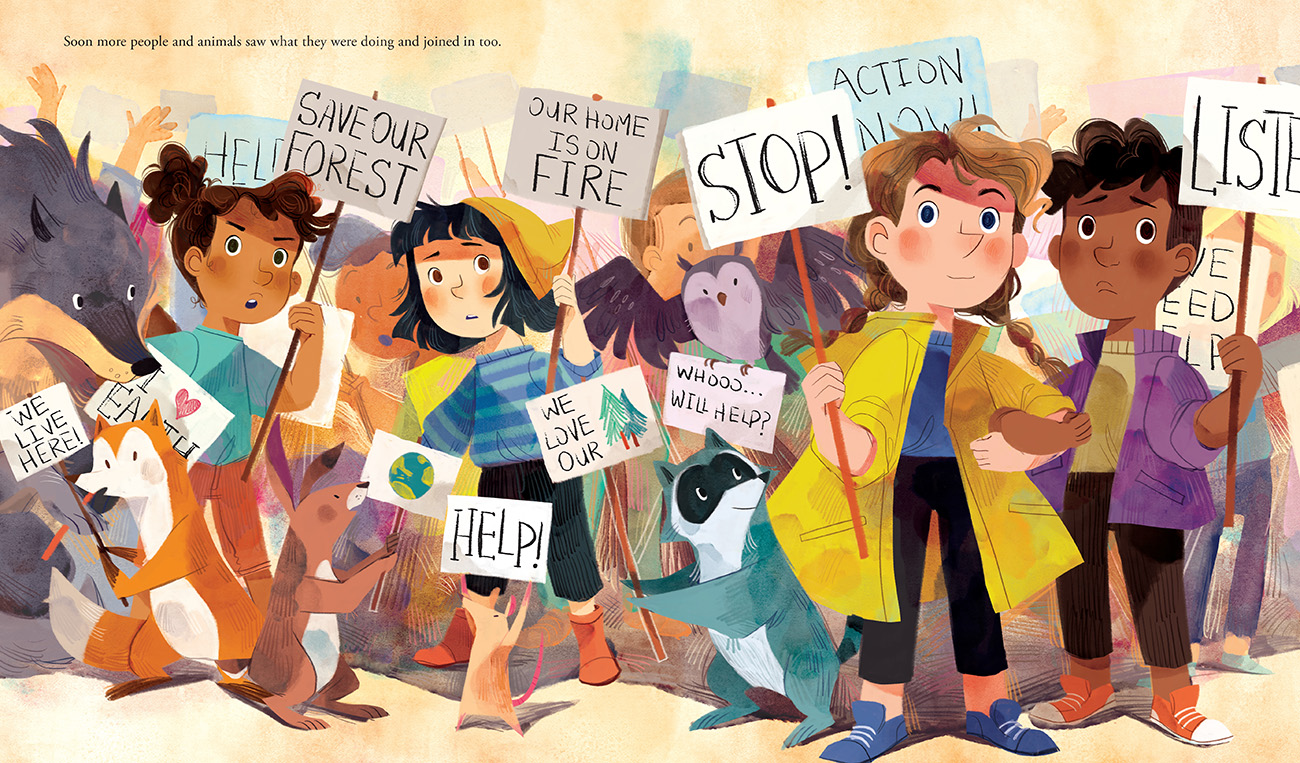 We want our children to be the future, but it is a complex matter these days. What will happen? Will the real Giants think about changing the world or is this an impossible future? Can children convince adult readers to engage with change to make a difference? Out of small acorns mighty oaks spring forth.