Introduction and text by Alan Powers 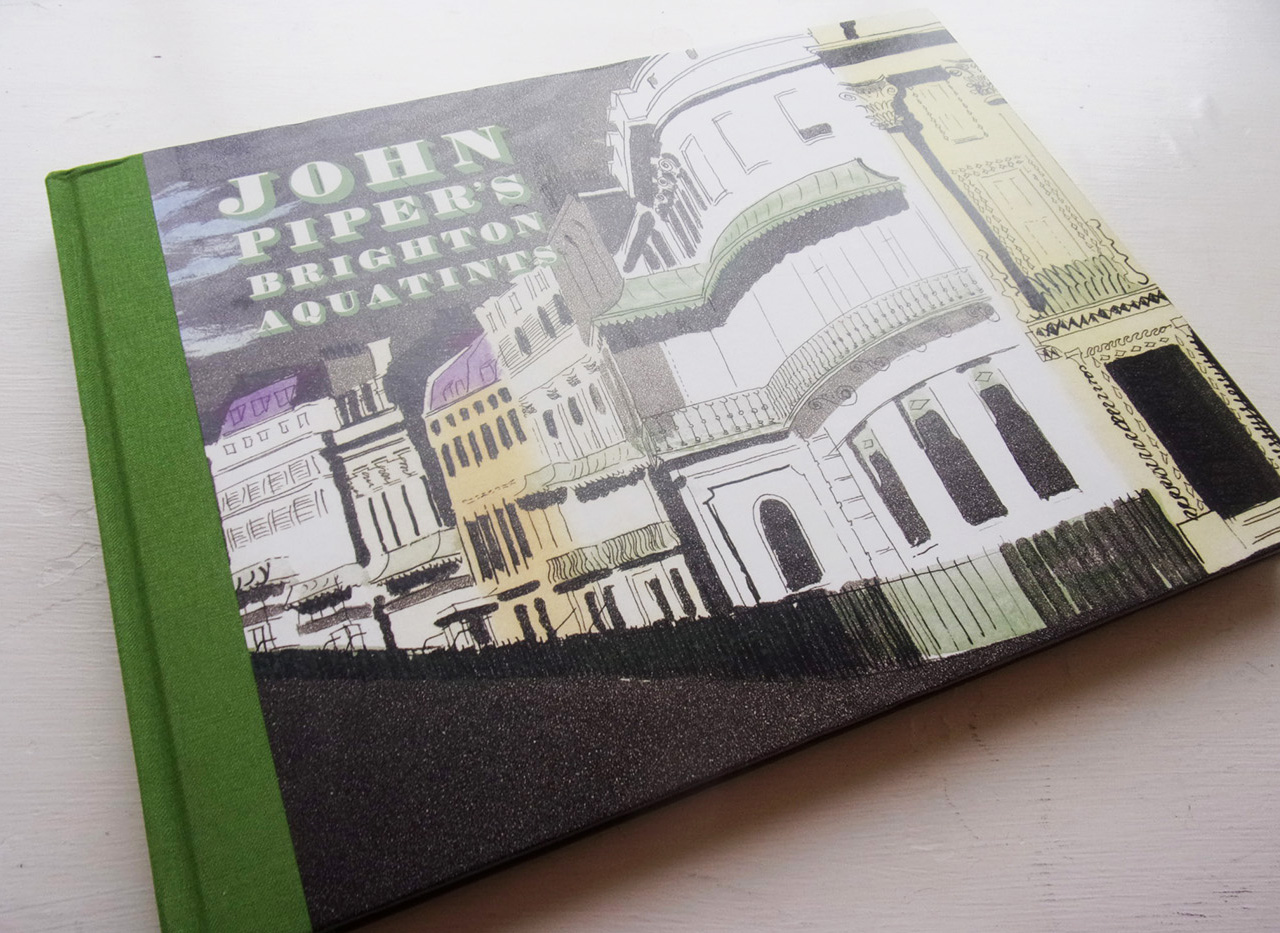 Brighton has maintained its reputation as a cool seaside town for a long time, and many of us have an impression of what it looks like, even if we’ve not visited it ourselves. This handsomely bound book reproduces Piper’s original aquatint production, showing how Brighton looked at the end of the 1930s, and Alan Powers’ text reveals how the town may have ended up looking quite different if those who thought that the Regency buildings (an essential part of its current appeal) were looking a bit old fashioned had had their way, and demolished them for new building projects. Even the famous onion-domed Royal Pavilion was considered a bit past-it.

Luckily Piper was interested in creating images of the town, and this book expands and contextualises the set of aquatints within Piper’s career, following on from his Surrealist works and before being an official World War II artist. The culture of the period is also reflected on, offering an appraisal of the contemporary attitudes to architecture and art. Powers’ text is informative and detailed – even covering the process and costs around the hand printing of the original – adding to the writer’s stated intention of examining art outside of painting in books.

Piper’s prints were created in monotone, but he hand tinted a number of the edition with some help from his friend John Betjeman, and the coloured up versions are shown alongside the original version here, adding a new dimension to the prints. There is a simplicity and spontaneity to the works, capturing the rows of houses climbing the Brighton hills, the many legs of the piers and the facades of local churches.

You wouldn’t have to be a resident of this most well-know of British seaside towns to feel attached to this elegant resurrection of John Piper’s aquatint artworks. 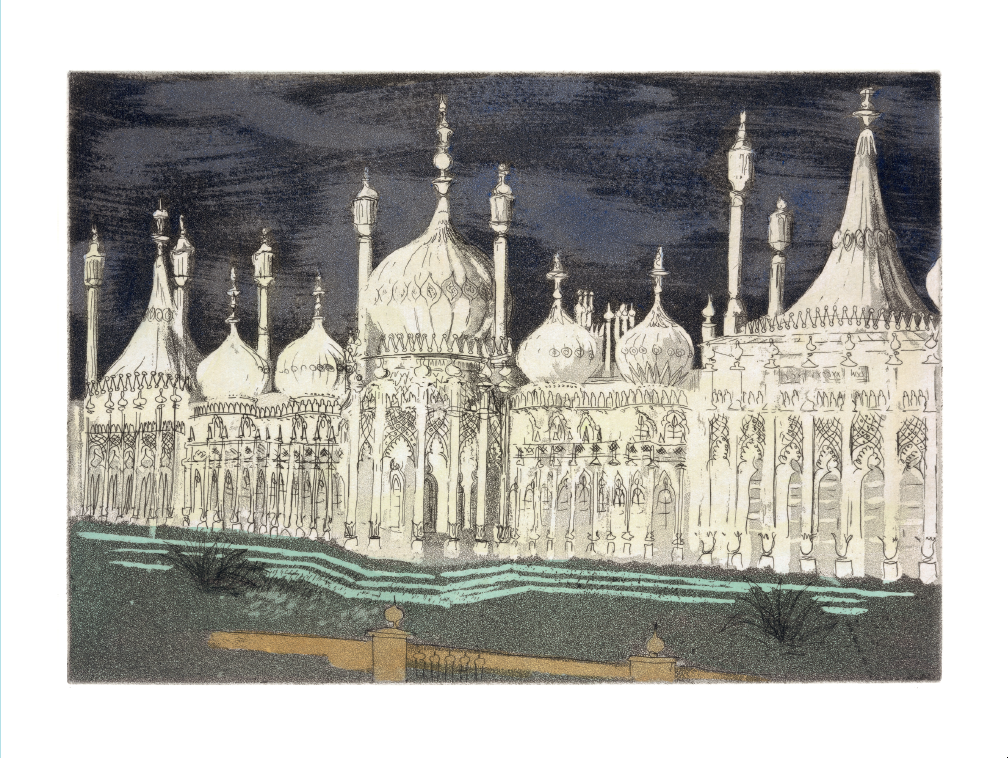