Memories of dial-up tone, video games and keychain collections are embedded in the work of Ram Han, but she also broaches adult themes; romance, sexuality and voyeurism. Her work seems at the intersection of innocence lost and complexity gained.

In this excerpt from Varoom 40 Alix-Rose Cowie talks to Ram Han about her artwork, and what it means to her: “From time to time, I’m obsessed with the urge to observe myself from a distance,” Han says. 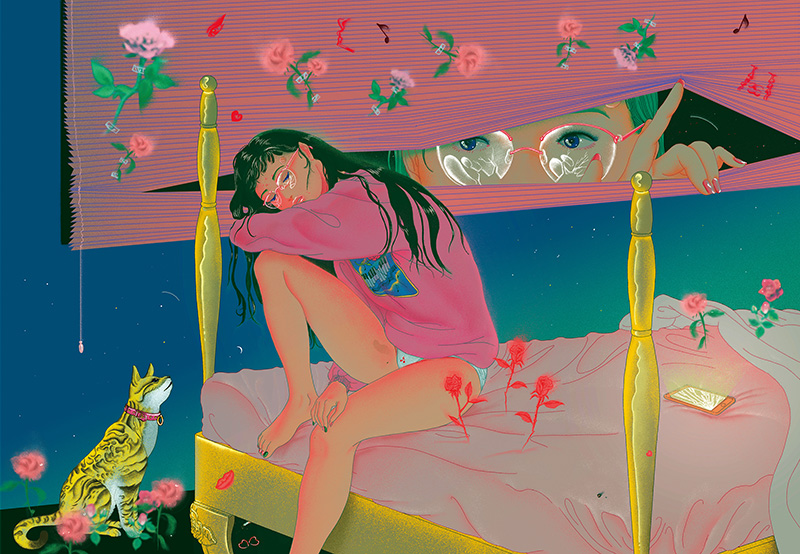 Han’s scenes feel like someone has pressed pause on a VCR. But she insists it’s not as linear as that, her characters have no elaborate backstory and she’s plotted no future for them; not happy nor sad. The storyline she imagines for her characters begins only a few seconds before the frame and lasts hardly a moment after it. “I’ve been drawing people as if I fell into the middle of my dream, not being aware of the situation,” she says. Instead she grounds her scenes in emotion. “When I draw them I think of familiar sentiments without a specific reason, such as disappointment, expectation, and déjà vu.”

Fantasies can be fragile, best handled with care. If one is followed to its logical conclusion, it’s eventually ruined by reality. They exist best like the moments in Han’s artworks, floaty middles without a beginning and an end to weigh them down. “Fantasy comes from stimulus in everyday lives,” she says, “It’s a tool I borrow to express a concrete feeling. I believe that if some scenes are expressed just the way they are then they won’t impress the viewers at all. My intention is to arouse viewers’ familiarity when seeing a scene from fantasy in my work, as if the viewer had seen it somewhere before.” 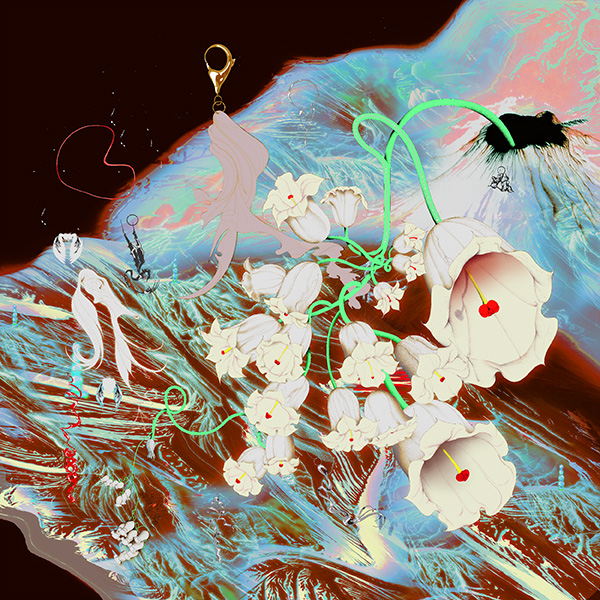