Slanted started out in 2004 as an online blog with a particular orientation towards type design, and as its creators Lars Harmsen and Julia Kahl travelled for work or holidays they met many different creative people seeing how they lived and worked and the variety of these different practises became an increasingly important feature of their writing. The scope of their vision widened accordingly, Slanted came to include features on photography, graphic design, illustration and a print edition was started as a side project. With the means to give certain topics on the blog a deeper treatment of the design scene as it stands in a particular country or city, the resulting content is an entirely personal selection giving equal coverage to both upcoming and established creatives. 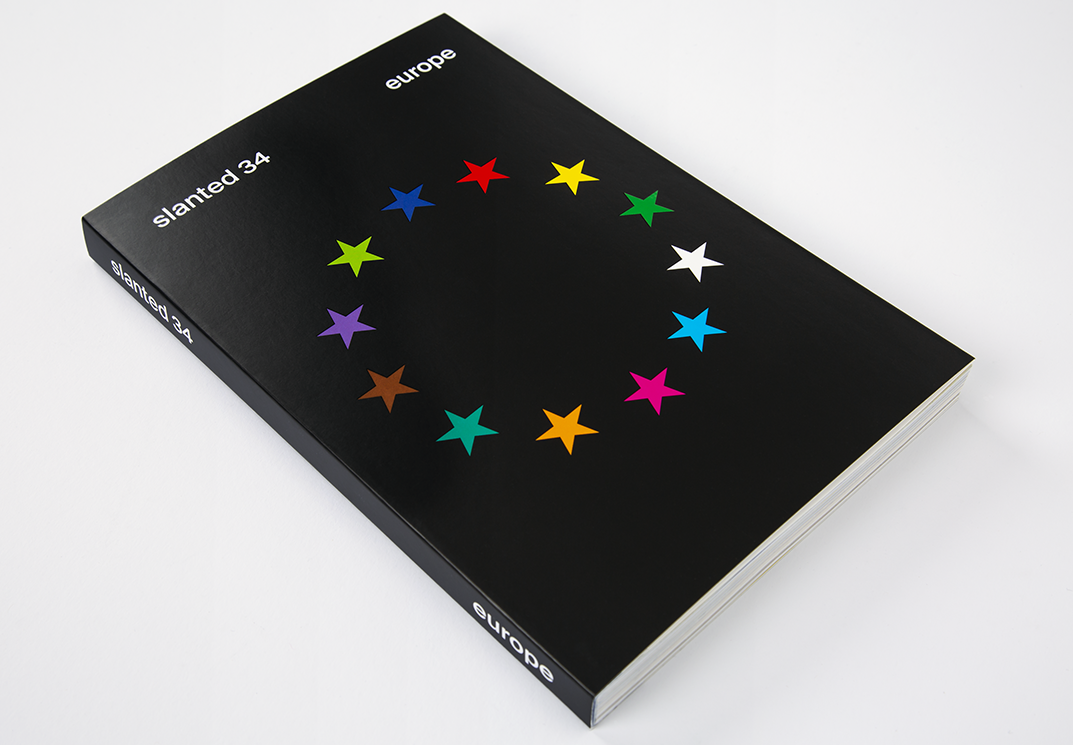 Designs created by a german initiative #2605 for the 2019 European elections served as inspiration for the cover of this issue.

Slanted 34, the Europe issue came about in 2017 in a Vienna coffee shop where Julia and Lars were participating in a design festival. A populist nationalist party had just made considerable gains in the country’s elections, a trend being repeated all too frequently across the continent. The idea came to them there and then for a fitting riposte which would be to give artists in every country of the continent an open platform to voice their own, individual, positive and negative views about Europe.

The layout of the review reflects the editors’ aim to offer a space free of constraints. The works are presented without any editorial intervention, any attempt to identify and form patterns or highlight or advance any perceived overriding consensus of opinion. The views expressed remain the property of their owners and we are invited to simply take some time to look and to make our own interpretations. The review’s layout is dense and unremitting, deliberately hindering a rapid consumption of its contents, thus providing sufficient time to digest, reflect and react, ensuring the edition’s durability as a continuing source for reference and inspiration. 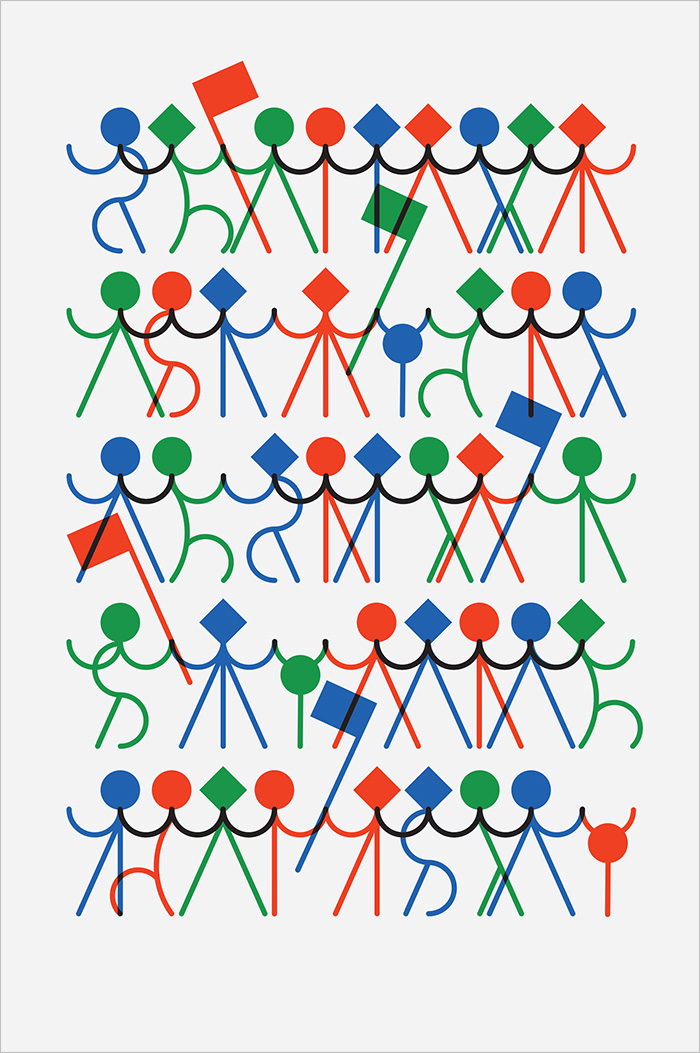 Since living in France, I’ve come to feel that the European project suffers from being too orthodox in its aspirations, certainly in how it communicates any notion of a collective culture and creativity. Its most graphic forms of identity, the flag and the euro are unadventurous in design, weakened by consensual decision making; design by committee. Slanted’s editorial approach, that of creating a space for creatives to speak for themselves makes for an eclectic collection of artistic statements that together offer a powerful antidote to the conservatism of the establishment. The cover image, based on a reworking of the EU flag by #2605 (a joint action in Berlin during the run-up to the European elections) sums up how effective good design can be in inspiring discourse, encouraging people to rethink how they see society and their place within it. In this case, to see how a celebration of diversity can provide the means with which to break the spreading of the reactionary thinking behind fortress Europe. 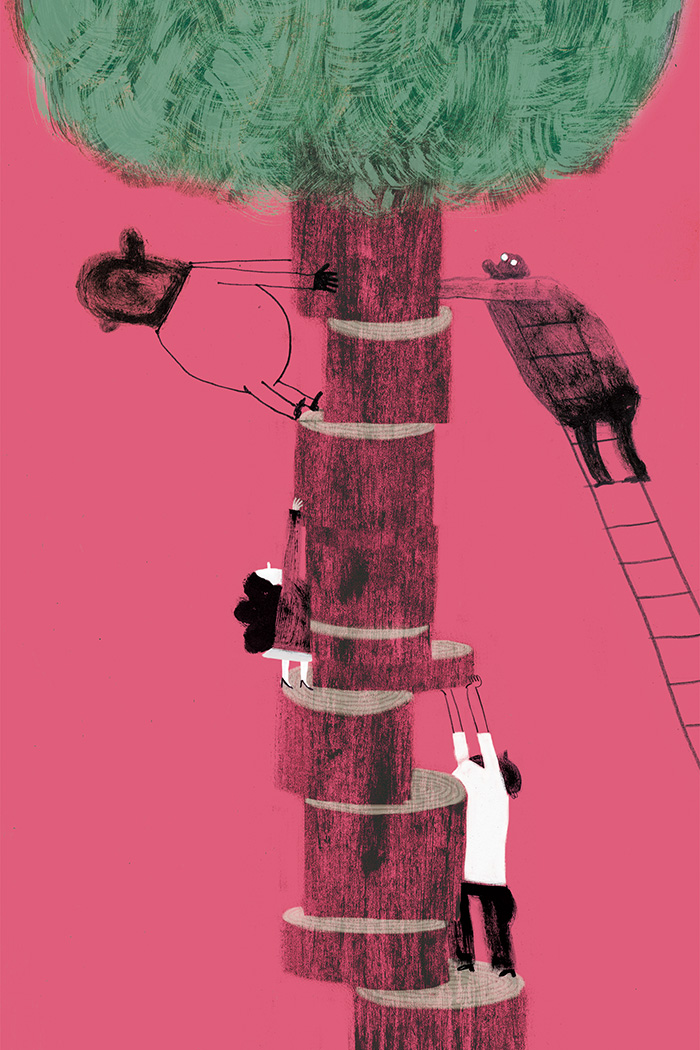 Klaas Verplancke, Brugge (BE), Europe tartare: How will The Old Continent survive this stark polarisation that seems to be taking hold, across Europe? Will Europe be cut into pieces, or will it become a strong, steadfast tree that can withstand any storm

Although Slanted #34 addresses issues affecting much of Europe at present, it’s timely appearance, as Brexit begins, gives added poignancy to the wide-ranging expression of ideas presented. That they might well turn out to offer a more insightful outlook, than at present, on future sentiment about Europe is made clear in Mr Bingo’s print on the futility of isolationism People Who Voted For Brexit Who Are Now Dead. Slanted #34 stands then as a plea for a multi-faceted and vibrant Europe, against the backdrop of an Europe of nations, right-wing populism. An outward-looking Europe prepared to address the global challenges brought about by the digital revolution. 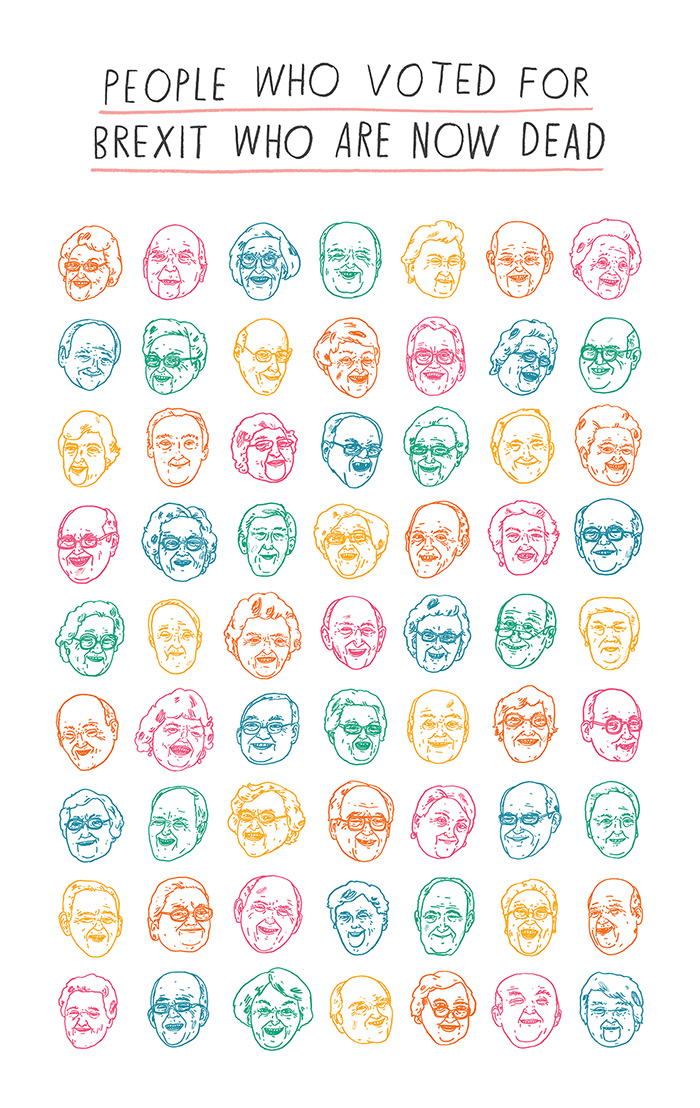