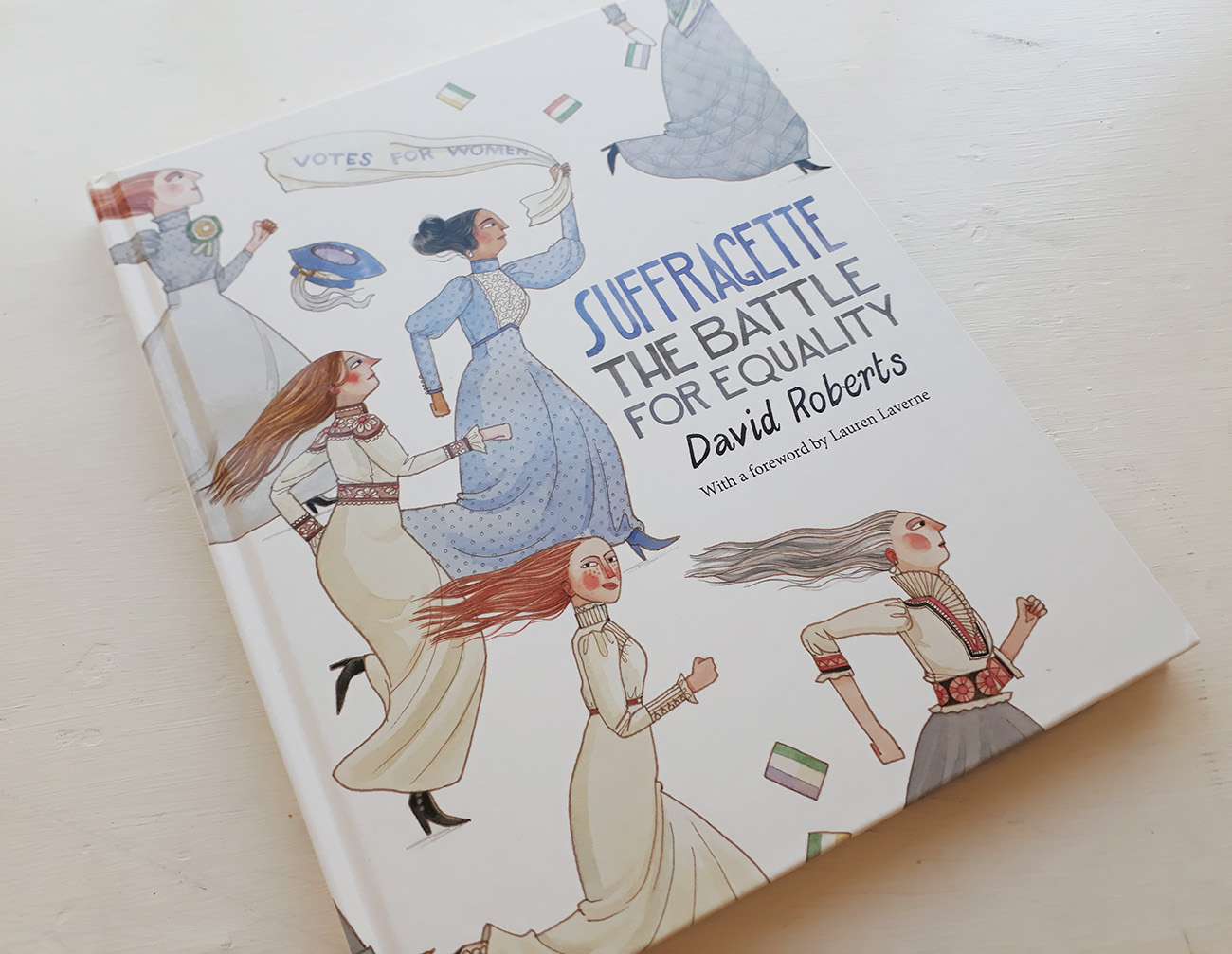 There’s a list at the end of David Robert’s book that lists when countries allowed women the vote, and it’s truly shocking. It starts in 1881 (partial suffrage in Isle of Man) carries through 4 long columns of small type and currently ends at 2015 (Saudi Arabia). And there are scores of countries listed through each decade up to the 1980s. Hello progress. 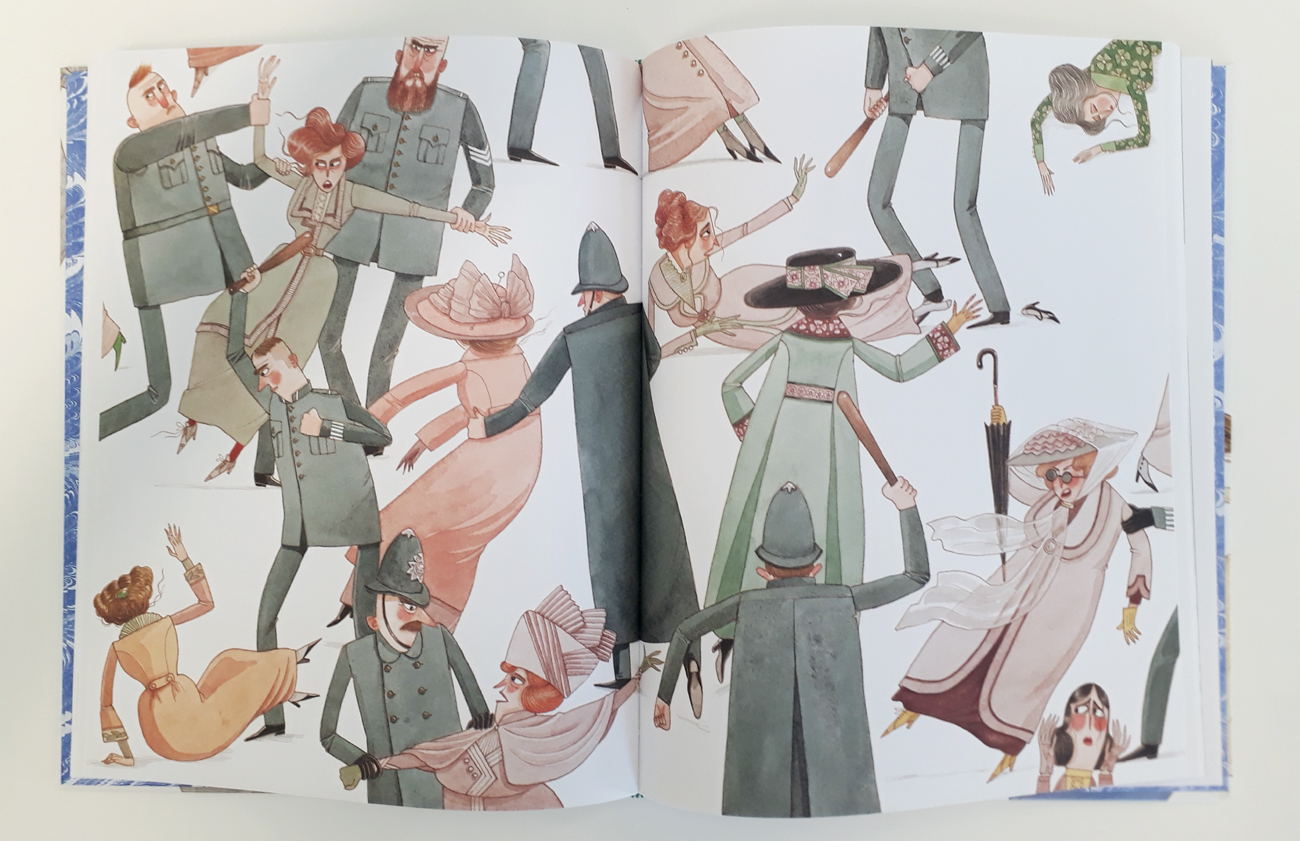 You may think you know about the Suffragettes, but there’s no better time than now to be reminded – or to learn for the first time – about the extraordinary achievements of the women who ingeniously campaigned, sometimes fought, were jailed and horrifyingly force fed to bring about this early step in the empowerment of women. 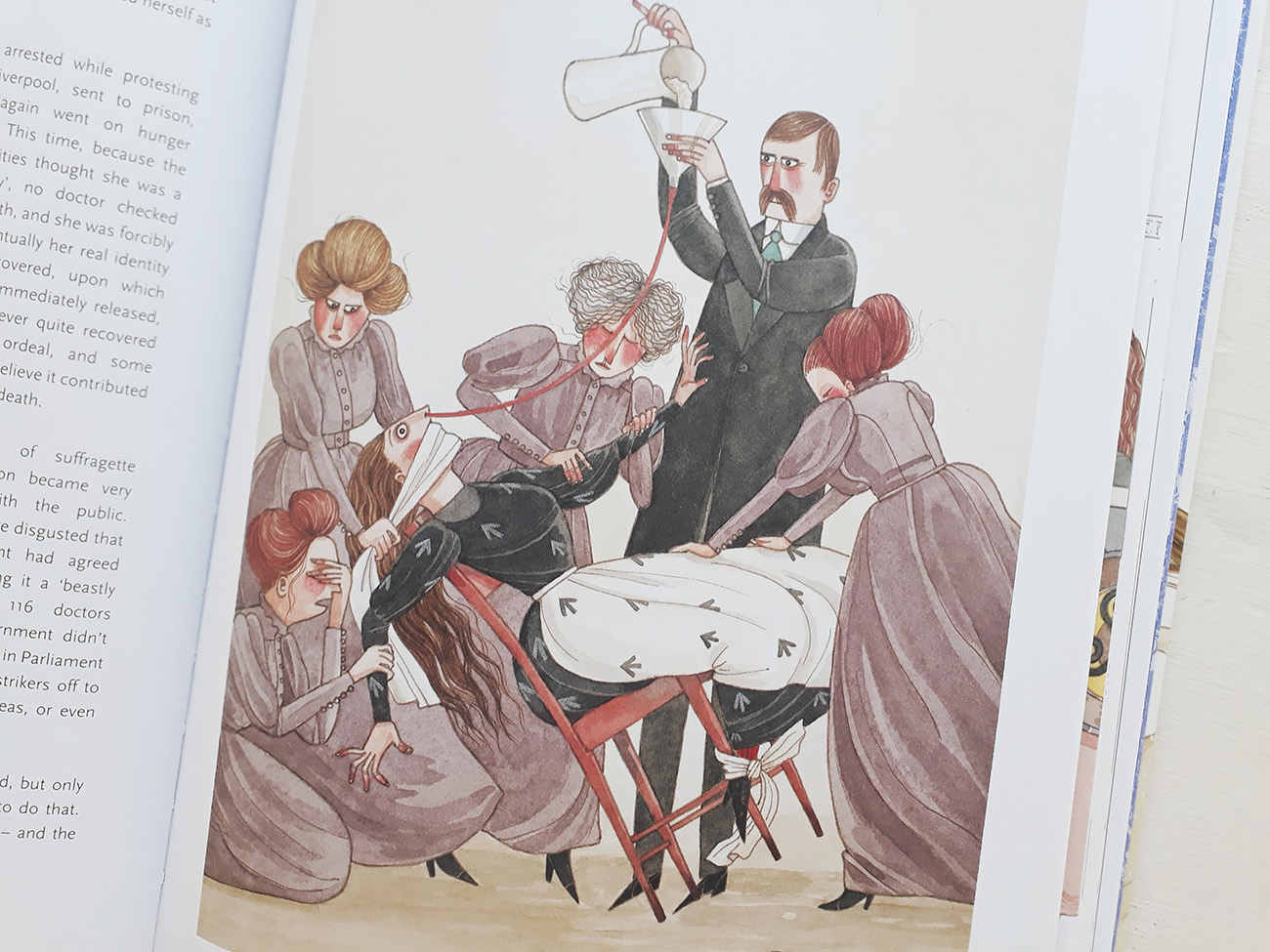 Although there is a lightness of touch in his deft, watercolour illustrations, Robert’s leaves no doubt in his words about the weight of the long struggle. As a book aimed at young people, it’s written in clear language that doesn’t shirk from incredulity at some of the staggering events and the reactions from men (and some women) in power as the campaign for votes for women continued on for far too long. 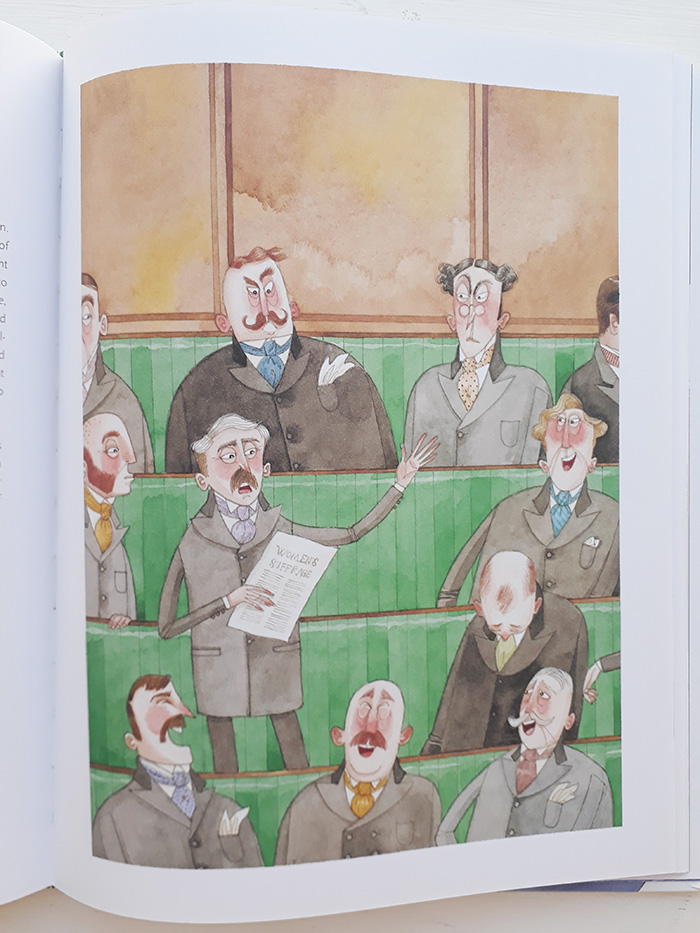 As a book that mainly features images of people across many decades, Robert’s has chosen a subject that emphasises the many strengths in his depictions of people – clothing, facial expressions and stance. Hats, dresses, suits all capture the styles of the period, with the dynamic shapes created by women chucking stones and hanging from ropes to disrupt men’s’ meetings carrying a cheeky sense of humour alongside the gripping facts that the book reveals. 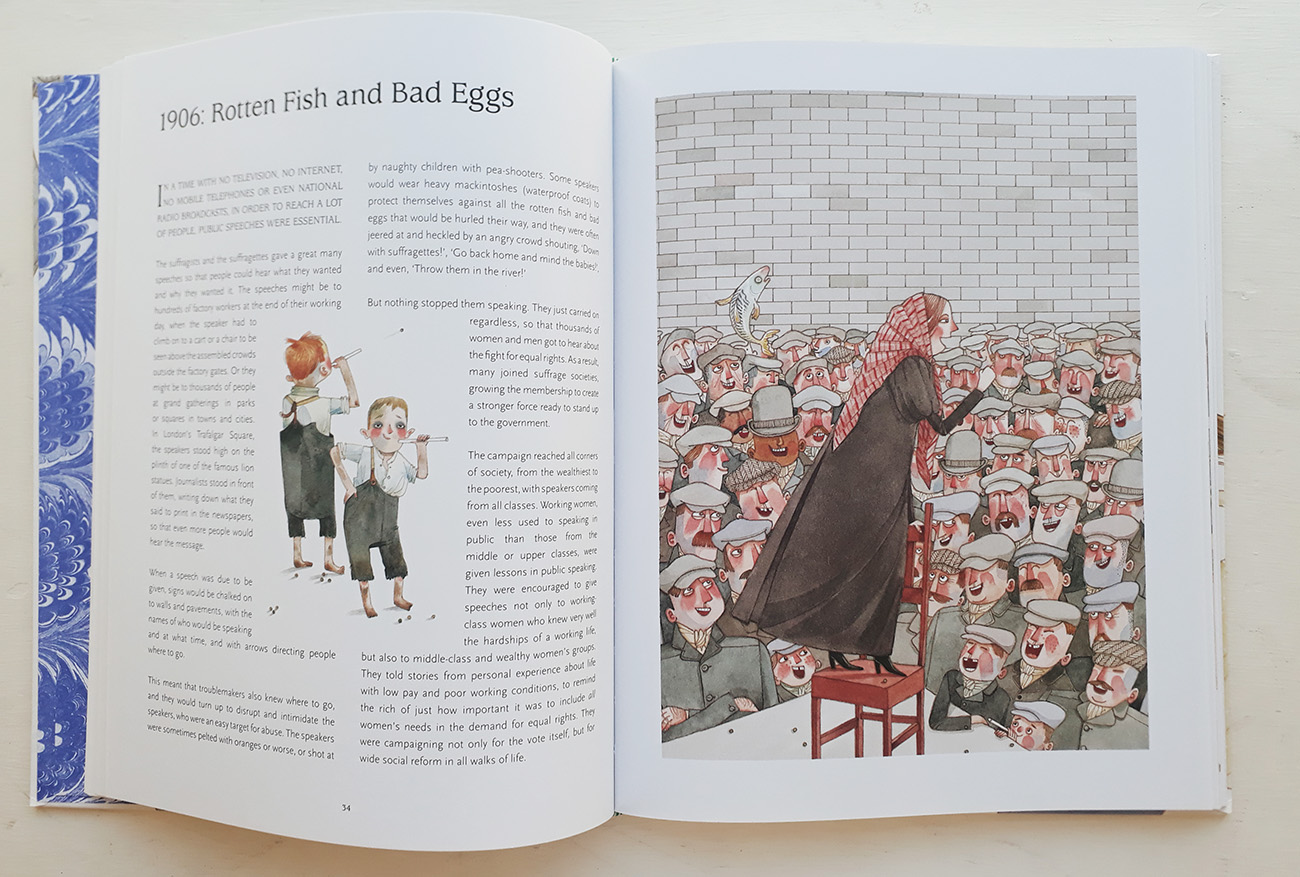 The smirks of the men, amused and irritated by women fighting for the right to vote, convey all you need to know about the attitudes prevalent at the time. And the fact that these attitudes haven’t exactly disappeared in the current day makes this book an important reminder that gains for our society are not guaranteed to be protected when prejudice holds sway. 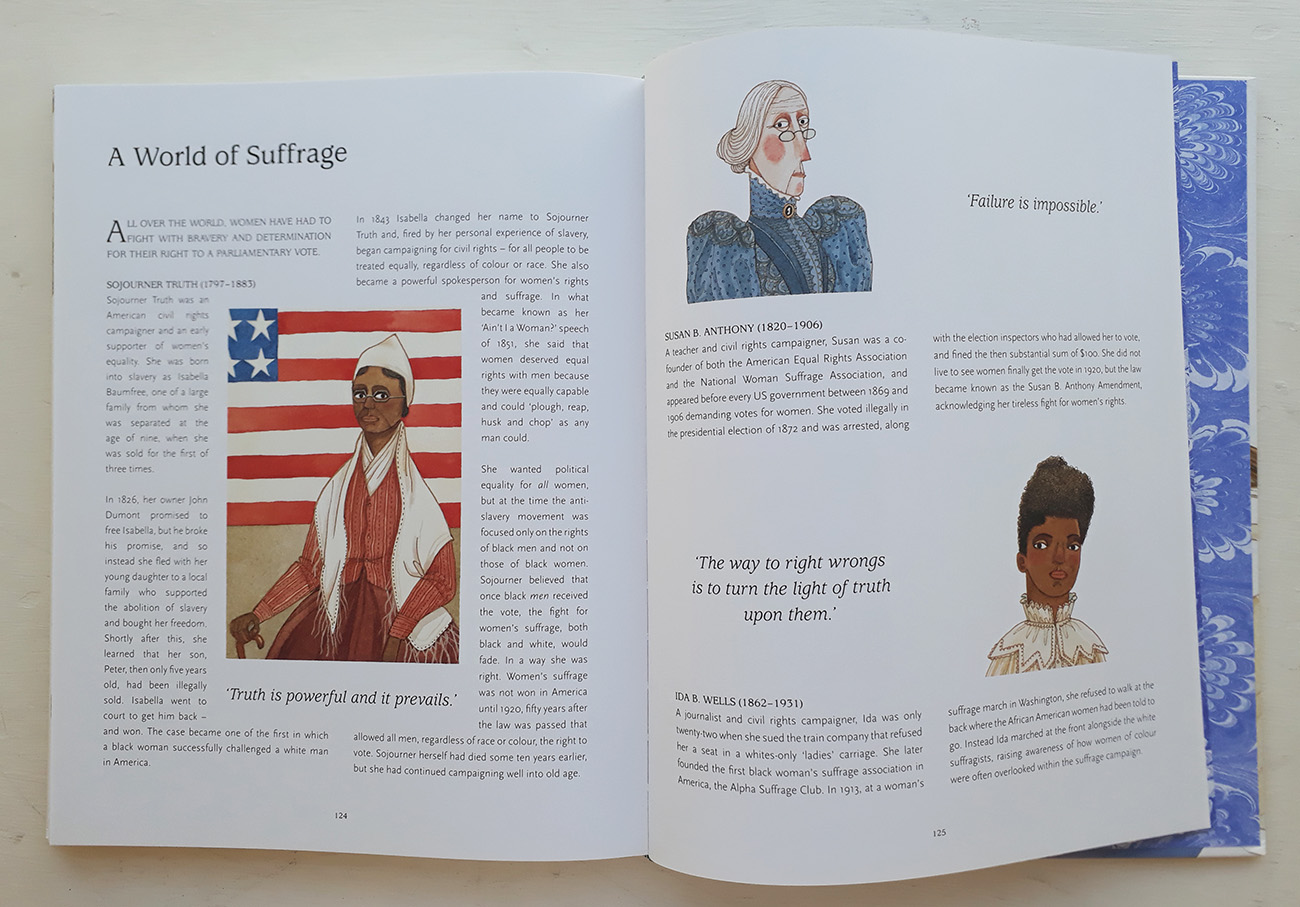 The US edition of Suffragettes the Battle for Equality has just been published by Walker US.