Edited by The International Centre for the Picture Book in Society 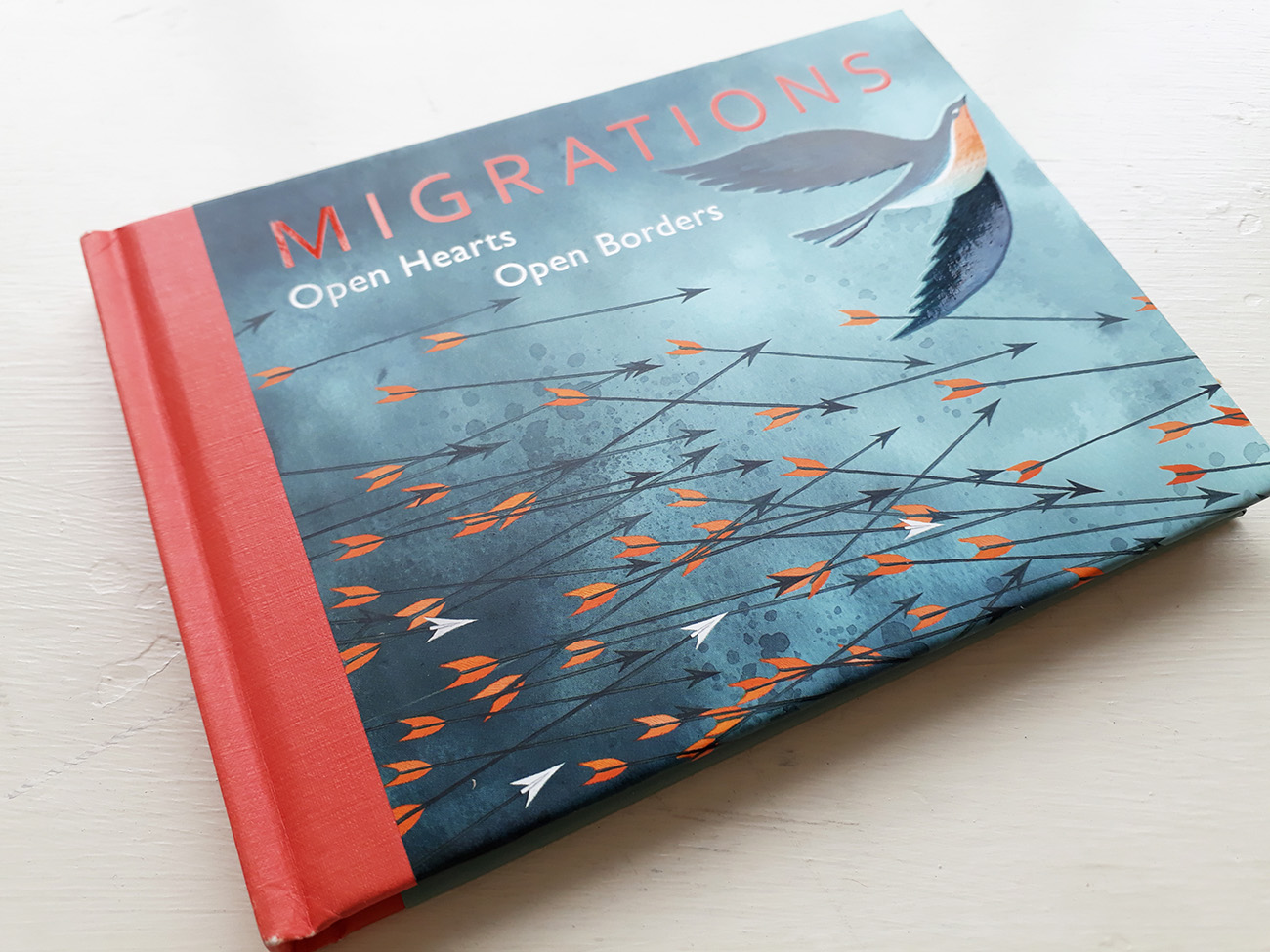 Conceived as an exhibition in 2017 by the team running the International Centre for the Picture Book in Society (ICPBS) at Worcester University’s School of Art, the Migrations project started when word was sent out to illustrators asking them to create an image for the front of a postcard (plus appropriate text on the reverse) on the theme of ‘migration’. The project’s aim was to ‘express support for and solidarity with the hundreds of thousands of human migrants who face immense difficulties and dangers in their struggle to find a better and safer place to live.’ When asking for postcards, the organisers stated ‘Do not be concerned about possible damage to the card that you will mail to us. The stamp, the journey of the mail and all it entails will reflect the fragility and the precarious nature of migration.’

Responses came in from over 200 illustrators, mostly from Europe but also as far afield as Iran, Japan and Chile, including famous names such as Shaun Tan, P J Lynch, Jane Ray and Jon Klassen. These were exhibited as an installation at the Biennale of Illustration in Bratislava, Slovakia in 2017, with the show subsequently travelling to several other destinations. 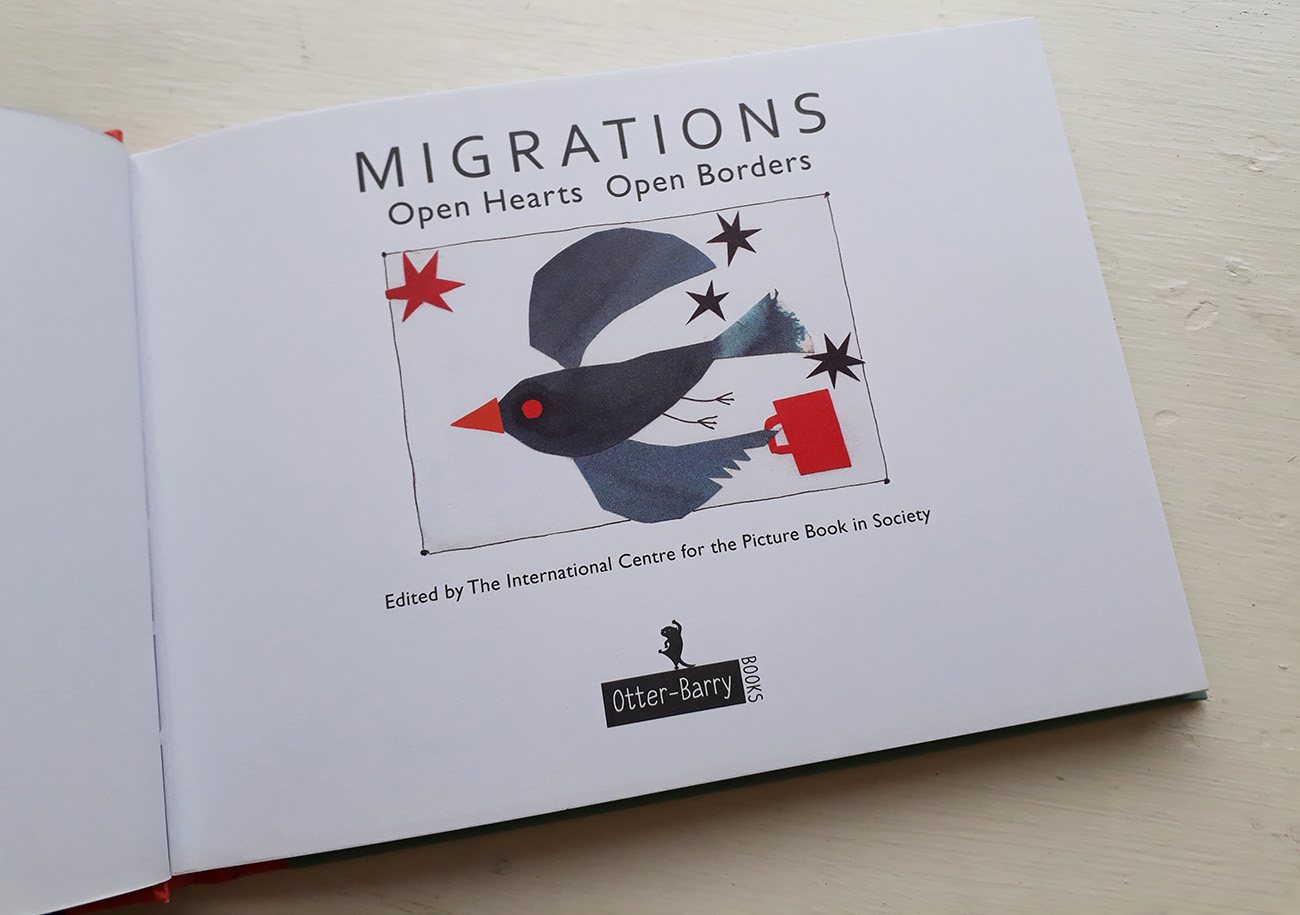 Following the exhibition Piet Grobler and Tobias Hickey from ICPBS approached Otter Barry books who offered to publish a selection of fifty of the illustrator cards. In his introduction to the book, Shaun Tan says, ‘All migration is an act of imagination, a flight of imagination’ tying the process of image creation to the leap of imagination that refugees may take to picture a different life for themselves.

The book covers four themes; Departures, Long Journeys, Arrivals and Hope for the Future, and the artistic approaches vary from realistic painted depictions of birds to ones shaped from origami, to abstracted shapes – all personal responses to the migrant crisis in pictures and words.

Many reflect the children’s book background of the illustrators, sweet, engaging and colourful; with others more surreal or darker. Some offer quotes from other sources, or like Maja Stanic, originally from Bosnia & Herzegovia, give a personal account: ‘I came to UK as a refugee in 1993 because of the war in my country. In my suitcase I had eleven paintbrushes. I thought they would help me survive in my new life. Now I am a glass artist, have my safe nest (studio) and am making little birds out of glass’

Migrations is a lovely pocket sized book, filled with images and words which encourage the viewer to mull on what it means to leave for a new, maybe safer, future. As relevant now as it was a few years ago at the start of its journey from exhibition to publication.

See more on the original exhibition.