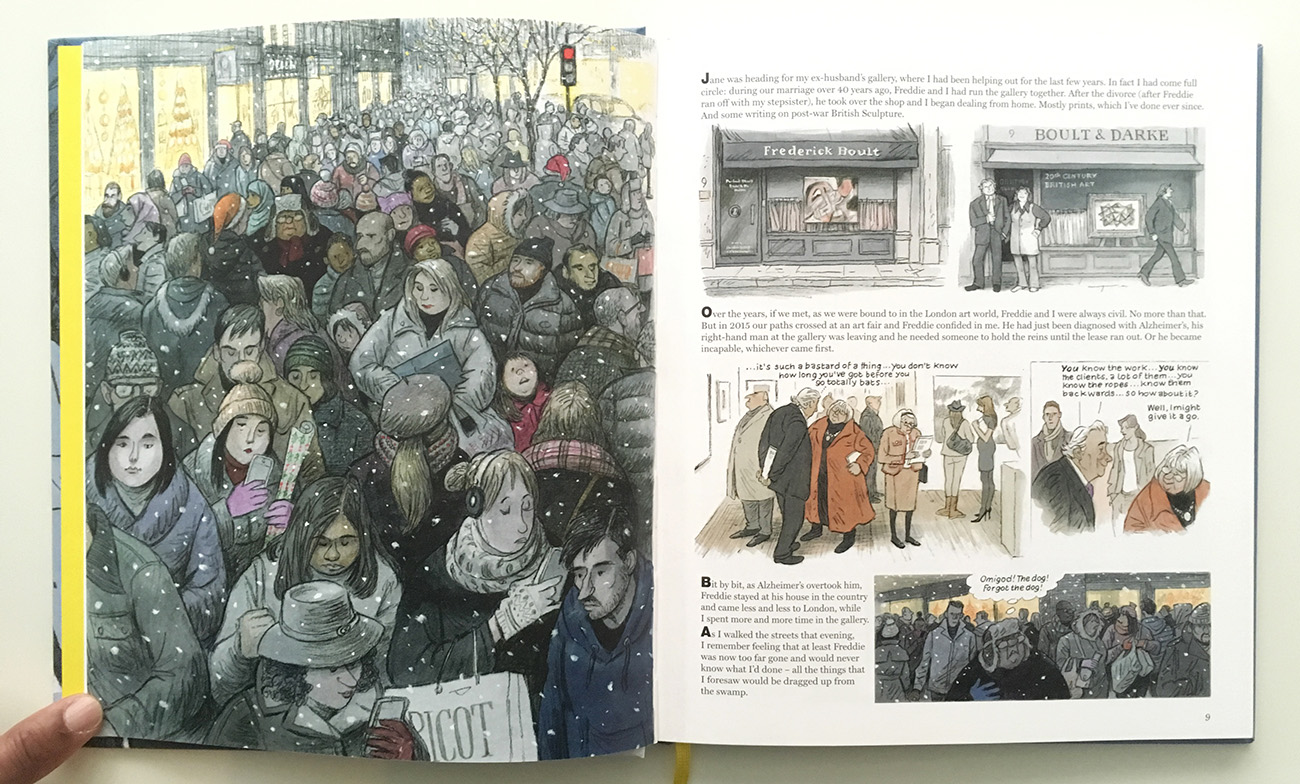 At last a very unlikely female anti-hero who is well into middle age and has hardly any redeeming features. Posy Simmonds has put her finger on the zeitgeist presenting to the reader a world no longer sure of itself, where pigeons always come home to roost. Cassandra Darke has her eye on the main chance, but when the truly vile encroaches upon her world where will her moral compass lead her? 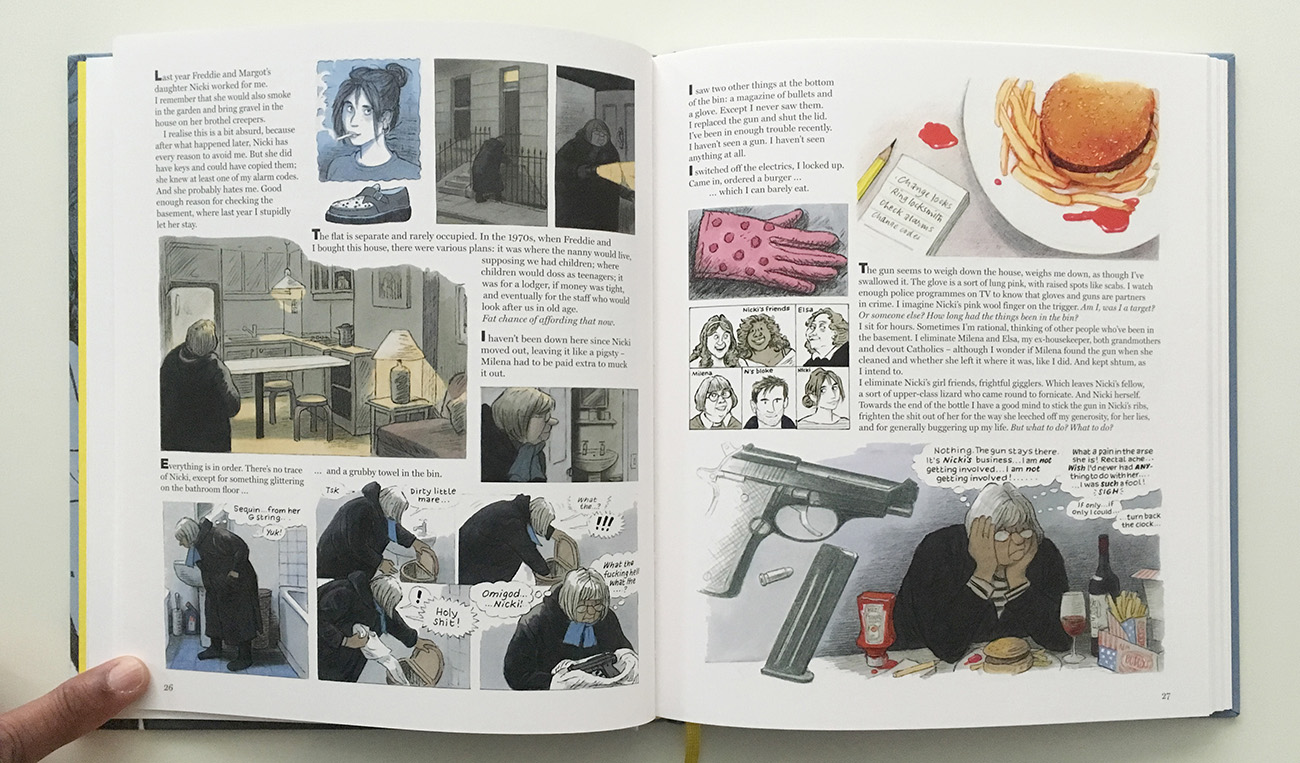 Cassandra is a fine art gallery owner, with currency in certain strata of the British class system. She lives alone in a house estimated to be worth seven million pounds on a pretty but mostly deserted square in Chelsea, London. It’s her fortress of solitude, but without any solace. Many times she has contemplated the dreadful means she can use to leave her unhappy life behind. Privileged but petty, she risks her reputation for money that she doesn’t even need. She appears bored and is boring. 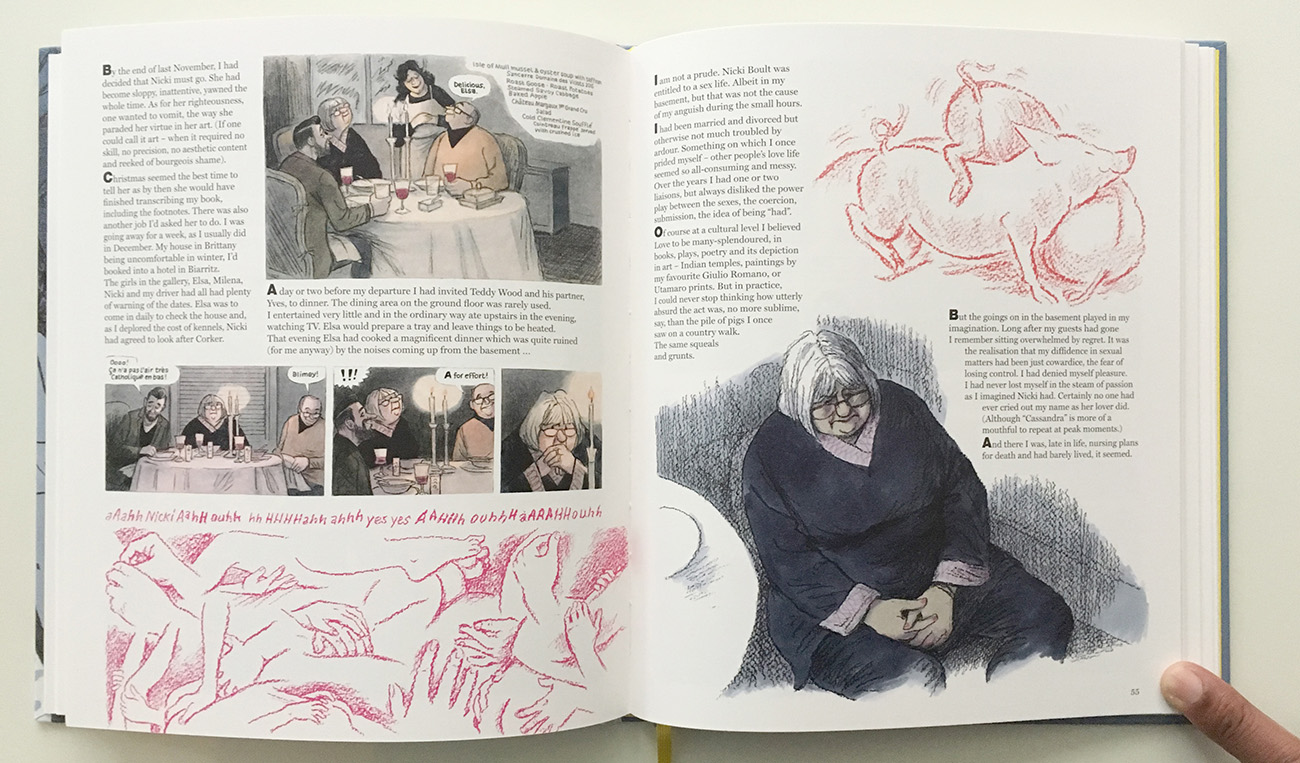 We are kept engaged by the ‘crimes’ that Cassandra commits in order to satisfy her selfish but pointless needs. She suffers from a sense of entitlement and looks at the world through haughty eyes and callous regard. Cassandra, like her namesake from the Greek tragedy ,is seen as dishonest and a mad woman. It’s only when Nikki, her niece moves into her basement that her life starts to have a purpose once more and she looks to the future with optimism.

This slice of life story is constructed to take in the time the year from Christmas 2016 to 2017, and cheer is in short supply As we socialise with our friends and colleagues one never knows who is drinking at the next table and how meeting them might influence events. Simmons makes this type of encounter pivotal to the story and takes it in a more challenging direction. Not even Cassandra’s best efforts can keep this at bay. 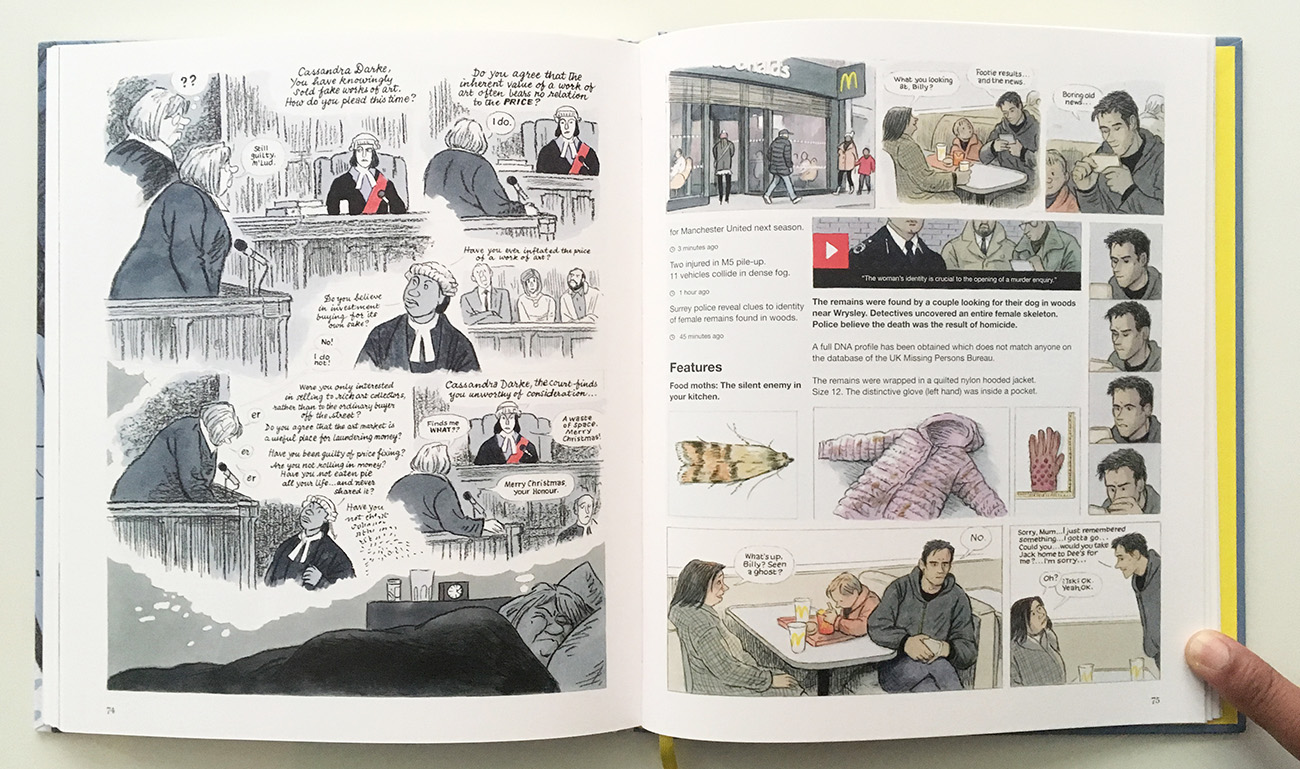 The drawings are exquisite, delicate and powerful. The clean crisp line work is handled as deftly as a 19th Century Master. Simmons channels Charles Dickens using words and pictures to expose the foibles of her complex characters, and creates a believable space which holds a mirror up to contemporary London. Her writing shows us the way a façade is built up and then knocked down, and how physical and sexual violence is so common place that we have become blasé about it. She acts a visual essayist in her reflections on day to day living.

At a time where the gap between the haves and have nots begins to reach Dickensian proportions, this story displays that the difference between Them and Us isn’t so wide after all. Wealth in its exclusive position distorts any sense of community or reconciliation. When things go very wrong it’s the public servants who have to save the day and stitch things back together. 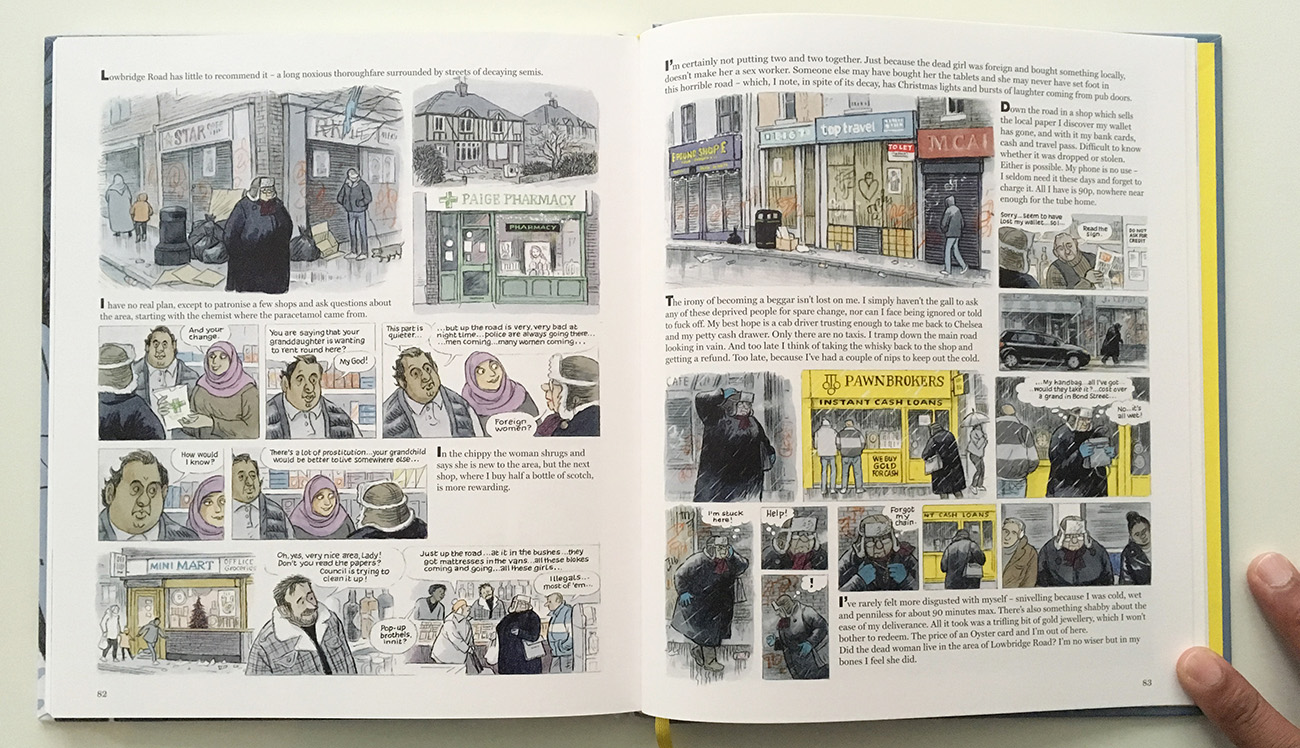 I think that Simmonds is well aware that far too often women who are childless, independent and have strong personalities are seen as ‘other’ and fair game for criticism. A Women who knows her own mind has to be neutralized. Transgressors who threaten the status quo must be controlled. I know what women like Cassandra would say to that: “Bollocks!”

Posy Simmonds: A Retrospective is now on at House of Illustration until 15 September 2019
The first major UK retrospective of the celebrated comic artist and graphic novelist.