Dani is an illustrator based in New York. She graduated with a BFA in Communication Design from Washington University in St. Louis and is pursuing her MFA degree in Illustration as Visual Essay at School of Visual Arts. Using bold and limited colour palettes, she likes to create fun and whimsical characters to tell stories.

I wanted to create a picture book where readers could have an interactive experience. With this in mind, I decided to make a lift-the-flap book that is full of fun characters with lots of surprises. The book begins with a clown crying out for help to find her sidekick baboon. It then leads the reader into the private rooms of the circus in search of the baboon. 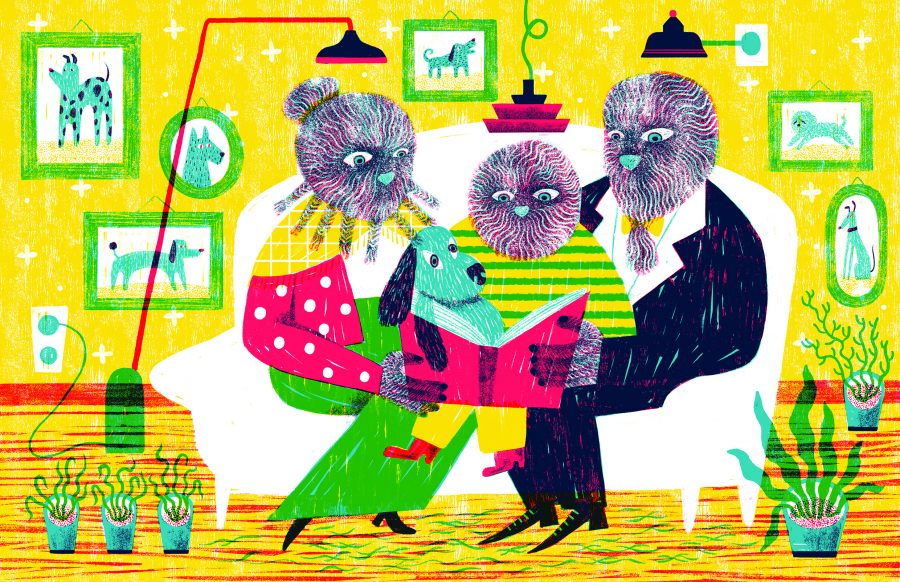 This book began as a class assignment. We had to read “The God of Dark Laughter” by Michael Chabon and create images relating to the story. I wanted to make a picture book for children from the start, but the story was too dark for younger kids. So, I decided to take a few elements from the story such as characters and the setting.

I did a lot of research on circuses before deciding upon which characters to include in the book. I went to the library and bookstores in search of books related circus history to get some ideas. 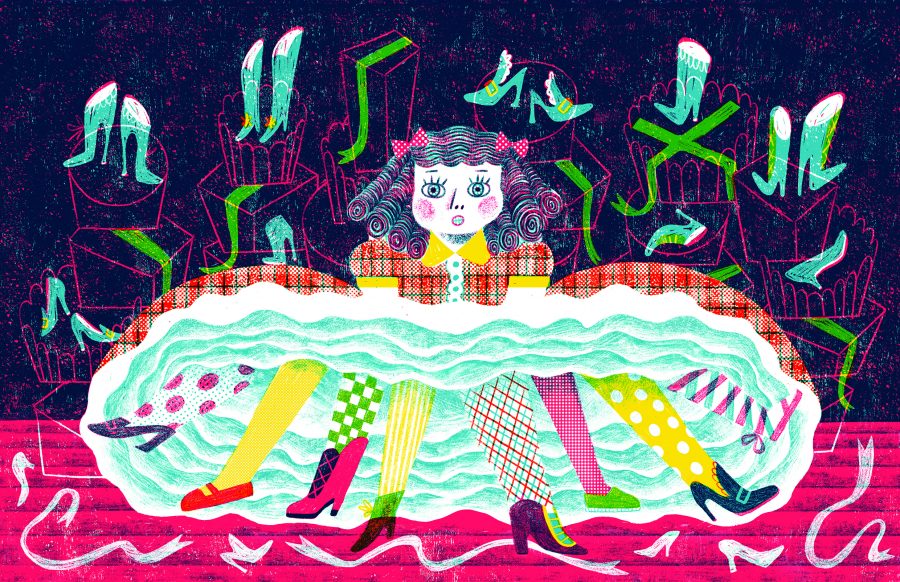 I did pencil sketches and then digitally coloured the images in Photoshop.

My process was to first find fun, interesting characters that could instantly capture the reader’s attention. With the list of characters decided, I tried to come up with visually stimulating, exciting ideas for the flaps that would work with each character. Once I had all the ideas down, I decided on the size of the book and did loose thumbnail sketches. If I had a sketch that I really liked, I refined the sketch and scanned it into my computer to finalise the image.

This was my first time making a lift-the-flap book so I encountered a lot of challenges throughout the image making and production of the physical book. However, the biggest challenge was coming up with interesting ideas for the flaps because I wanted them to be purposeful and not simply made for the aesthetics of the book. 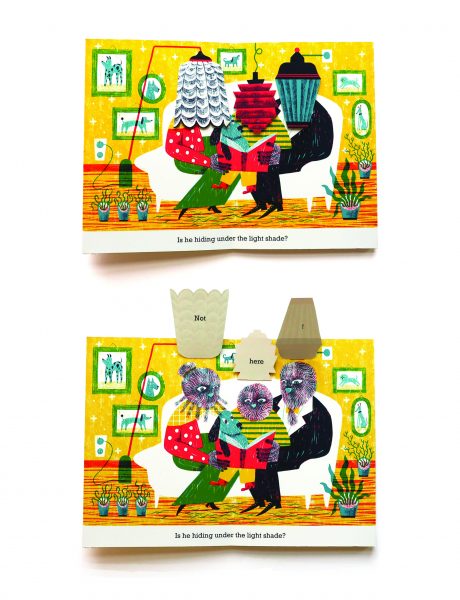 I learned to spend more time planning and brainstorming ideas before making final images. I became fixed on one sketch and jumped right into finalising the image without considering the limitations of a lift-the-flap book. Later, I had to recreate the entire image because it simply didn’t work with the format.

When the book was merely in the preliminary stages, I was very doubtful that I could finish the book as I initially pictured it in my head. I often thought I was being too ambitious with this project. But when I finished the project and had the physical book in my hand, I was very proud of myself for not giving up the idea that was often frustrated by different obstacles I encountered throughout the process.

I’m still new to the industry so I don’t have a lot of wise advice to give for other illustrators, but I think having many fellow illustrators around you is important. Fortunately, I’m still in school and can take advantage of surrounding myself with many talented illustrators who give me a lot of helpful feedback when I feel stuck. I hope to maintain this community of illustrator friends after school.