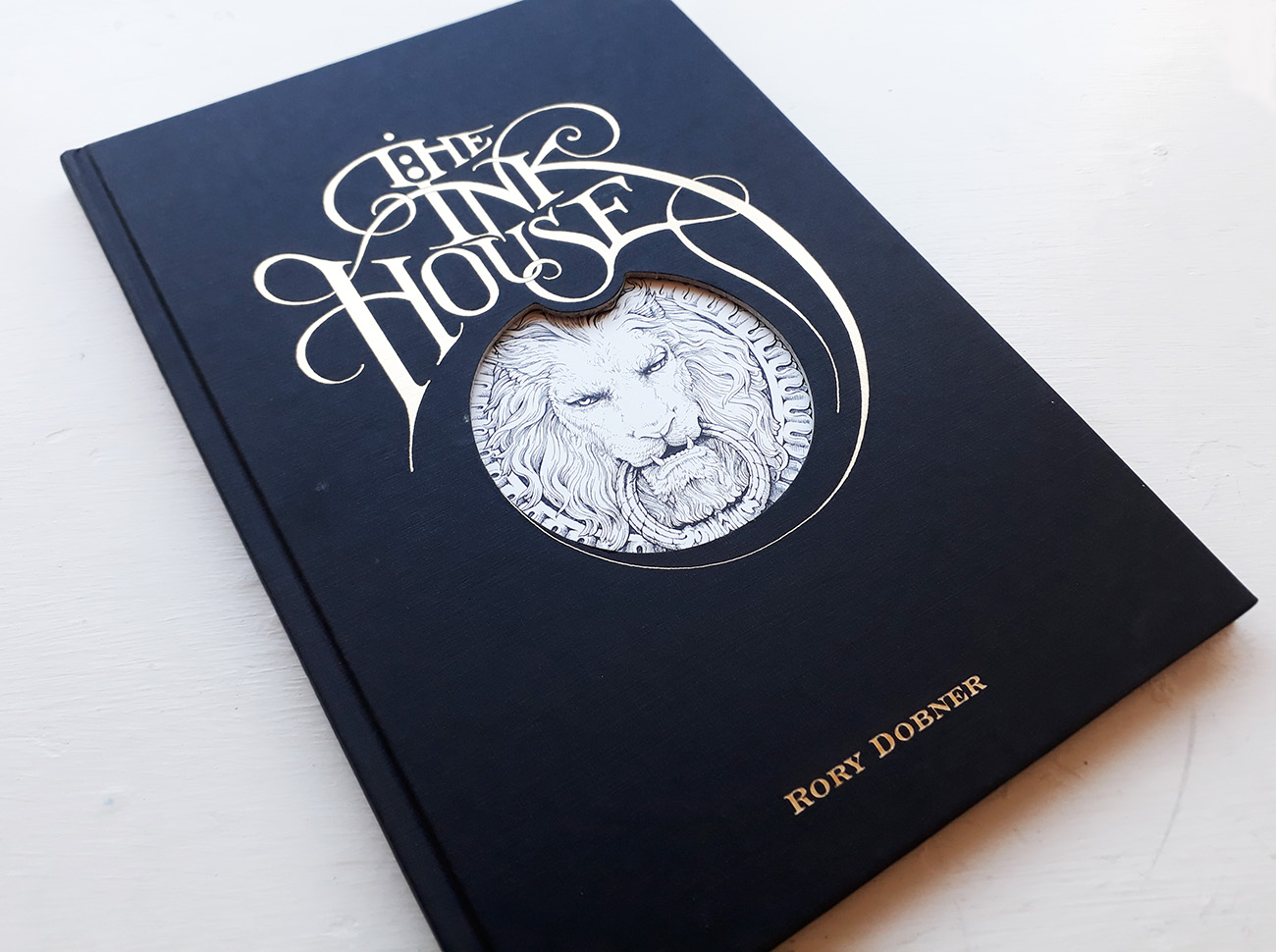 If you shop at Liberty’s, Fortnum & Mason or John Lewis then you may already be familiar with the work of Rory Dobner. His work is sold in various formats in those prestigious retail outlets, and in fact you would recognise the images from this book on prints, cards and homeware. The Ink House is a children’s book written by the illustrator, and it is a pleasing hardback format which promises quality and attention to detail the moment you pick it up. It also suggests a level of sophistication which you would expect from an award winning artist whose clients include the aforementioned retail outlets, plus many more. I love the cover of this book, and I am particularly pleased with the die cut which reveals one of the beautiful illustrations on the first page within. This is how to design a cover which entices you inside. 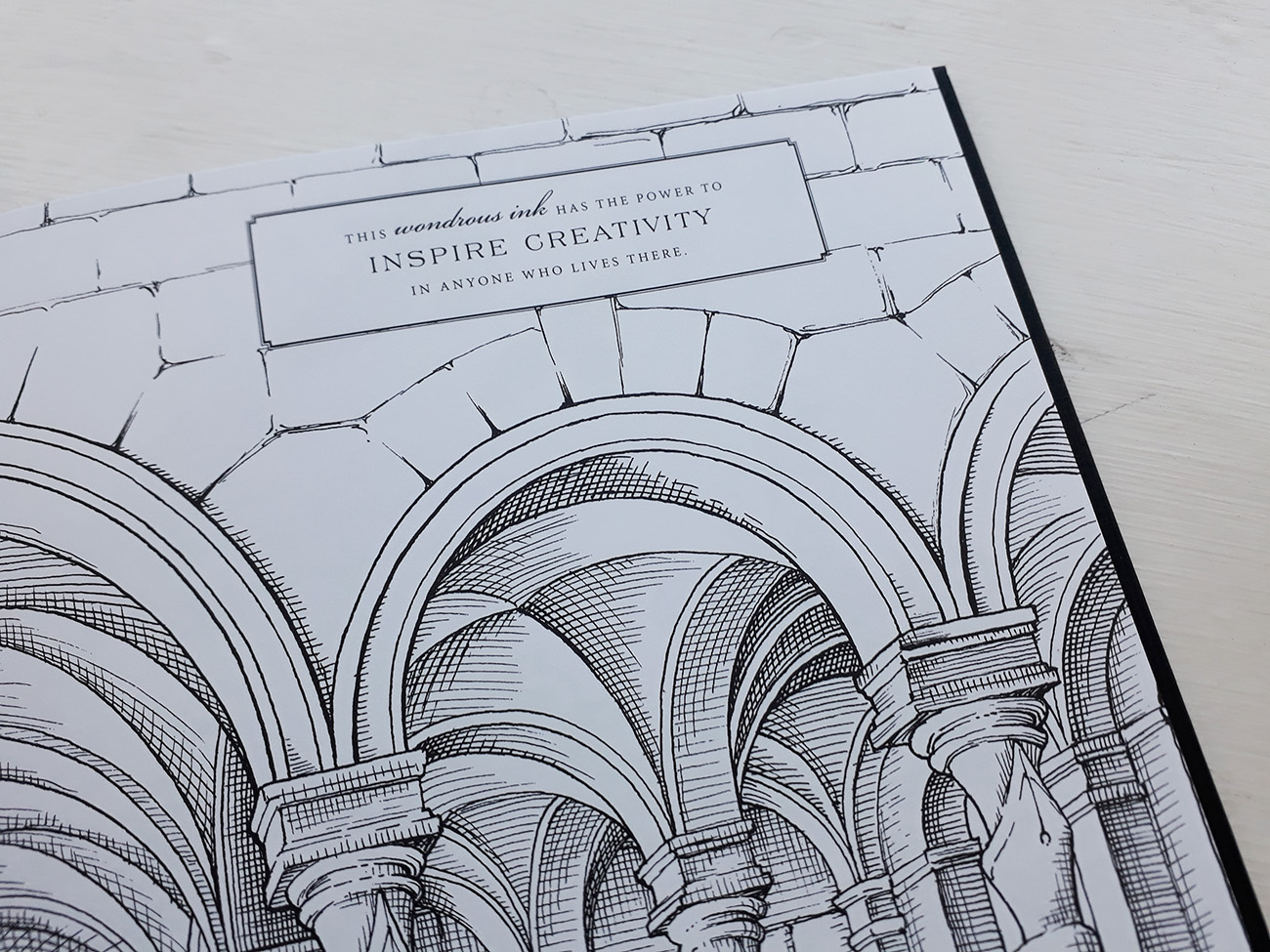 Upon entering The Ink House you begin what the publishers describe as ‘a journey through a curious and creative world’. The story itself immediately made me think of Lewis Carroll and the nineteenth century literary nonsense style, as the tale meanders through this magical house and all the animals which visit it. I imagine it would be read by the late great Arthur Lowe, or perhaps Stephen Fry, and it is their voices which I hear in my head as I follow the alliterative antics of all the animal characters. It doesn’t make a great deal of sense, but it doesn’t really need to as it is whimsical and imaginative and fictional. All sorts of creatures are superbly rendered in ink including snails, a caterpillar, various dogs, an owl and my favourite, the amazing octopus bathing in a basin. 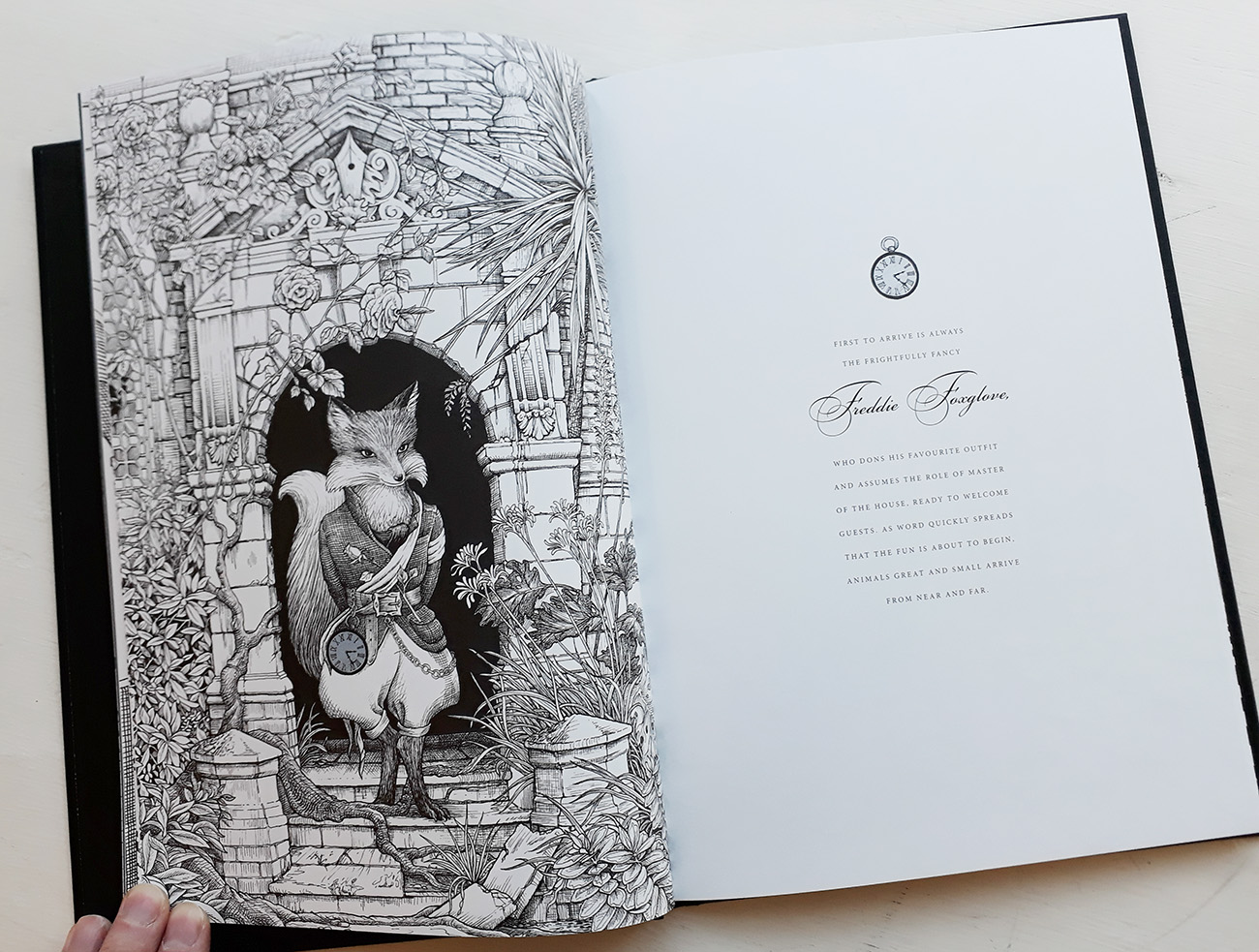 What elevates this book to a keeper are the sixty illustrations produced by the author, and if you are already in possession of a teapot or side plate designed by him you will know what to expect. The drawings are beautifully produced to a high level of detail in ink (as the title suggests) using traditional techniques. This level of skill and attention to detail is why I chose to be a cartoonist, because I find that spending more than an hour on something gives me the heebie jeebies. The thought of producing illustrations to this level of finery would make my hair stand on end, if I had any. They are drawings which you would hold up in front of prospective inkers as examples of ‘what you are striving for’. Yes, I would hang one of these on my wall (particularly the spiral staircase, the aforementioned octopus or the front of the house in the early pages), and I believe that Rory Dobner could produce some amazing Batman illustrations if he put his mind to it. 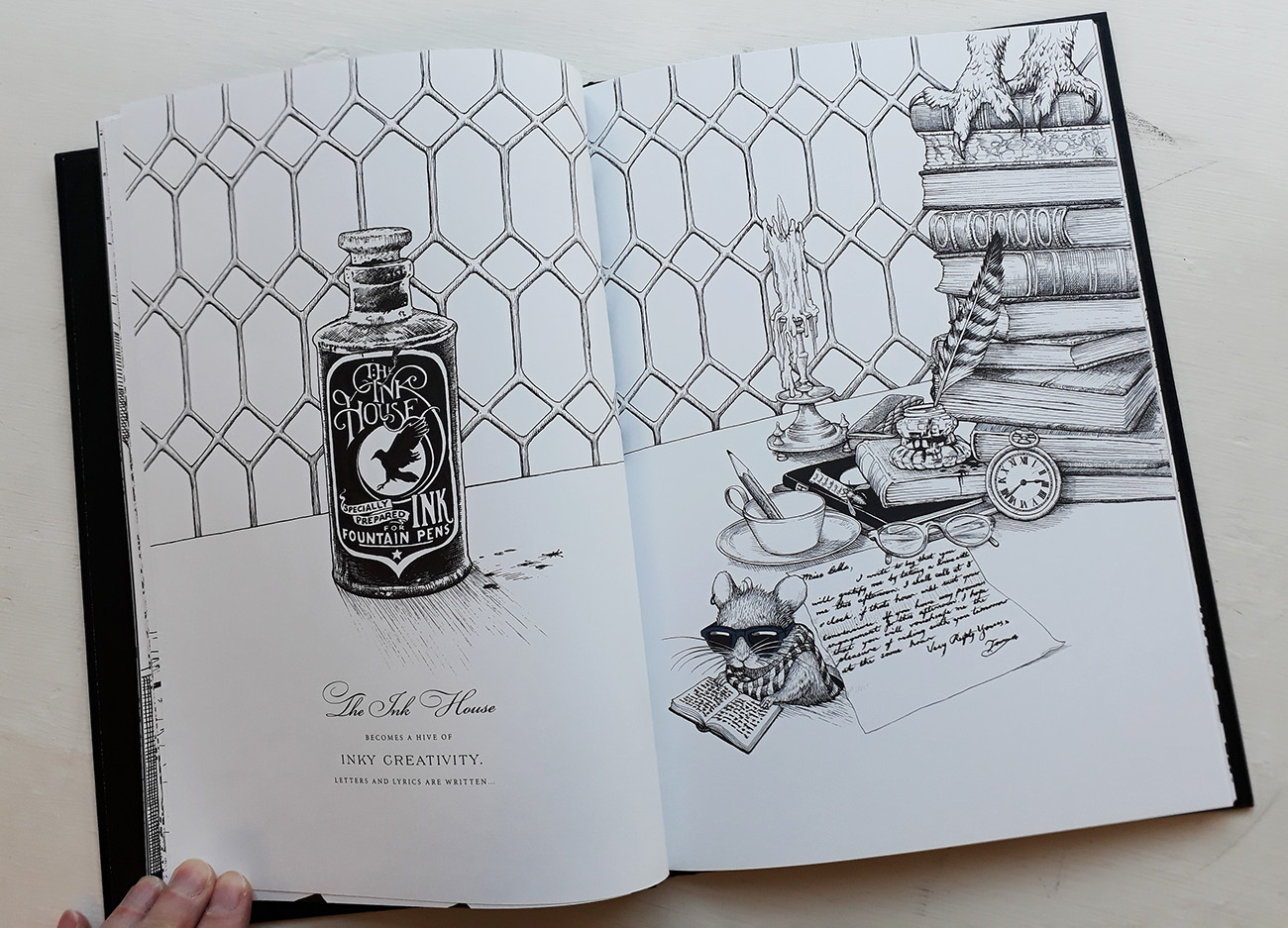 You don’t really notice the predominant absence of colour in this book (other than the occasional blue here and there) because you are too busy geeking out over the skill and precision within the illustrations. The story for me was a useful device to string them all together, and it does that very well and with a calming rhythmic pace. 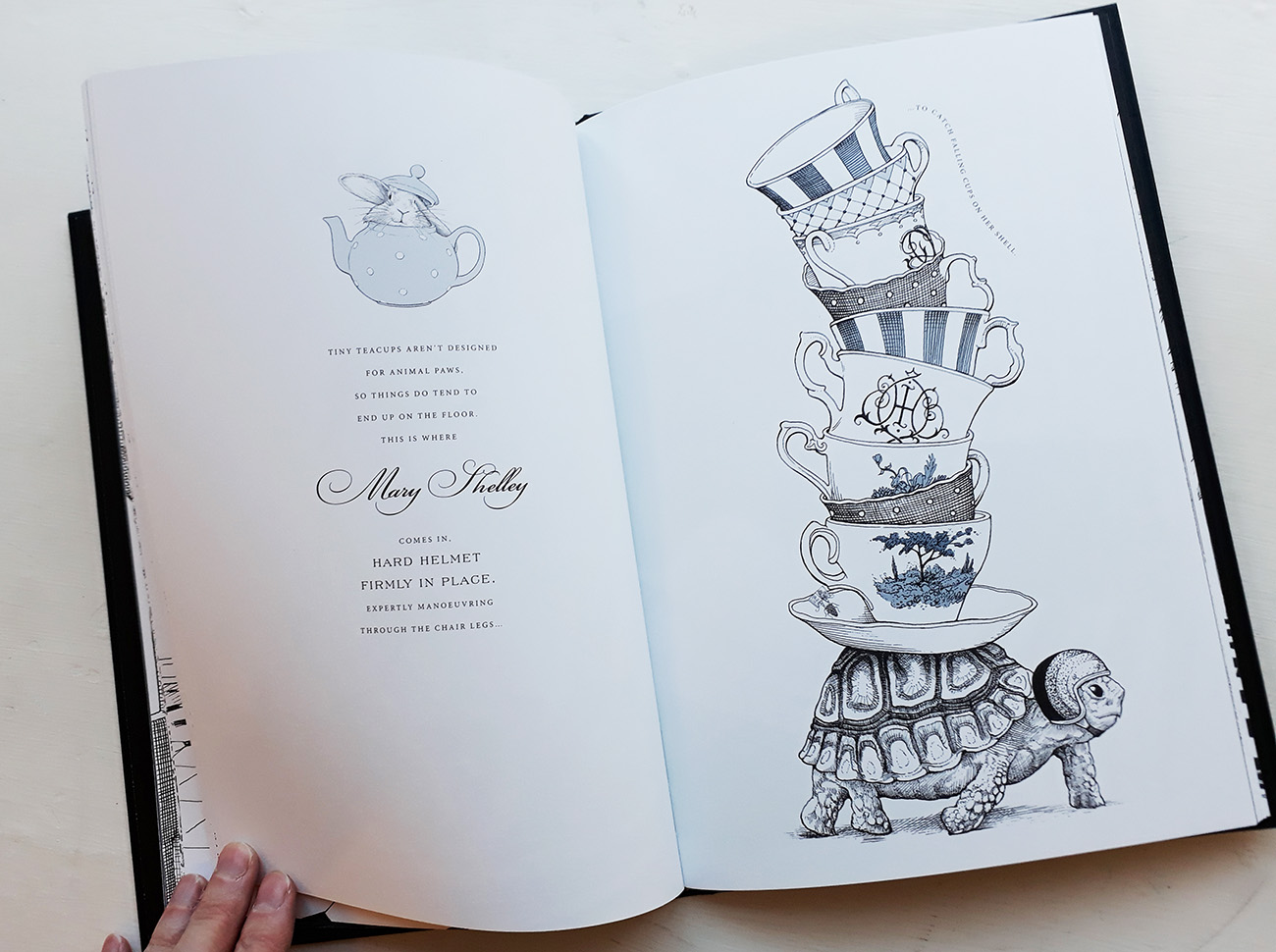 If you are an inker, a lover of traditional brush and pen methods or have aspirations to dabble in this medium then you need this book. If you also have young children then you now have a book which serves two purposes, and there is no excuse not to go out and buy it. One for the coffee table in a very nice nursery (teapot from Fortnum & Mason optional). 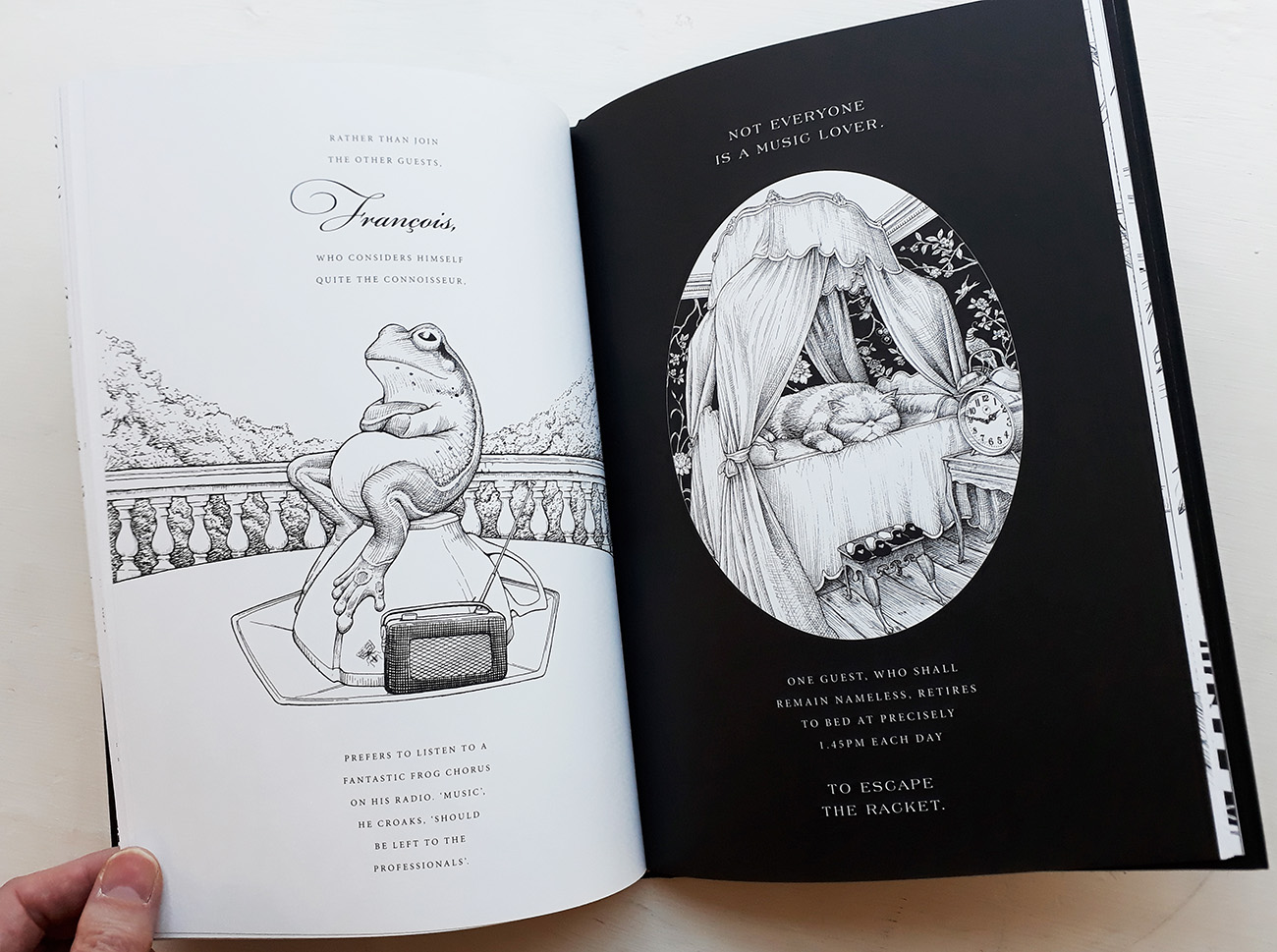