George Butler is an award winning reportage artist and illustrator specialising in travel and current affairs. His drawings, done in situ are in pen, ink and watercolour. His exhibition Anima Mundi is at Bankside Gallery London 20 – 25 November 2018. He is represented by AOI member SP-Agency.

Travelling to war zones is presumably not something you fall into. How did you get into this line of work?
In my last year of University someone mentioned reportage illustration. Until then I had no idea what it was. I remember thinking if only you had told me this before. It all made sense. I admired all the old illustrators who had drawn the news over the last 150 years without ever knowing it was called ‘Reportage’. 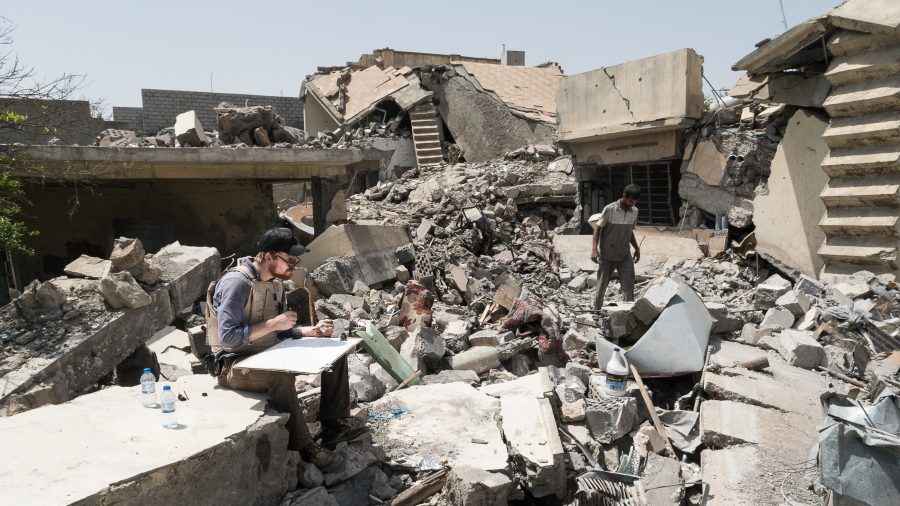 Do you respond to commissions, or do you proactively engage commissioners with places you would like to document?
Absolutely, the best bit about illustration is having a commission, it’s incredibly reassuring. However, 75% of the places I go are initiated by me.

Can you tell us a bit about the commissioning process for reportage?
The difficulty is that there is no process for commissioning reportage. I don’t think I have ever worked with an art director. The work is led by the story and which illustrations best tell that story. I usually produce 10-15 drawings for submission with an article, or a voice over, or a short film. Then the publisher picks the best bits. In some instances I have worked on stories for charities and the work is used in its entirety in an exhibition. 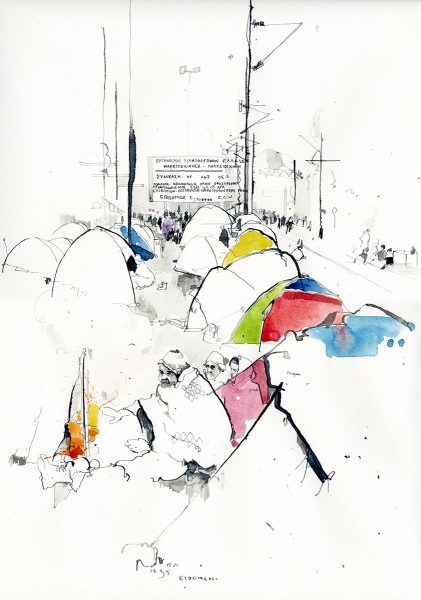 You’ve worked for charities a lot. Lots of illustrators feel that they should lower their fees, or work at no cost for charities – is this the case for you?
The very real paranoia of being freelance is that if you say no, you don’t get the next job. In many cases that is true. I often charge less for the jobs I want to do, the jobs that are good for my career, and the ones that get me the next job. You don’t have to charge less if you don’t want to. The more likely scenario is your friend’s start up business, or your dad’s mate writes a children’s book. These should be charged properly, because they are a huge risk and low reward. I never work on the promise of publicity either, it never happens.

What are some of the biggest challenges you have faced in your career in the last 12 months and how have you overcome them?
The hardest thing I have had to do in the last 12 months was make drawings on the streets of Mosul, Iraq. Not because of the security situation which was relatively secure, but because of the 46 degree heat. Imagine being totally inspired to draw but knowing that you only had 15 minutes. Inevitably, I stayed in the sun too long and made myself very sick.

The greatest challenge is communicating the idea of drawn illustration to commissioners. Your drawings can be brilliant, your story thought out, but you still need to convince them to pay you more instead of using photography. 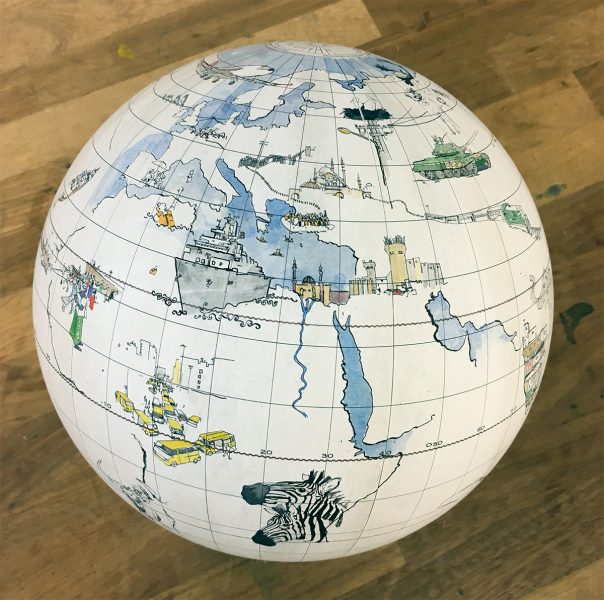 What work are you most proud of and why?
The drawings I did in Syria in 2012 were one of the few moments when I felt like I had done my job. They described a small town in northern Syria between two waves of fighting. The drawings were published in the Guardian and the Times and I felt like they did justice to the people and the story at the time. 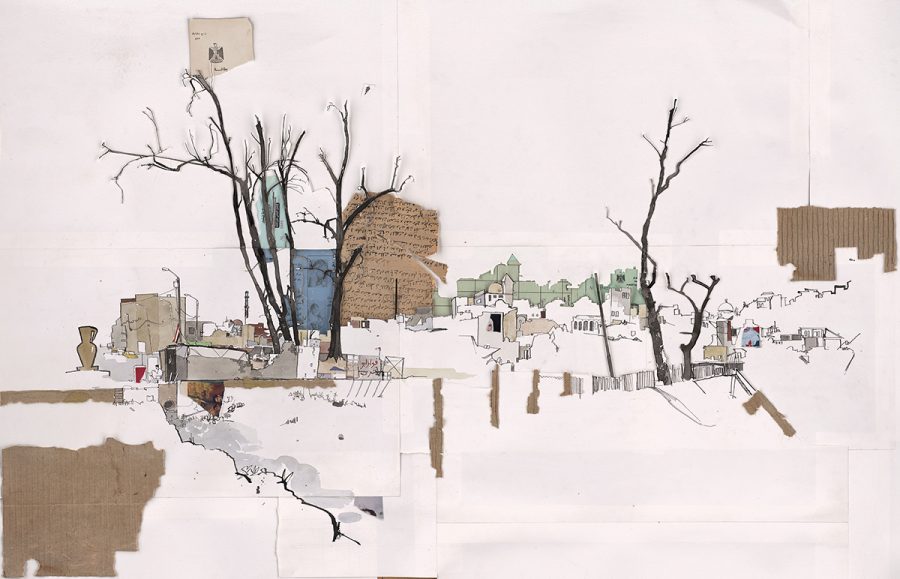 Can you tell us a bit about your project exhibiting at Bankside this November?
Anima Mundi is an exhibition about migration. It explores the types of migration in the world – in Tajikistan, Iraq, Kenya and across Europe. From a scientific stance many species migrate to survive, to feed and to breed. Homo Sapiens are no exception, and yet we are intimidated when other people do it. This century will see huge upheaval and turbulent population growth. We should all have a better understanding of what migration means – this exhibition shows examples of places where migration is more common.

Can you give 3 tips to your illustrator peers wanting to get into reportage?

I can give some advice I find useful.

1. Get a part time job: In a gallery, a print makers, an agency – anything to make your illustration life easier.
2. I once heard Oli Kugler tell a group of students not to work in black and white, great advice – colour sells.
3. Draw what inspires you.