Words and Paintings by Kadir Nelson 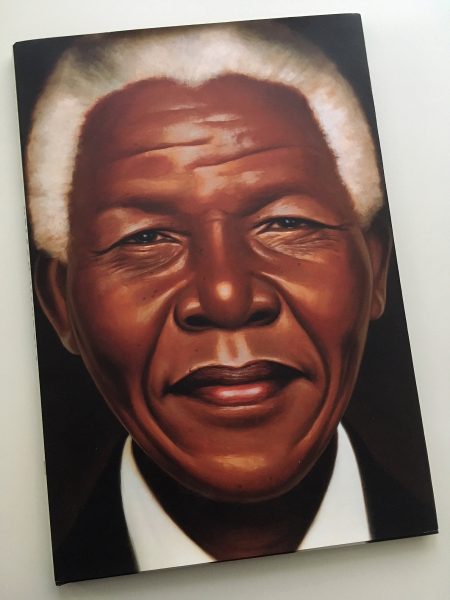 Kadir Nelson brings us his personal take on the life of someone who most of us can only dream of emulating. He writes in a direct biographical style as he reveals a most extraordinary life lived through the most distressing of times. Nelson Mandela stares out of the cover of this large format hardback book. The painting is highly accomplished and this standard is maintained throughout the book. Nelson’s paintings are dramatic, vibrant and contain a joyous expressive power that he impresses on every aspect of his compositions. 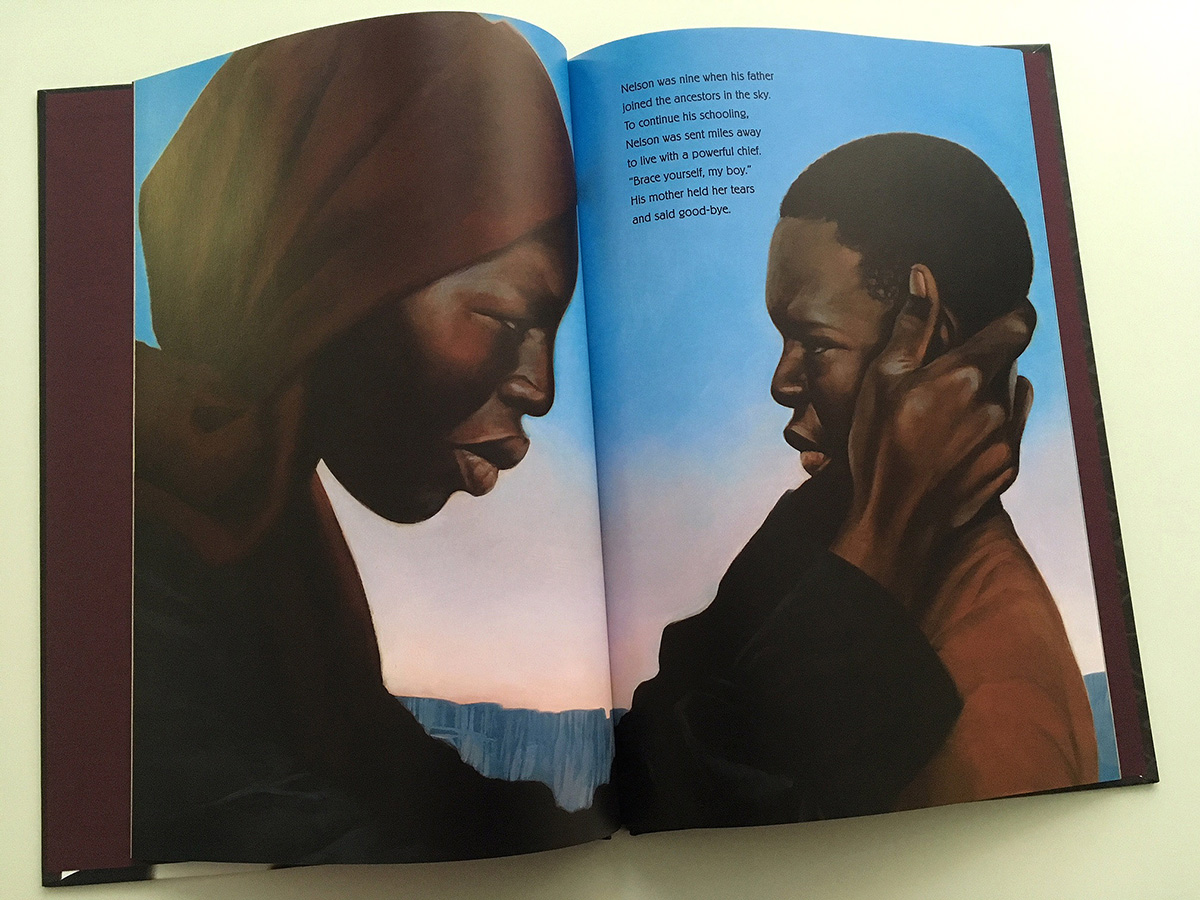 People are painted with a real affection for African faces and bodies. The settings are lit from above, whether that be inside Robben Island or on the campaign trail. Powerful faces and subtle colour schemes indicate that we are looking at the work of a skilled draftsperson capable of saying much with little. His work is brilliant, vivid and exquisite.

We are shown the story of Mandela’s life as he moves from child, to activist to political prisoner and finally to President of South Africa in the new rainbow nation. This is a rich life surrounded by love and devotion showing that Mandela’s values come directly from his experience as an African person. 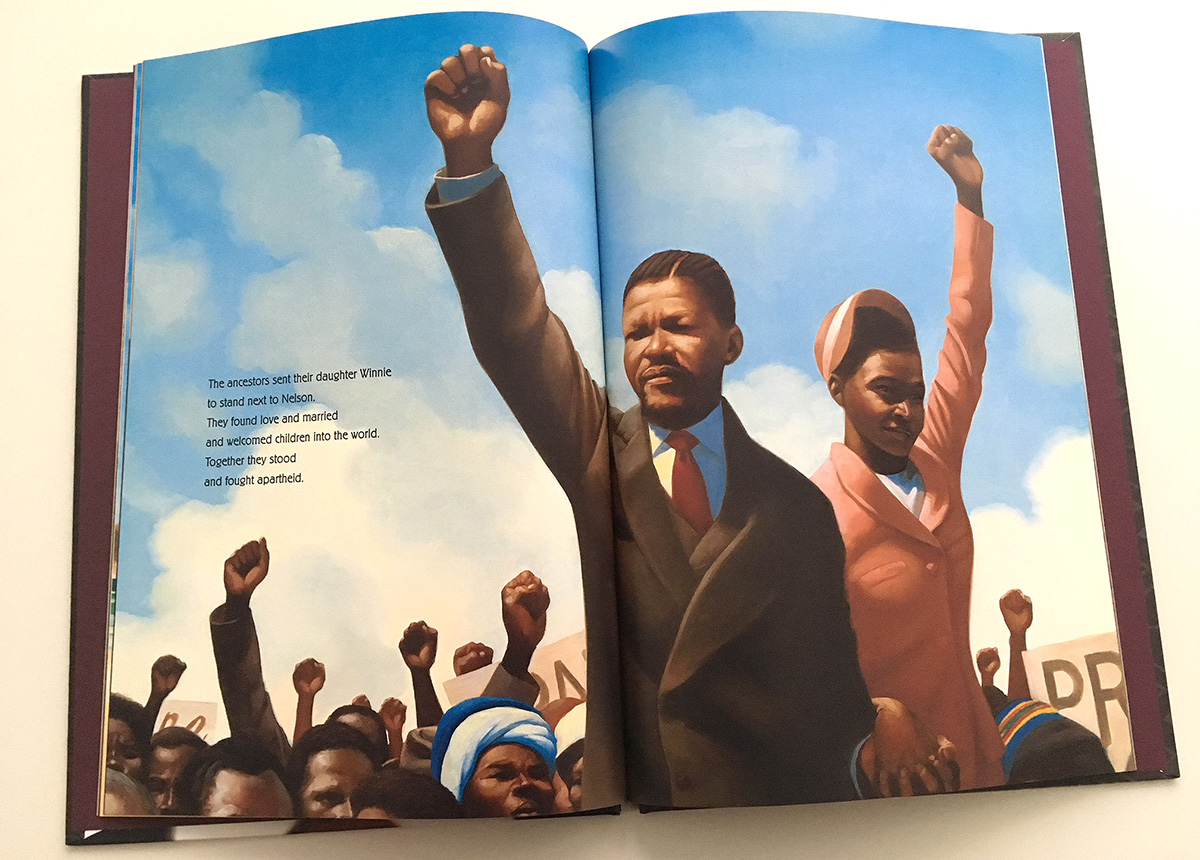 This is a book aimed at children and therefore doesn’t show the oppression he endured in full. It is a simplification of the truth and promotes a very positive take on Mandela’s character. It does however show Mandela’s punishment in prison as the start of his long walk to freedom. It seems designed to help young people to appreciate the qualities of the African spirit and its origins.

If you are left with any doubts about the love Kadir Nelson has for Nelson then you only need to look at his portraits of the great man to see that for him he is peerless. As someone who shaped the destiny of Southern Africa, Mandela remains regal and statesmanlike even when he is breaking rocks in the hot sun. 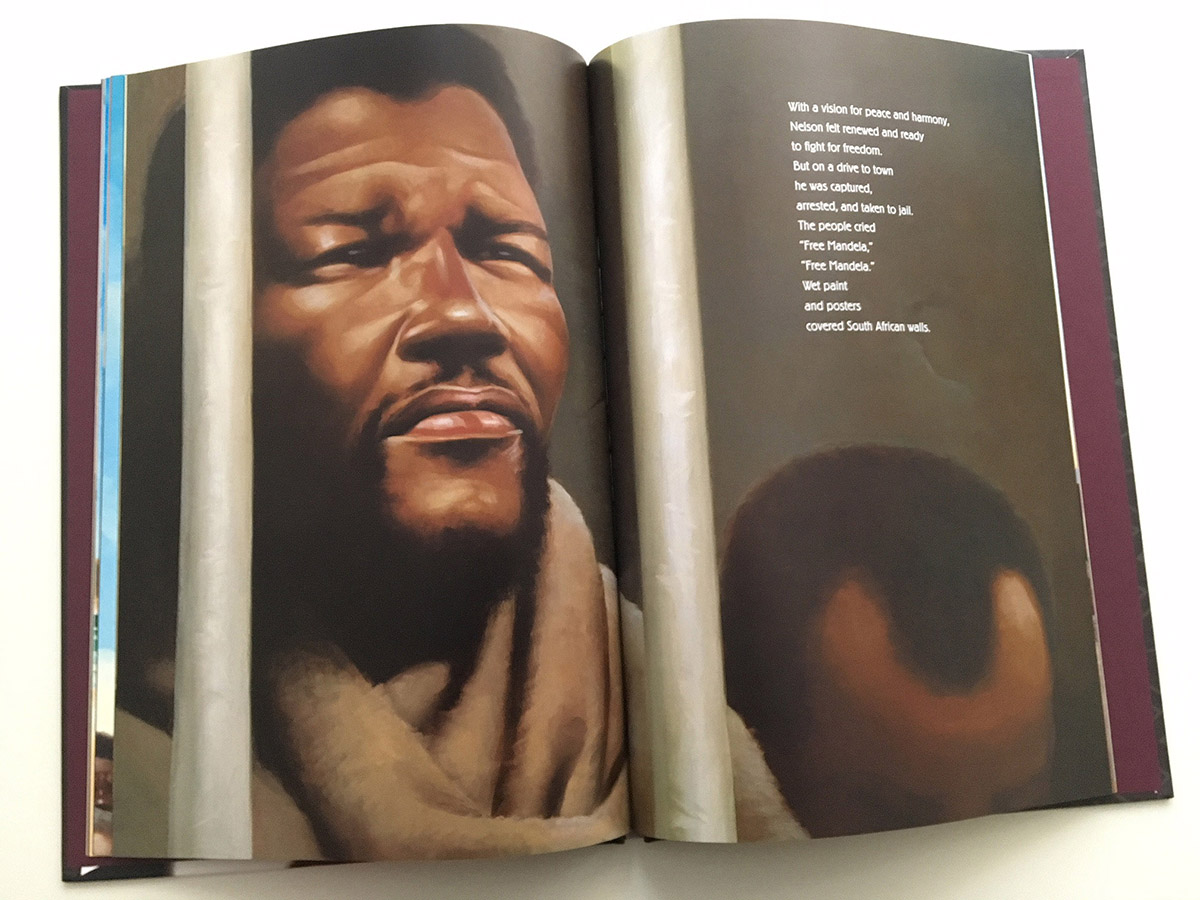 This is a work of love for the subject and with a notable amount of respect. It’s the tale of a man who despite vile racist treatment never became like his oppressors, forgiving them all of their sins to let freedom reign. I wonder how many people would be able do this if they had suffered like Mandiba. Not many, would be my guess. 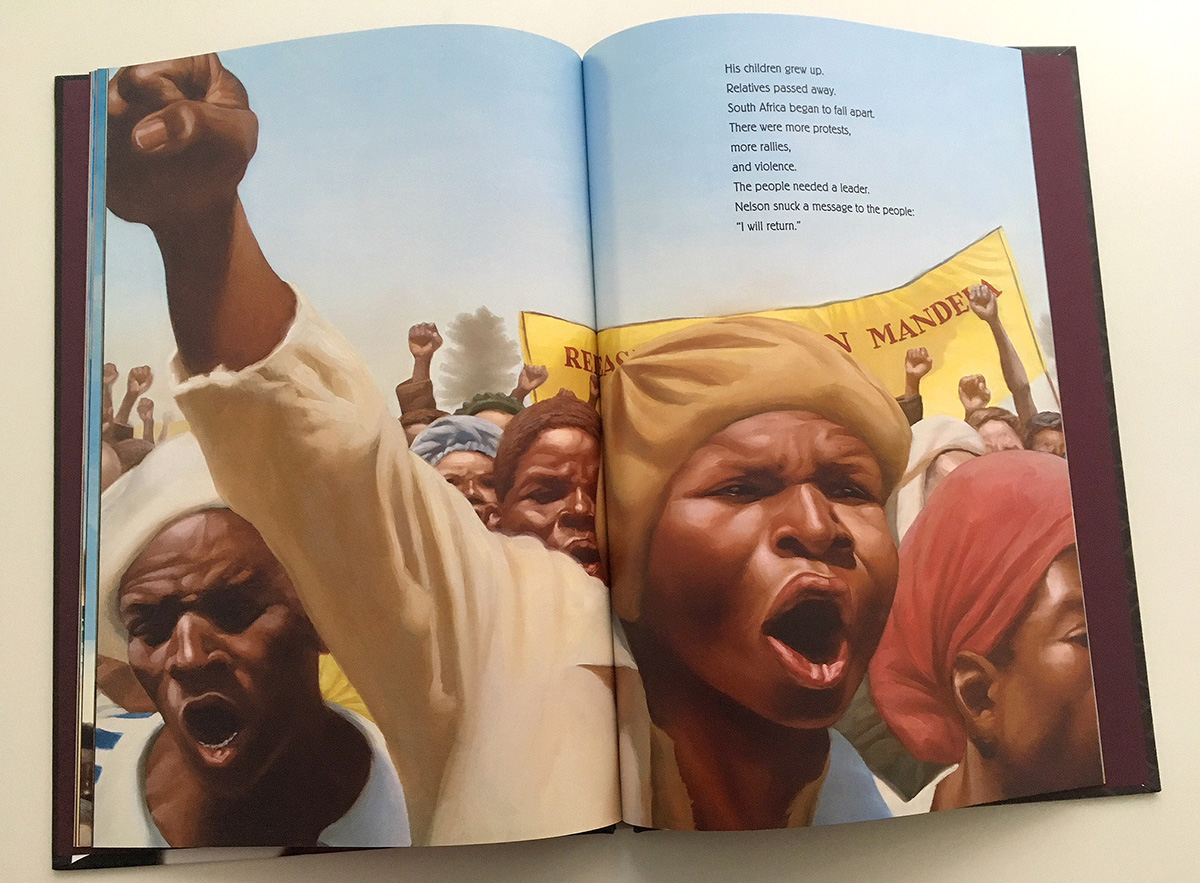 Nelson Mandela was published in 2013

See our review of 2018’s Grandad Mandela by Zindzi, Zazi and Ziwelene Mandela and illustrated by Sean Qualls.