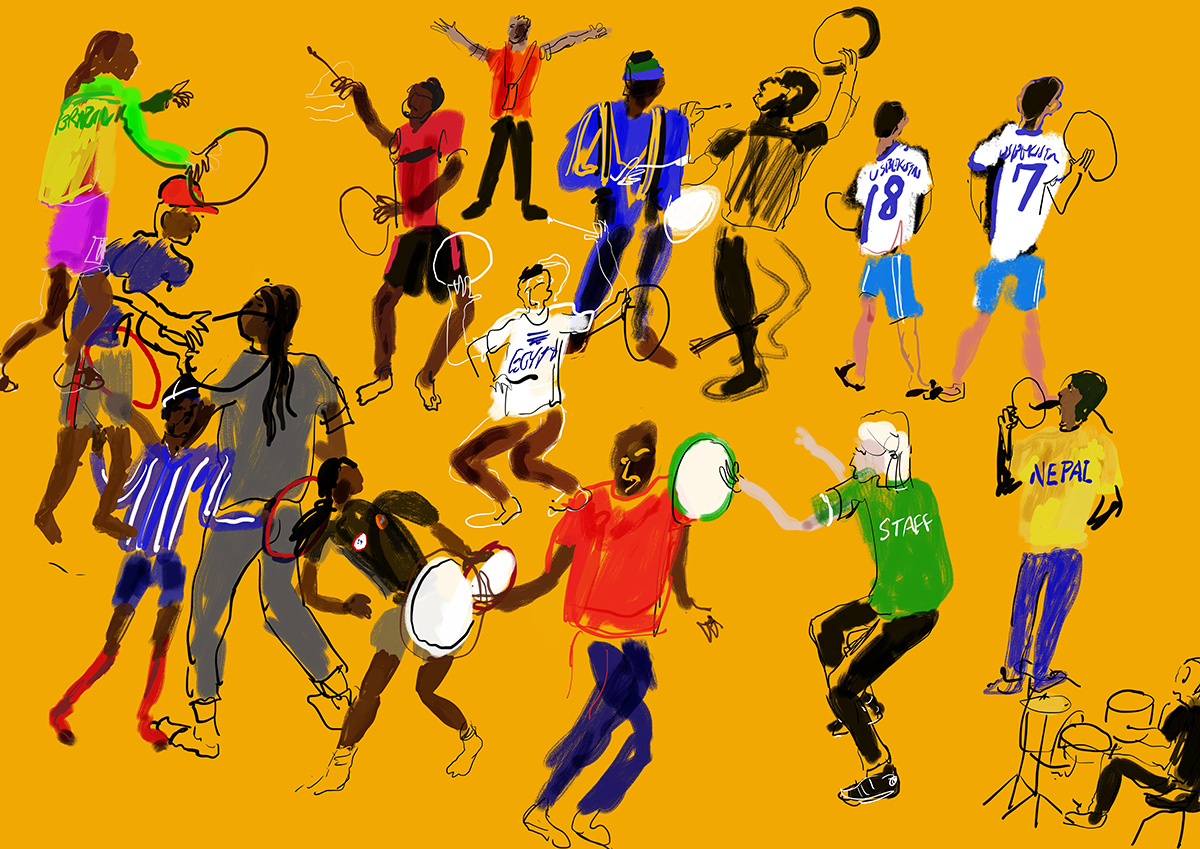 Illustrator and educator, Tim Vyner, from Bath Spa University has captured the Street Child World Cup: The Future Depends On You in Moscow ahead of this year’s FIFA World Cup, with a series of reportage illustrations.

The event saw more than 200 street-connected children from across the globe take part in their own international football tournament, festival of arts and congress for their rights, and Tim has created time lapses of several of his images.

The works have been exhibited as part of the Street Child United General Assembly, which provided inspirational young people with the opportunity to tell their story and appeal for change in the way they are perceived and treated.

“Visual journalism is an exciting way to capture the passion, atmosphere and participation that has coursed its way through this fantastic event,” says Tim, who is featured in the recent book Reportage Illustration – Visual Journalism, “and I’m thrilled that the illustrations have turned out so well. The Street Child United World Cup has been incredibly vibrant from start to finish and it’s been fantastic to see sport and art changing the lives of so many people.

“As our world grows increasingly fast-paced, it can be hard to find the time to stop, observe and record the changes happening around us. People consume news in real time, so the power of reportage illustration is in the immediacy of the images that are created and the feeling of the illustrator’s presence on location.”

Tim is currently working with students at Bath Spa University to design the hoarding around the former Herman Miller factory on Locksbrook Road in Bath, which is being transformed into the new home for Bath School of Art and Design. The illustrated mural celebrates the work and industrial heritage of the city and the art school.