Profile – The Sensation of Reading: the Folio Society

In an age of fast, immediate digital experiences, one company has remained wedded to its love of printed matter, of typography and illustration, and is paradoxically very much a 21st Century publisher. For the extensive profile in Varoom 37, John O’Reilly talk to the illustrators, art directors and editors who create the sumptuous editions for The Folio Society. 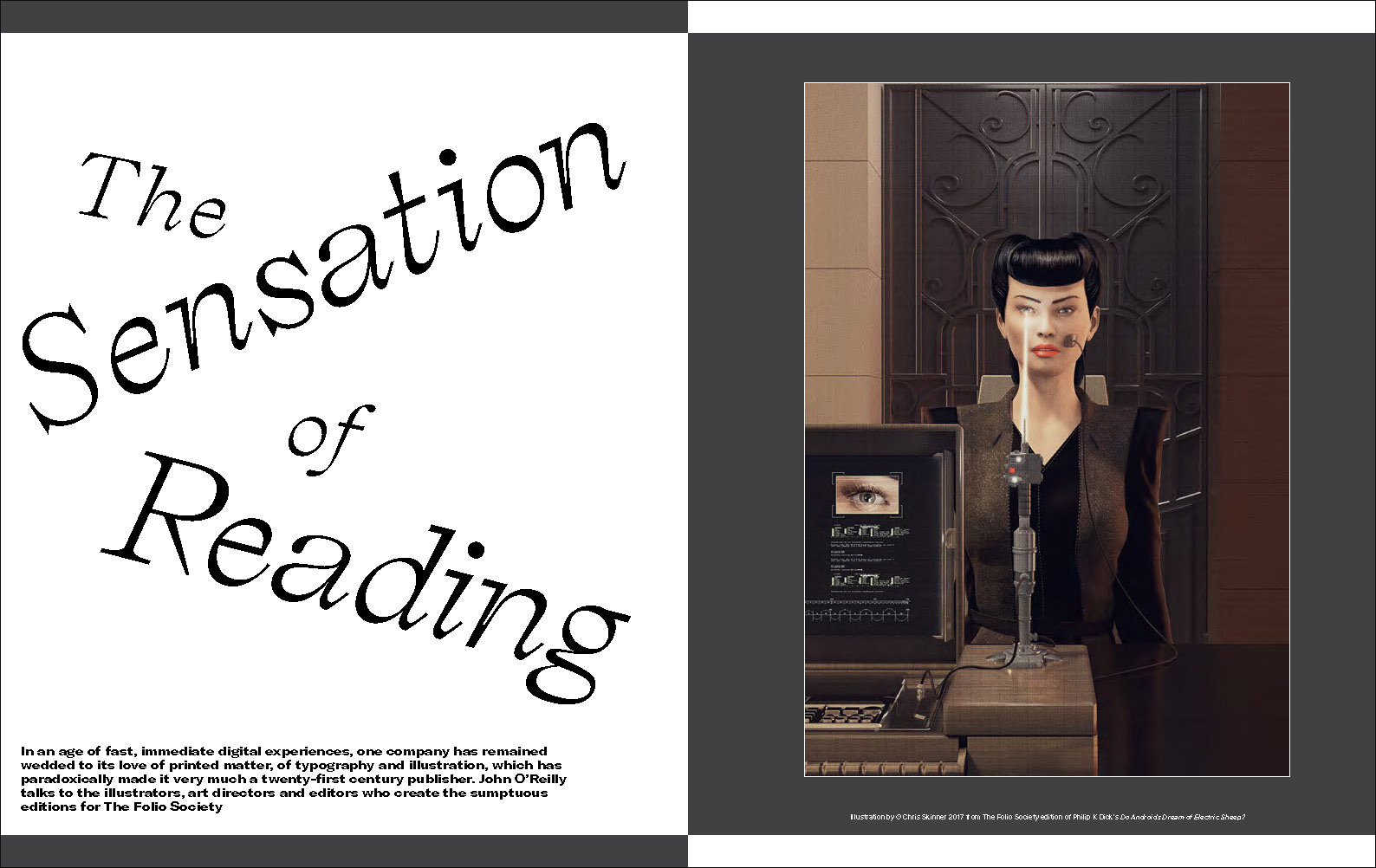 Illustration © Chris Skinner 2017 from The Folio Society edition of Do Androids Dream of Electric Sheep by Philip K. Dick

“The great thing about Folio is that we don’t have a set rule,” says Art Director Sheri Gee about the variety across their publications. “The one rule now is having the logo on them,” which they have added to older editions. “We can really play with type and try to do something interesting to make a spine stick out on a shelf, people are going to notice them right away.” 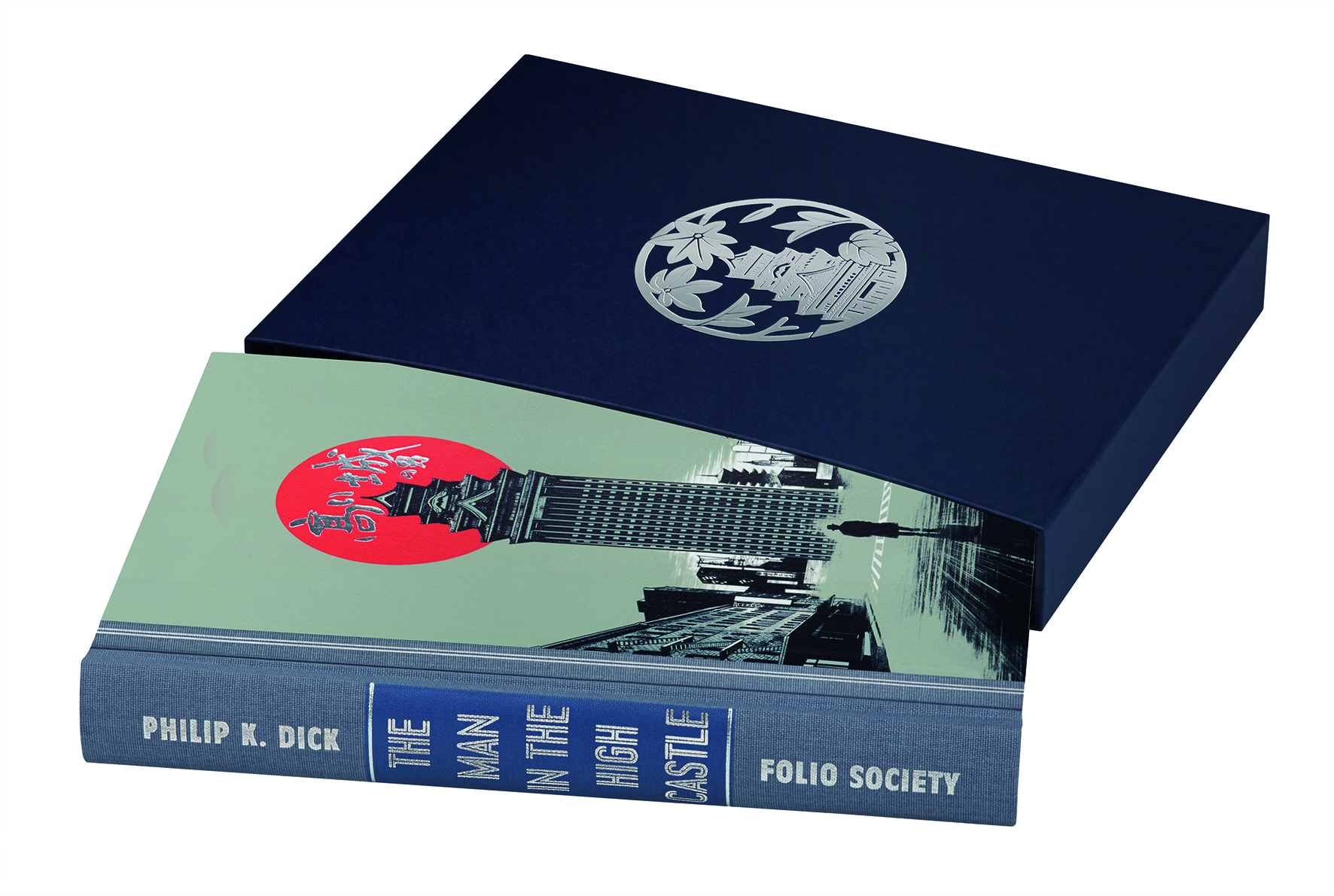 Illustration © Shotopop 2015 from The Folio Society edition of The Man in the High Castle by Philip K. Dick

The expectations of illustrators commissioned by Folio are challenged by the art directors, who ask (in Sheri Gee’s words) for an ‘angle’ on the text. Shan Jiang from Shotopop, who illustrated Philip K. Dick’s The Man in the High Castle says, “The most challenging aspect was that the art director expected the illustrator to offer his understanding and then create the artworks.” Equally while the illustration takes a position on the text, this position shouldn’t dominate the reading. A word repeatedly used by illustrators working on the texts is ‘atmosphere’. Creating an atmosphere for words, for reading, like creating a reading room – creating room for reading. 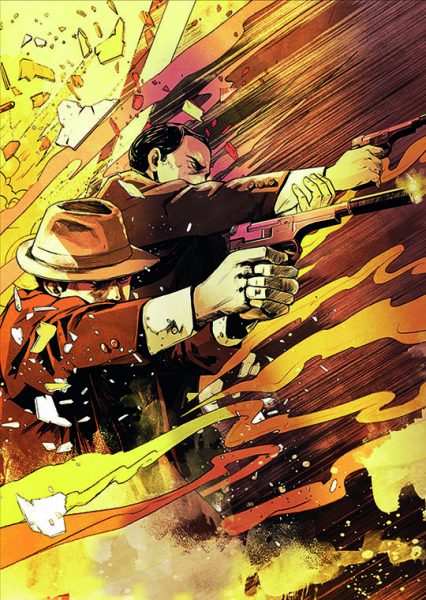 Illustration © Shotopop 2015 from The Folio Society edition of The Man in the High Castle by Philip K. Dick

Some literary estates and authors won’t allow images to show certain characters or faces in general, and illustrators have the narrative problem of visual storytelling without showing any faces at all. Tim Laing’s moody atmospherics for John Le Carré novels for example, actually benefit from being faceless. Le Carré’s work is the fiction of Englishness haunted by the passing of empire, of absences, of disappearance. Laing’s graphite captures a world where institutional, establishment and imperial black and white certainties have passed into ambiguous greys. 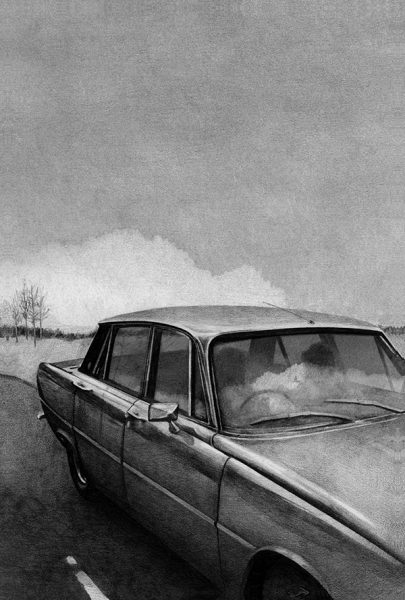 We asked Folio illustrators what it was like to work with Folio. Go here for interviews with Shotopop and Keith Hau.

Go here for interviews with Chris Skinner and Andrew Archer.