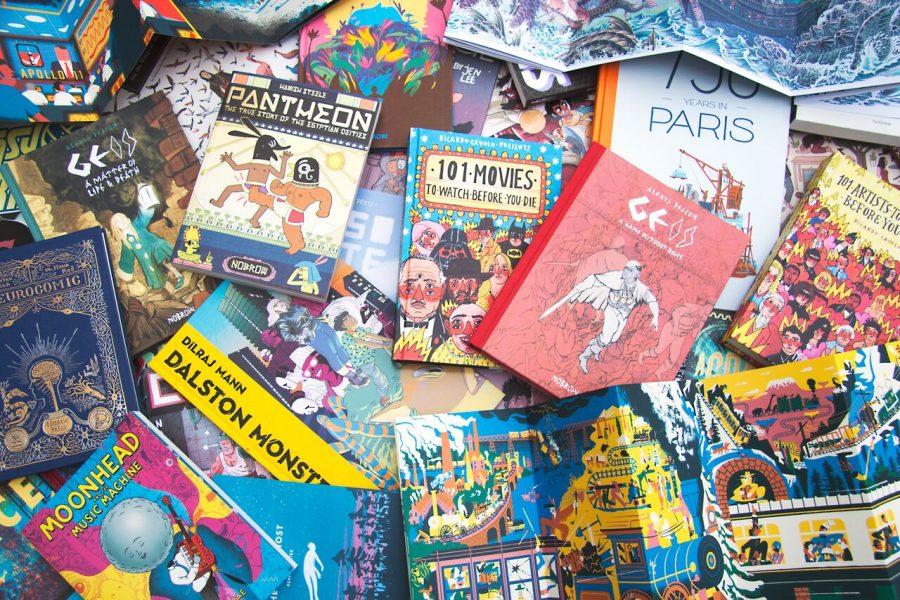 Back in 2008 the UK was in the middle of a global economic recession, and in the midst of it there was much speculation about the future of publishing – e-book sales were steadily rising, digital platforms and apps gaining popularity, and the destiny of physical books seemed suddenly unclear.

Starting a new publishing house during this particular moment in time would have been quite a risky business venture to undertake (especially if those books in question are comics or illustrated magazines), but it’s precisely during this time that Nobrow Press sprung into existence and defied all expectations.

Reinforcing the importance of tactile publishing, Nobrow has stood out in this last decade by placing quality production values at the core of its ethos: lusciously printed books in offset or spot colours, exciting new formats like concertinas and long books, entertaining and poignant narratives, and a great roster of ground-breaking new talent. CEO Sam Arthur shares:

“I believe we approach our work in the same way as we always did, and we are always interested in what illustrators can bring to a project; it’s perhaps that special something that set us apart from other publishers.”

From their beginnings as a small shop in Great Eastern Street, Nobrow steadily attracted a great following of comic-enthusiasts. With increasing involvement in international comic fairs like Angouleme and TCAF, and an appetite for the comic scene to expand in the UK, they saw an opportunity to host the first major East London Comic Arts Festival (ELCAF) in 2012.

Now in its 7th consecutive year, ELCAF has grown to include an all-encompassing program of exhibitions, talks, workshops and masterclasses in the run up to, as well as during the festival. At the core of it though, the festival celebrates and welcomes Illustrators and Comic Artists from the UK and beyond to showcase their self-published works. International guests have included Jillian Tamaki, Chris Ware, McBess, Jean Jullien and now Charlotte Dumortier.

Recognising also the opportunity for their books to reach a wider and younger audience, a second imprint was born in 2014 with Flying Eye Books. Since its inception it has successfully published over 100 titles, earning multiple accolades such as the Kate Greenaway medal (The Journey, Francesca Sanna), Waterstones Book Award (Leaf, Sandra Dieckmann) and AOI Illustration Award (Shakleton’s Journey, William Grill). 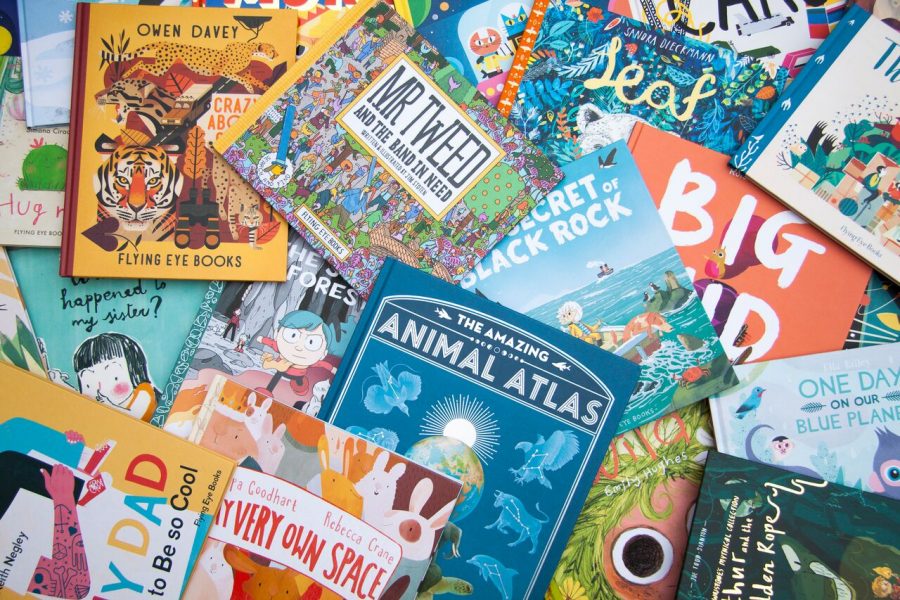 The children’s book publishing industry is thriving at the moment; but there are still challenging aspects that prevent reaching a wider mainstream audience in this sector. Sam explains:

“It’s a shame there are not more reviews for children’s books in the national press. What’s out there is good, but it doesn’t feel like the amount of press coverage adequately conveys the upsurge in interest and sales in children’s picture books and comics in the UK. That aside, making good books is always going to be a challenge, but that’s what makes it such a great space to work in.” 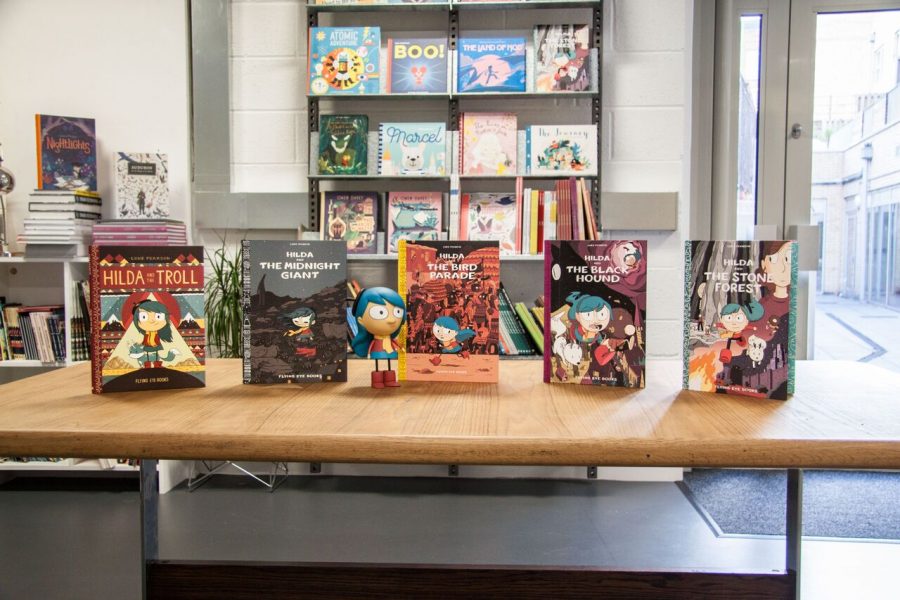 Book publishing has always been the focal point for the company, but it doesn’t mean that experimenting with other digital mediums can not come into play – The long running comic series Hildafolk by Luke Pearson is currently being turned into an animated cartoon series on Netflix, and Professor Astro Cat by Ben Newman has found life beyond the page in a series of apps produced by MiniLab studios. 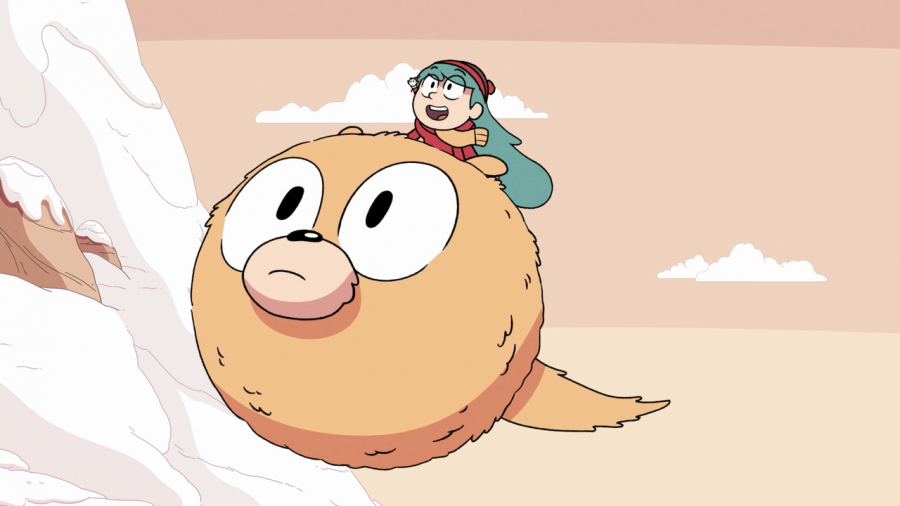 “It’s amazing to see the developments from paper to screen. And from a business stand point, having access to a larger more diverse audience via these medias, it will lead more children back to our books, which can only be a good thing.”

The team has expanded since its origins one decade ago; social media also has played a major role in the way that the publisher markets itself, finds future talent and connects with it. Marketing Manager Zoë Aubugeau-Williams provides further insight:

“Discovering illustrators through the social media channels is becoming an important part of developing relationships. This relationship often also begins much before we even know it – many illustrators are fans of our books, follow us online, and meet us at fairs including ELCAF long before they muster the courage to send in their submissions, so we hope that we are spurring them on that way as well.

During the course of production we will be working out ways to market the book when it is published. For the brilliant illustrators that we work with, sometimes the marketing and publicity side of things that take them away from the comfort of the drawing board, can come as bit of a shock – it can be very daunting to speak to a classroom full of children, speak at a literary festival or even to promote their book online, so we are here to encourage and support them through all these new experiences.” 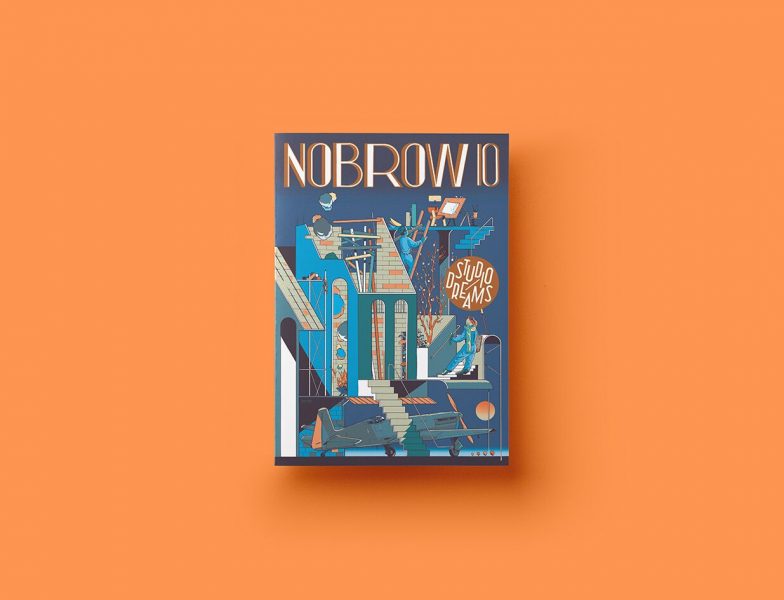 From comics to children’s books, from talks to fairs, from books to animation. We asked Sam what is next for Nobrow in the next 10 years?

“I’d love to see us continue to support the careers of those illustrators that we have been working so closely with. It’s really amazing to see their work progress and also be appreciated by our growing audience. Also an international bestseller would be lovely!”

Nobrow has given a platform to many great Illustrators in the last 10 years. We share a list of 10 Nobrow Illustrators, many of which have been involved with the AOI too.

Join us in wishing a big happy birthday to Nobrow and celebrate with them at Gosh Comics Friday 27th April!

Also pencil in our AOI Talk at ELCAF this upcoming Friday 22nd June, where we’ll be talking about creating your own success.