By The Fan Brothers 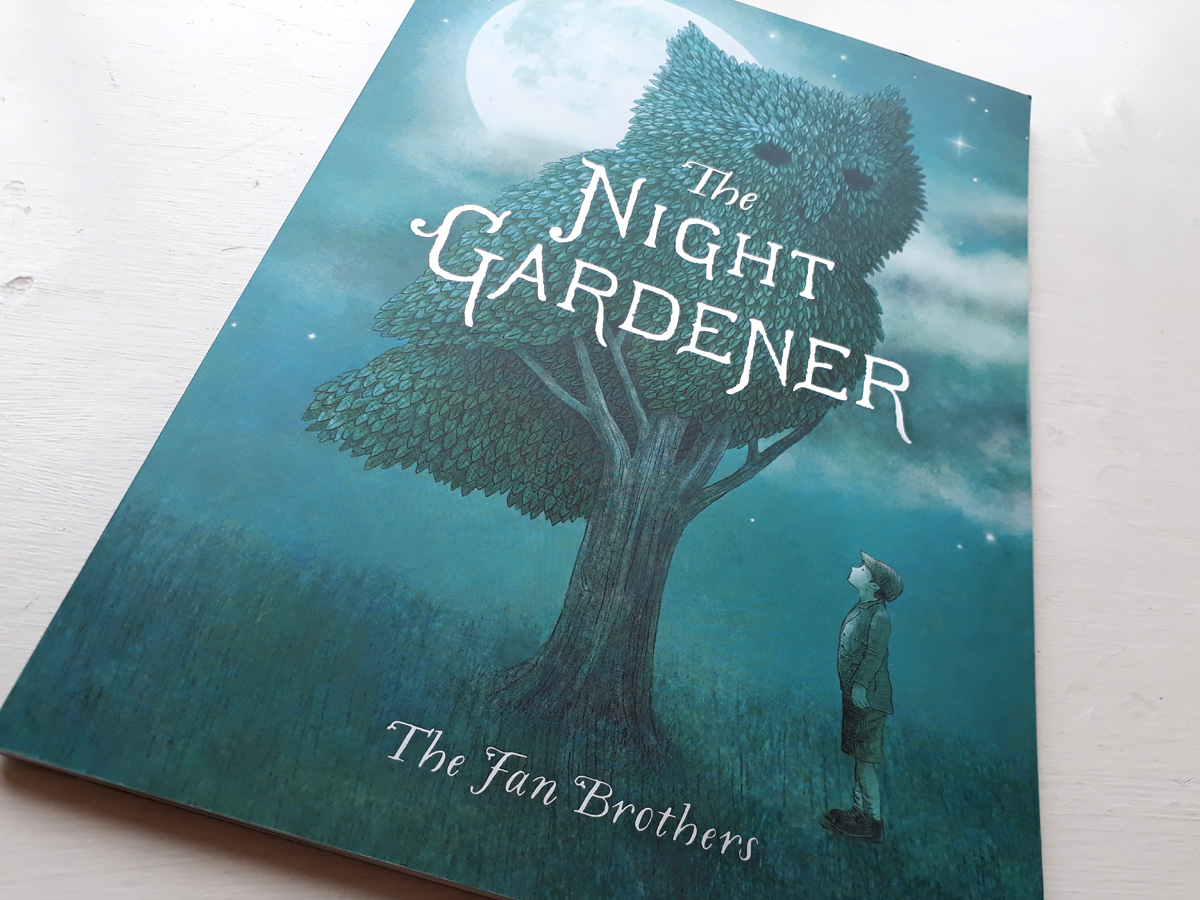 Set in the mid Twentieth century, the story of an orphaned boy discovering who is creating the amazing topiary in his small town draws much of its strength from the cooly atmospheric illustrations. Trees are being curiously transformed overnight by persons unknown, and their new shapes in the form of an owl, dinosaurs, rabbits and more bring a sense of wonder to the town’s inhabitants, bringing them together in a shared appreciation of the living sculptures. The skilful topiary of the mysterious gardener fosters a sense of community and pride in the town as more sculpted trees appear – maybe a point being made about the importance and power of creativity. 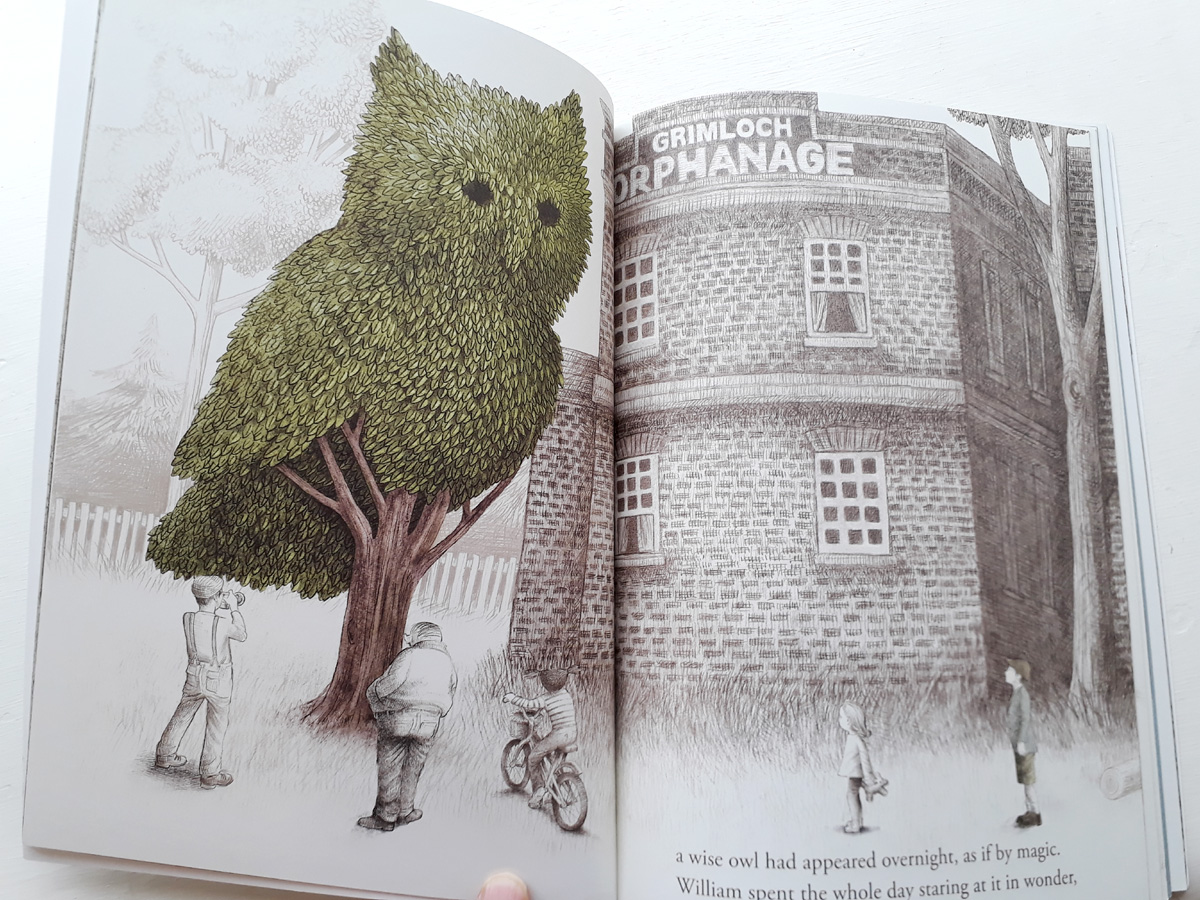 As new shapes are revealed each morning the boy is increasingly delighted, and more so as one evening he spots a man with a ladder and shears in his arms. He follows him to see if this is the gardener and is drawn into the artistic adventure.

With every leaf detailed on the tree illustrations, anyone who draws will be especially intrigued by these tactile images. The soft lighting of the pictures create a misty quiet over many of the images, with the moon and streetlights casting a glow over the scenes. They’re beautiful to observe, and if you know how much work has gone into it there is pleasure to be derived from the labour intensive aspect of the drawings. 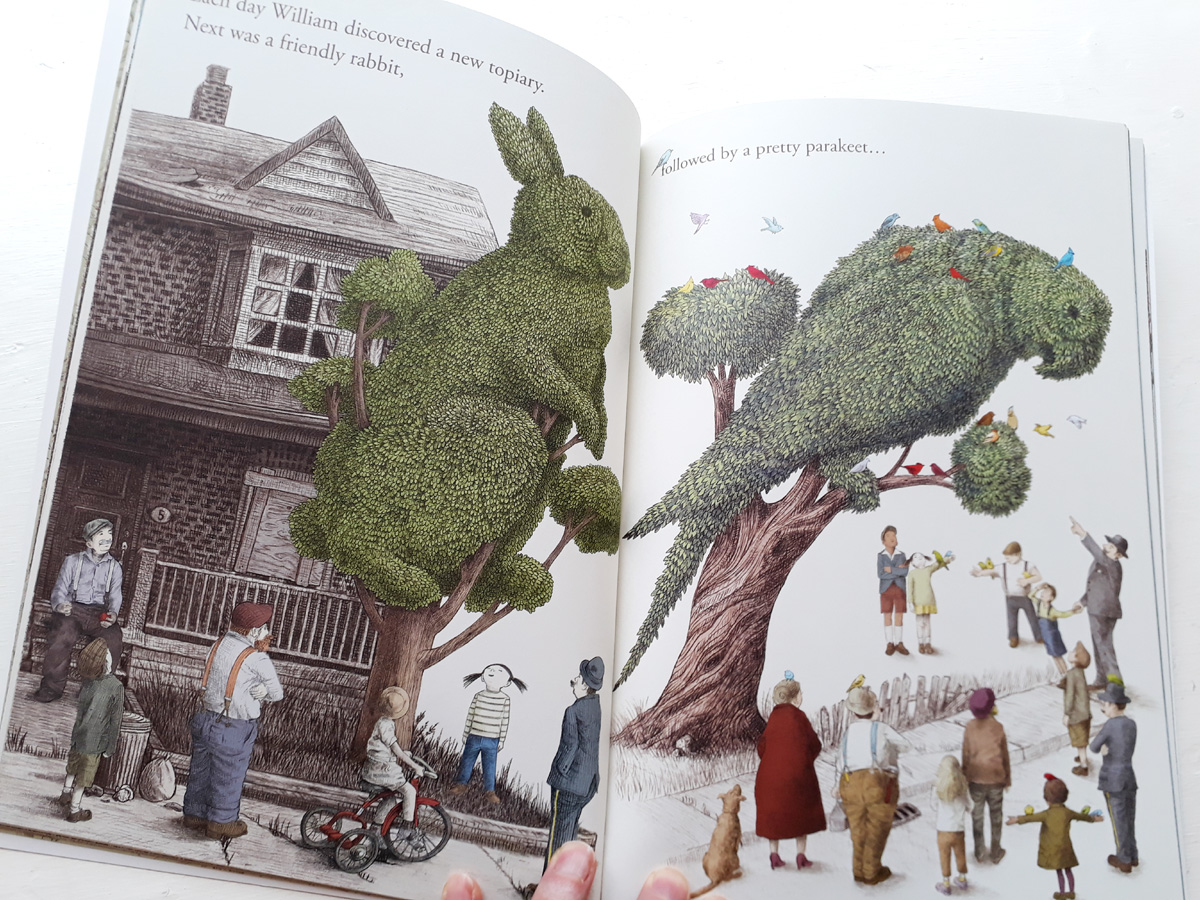 I asked the Fan Brothers, Terry and Eric and about the setting for the story and where their love of trees came from.

Why did you decide to set the story in the 20th Century as opposed to the current day?

We decided we wanted the story to have a classic and timeless feeling that harkened back to an era before cell phones and other modern distractions. We didn’t choose a specific time period, but liked the visual cues from the 1930s and 1940s as far as clothes and the general mood. We originally had the story set in the Victorian era, since Terry and I both have a fondness for top hats and carriages, but with our art director we finally settled on a less remote time period, that still had the classic feeling we were going for. 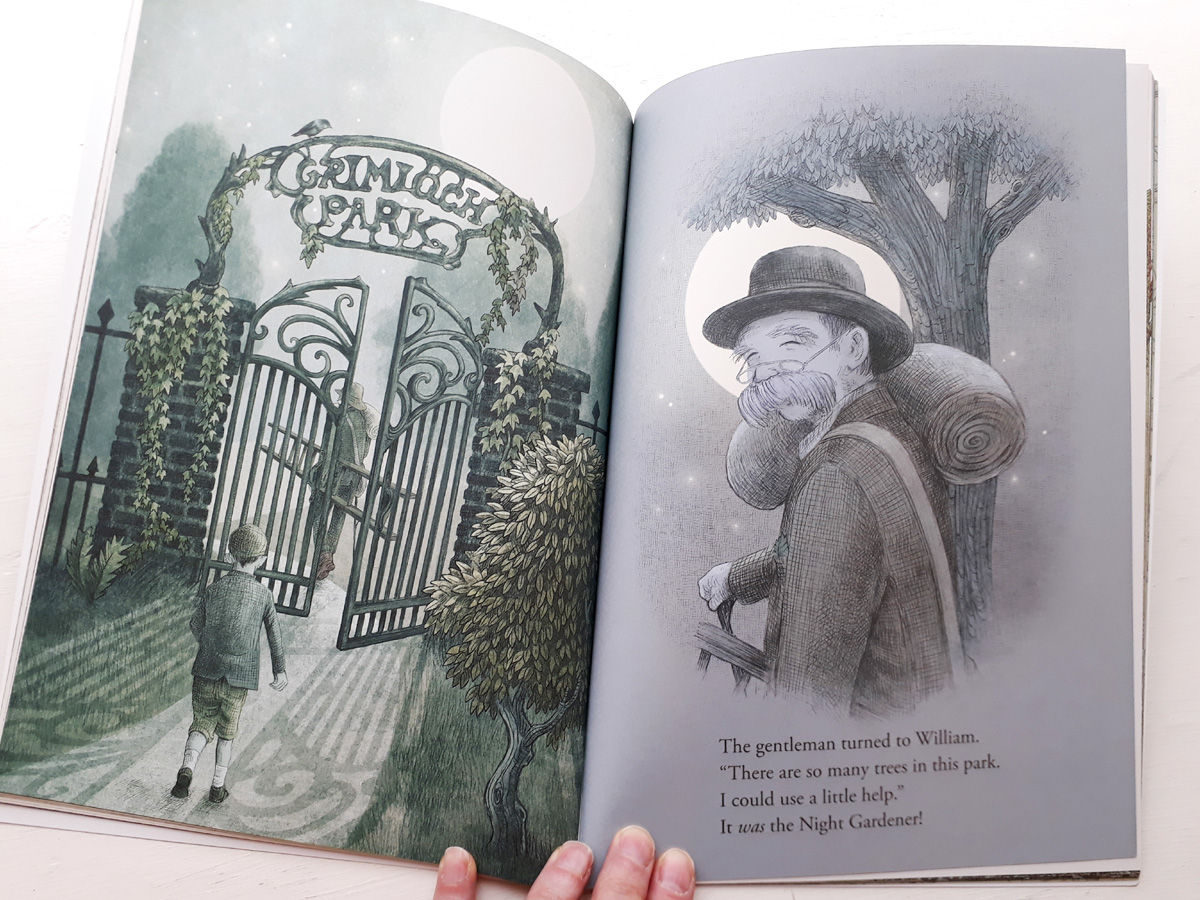 Your love of detail is clear from the book’s illustrations – do you find drawing an absorbing process?

It certainly can be. Looking back on our own childhoods, we always loved picture books with a lot of detail that we could pour over – books that rewarded multiple readings. I think we wanted to bring a little of that to our own book. 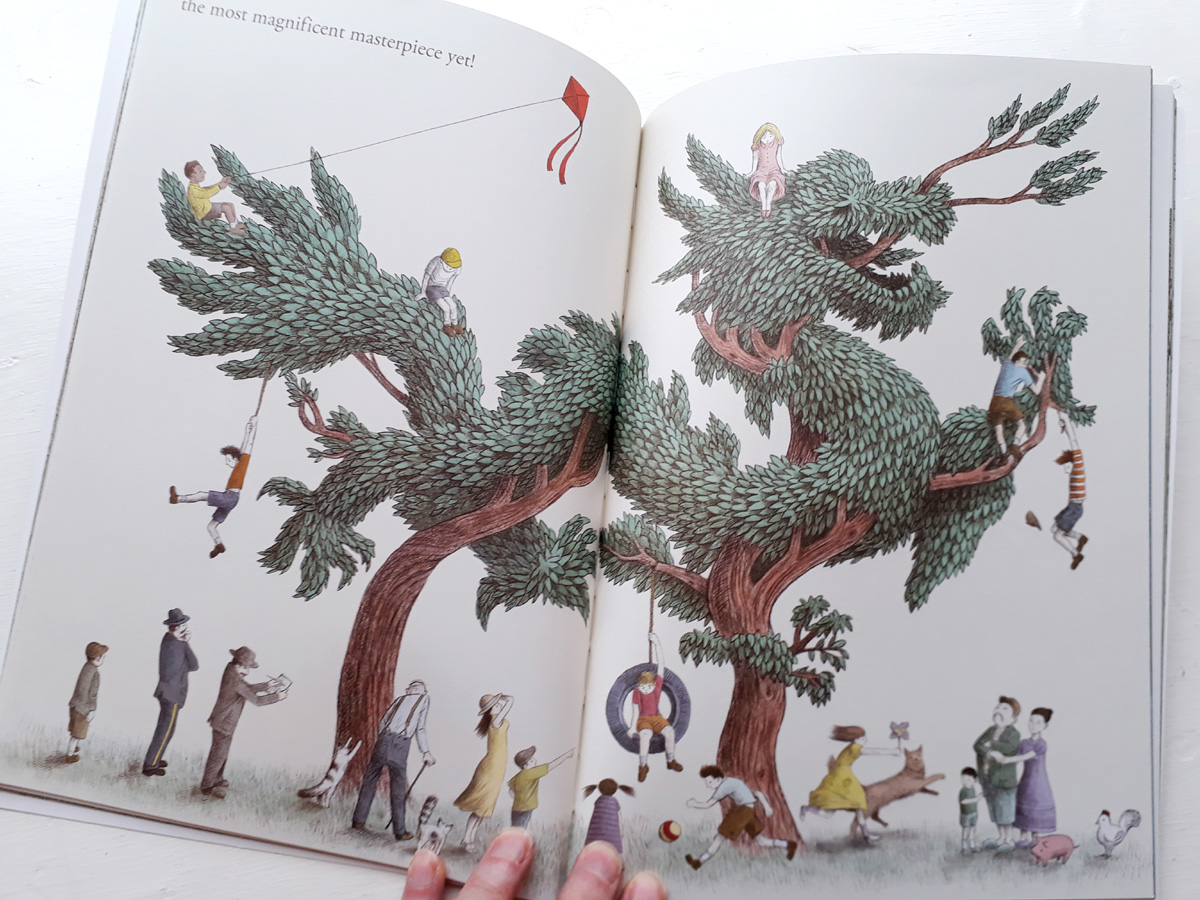 Although trees are prime element of The Night Gardener, for many people trees are just something in the landscape – have they always been important to you?

We’ve both always had a great love of trees. It’s been shown that just being around trees, or hiking through a forest can lower your stress and improve your natural immunity. They’re also quite mysterious and beautiful, and different than any other life form. There are trees living today that are older than the English language itself, which is amazing to me. The character of the Night Gardener was based on our dad, who instilled some of that love in us. He grew up in the lush Taiwanese countryside, and when he moved to Toronto, I think he missed being surrounded by trees and so he filled our house with plants, trees, and bonsai. Our living room was like a miniature jungle, and there was even a parrot and hummingbird flying free in the house. 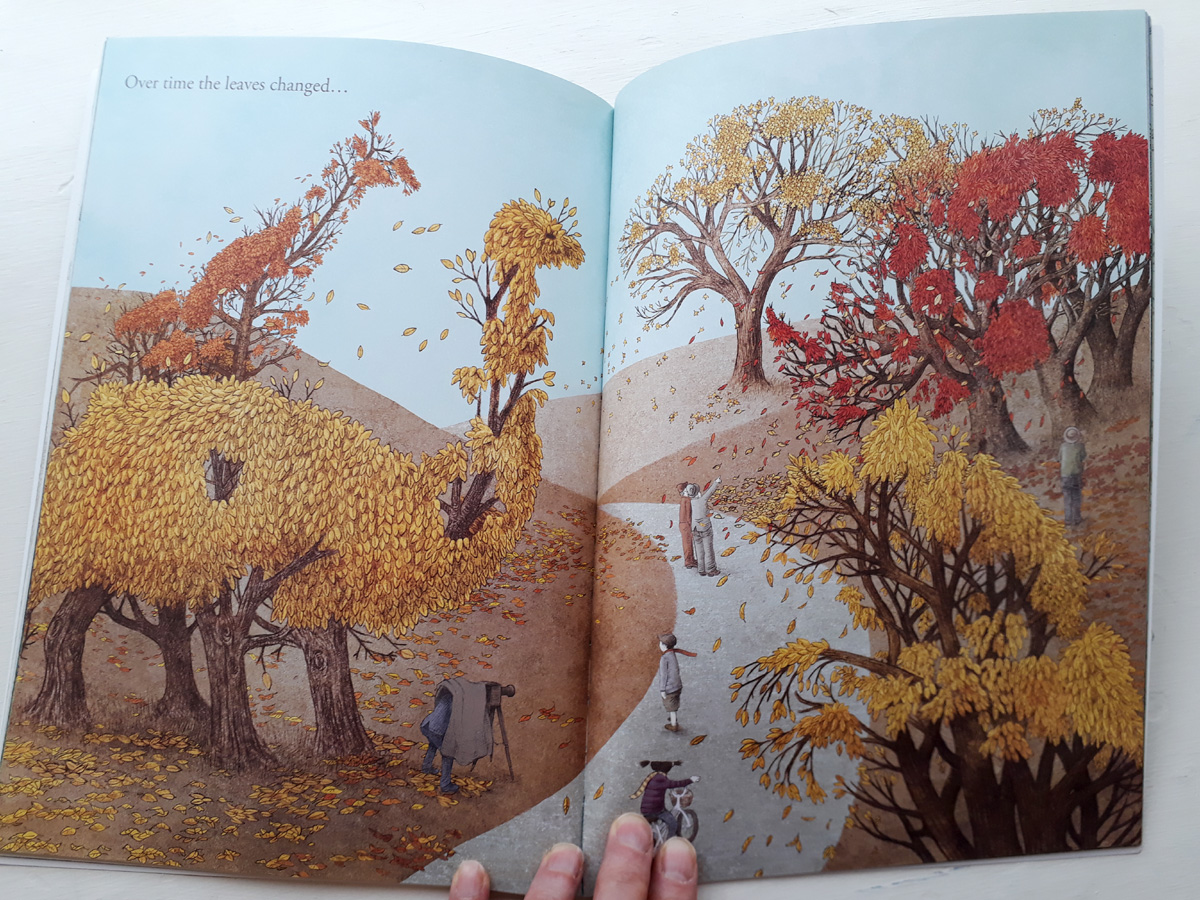