News / Features / What’s the ‘Made In North Korea’ exhibition about?

As the Made In North Korea exhibition opens at House of Illustration, revealing a national style honed by the closed society over decades, we ask curator Olivia Ahmad about the contents of the show, which centres on domestic life, and how it came about. “We hope that the exhibition will add the work of North Korean designers to our collective understanding of graphic arts practices,” she says.

Nicholas Bonner’s book Made In North Korea: Graphics From Everyday Life in the DPRK was the inspiration for the exhibition?

Yes, Nick’s collection is a one-off opportunity to look at a graphic culture that most of us in the UK will never have experienced – it had to be taken. His book resonated with me because of the distinctiveness of the graphics of North Korea, the unique social and political context that they respond to and also its contrast with the usual information that is available to us (here in the UK) about the country. Much of the material we show in the exhibition is drawn from Nick’s book, but we’ll also be showing items that haven’t been seen outside North Korea before, including large-scale hand-painted posters championing the manufacture of domestic products.

House of Illustration gallery – Made in North Korea: Everyday Graphics from the DPRK

How did the selection process go?

Nick has been collecting everyday graphic ephemera from North Korea since the early 1990s, and he continues to do so. Most of the pieces we’ve selected for the show were made between 1975 and the mid 2000s – there is a distinct hand-rendered quality to many of these works. We also have some more contemporary packaging that has a strong contrast with the earlier material, due in part to the increased use of digital design processes. 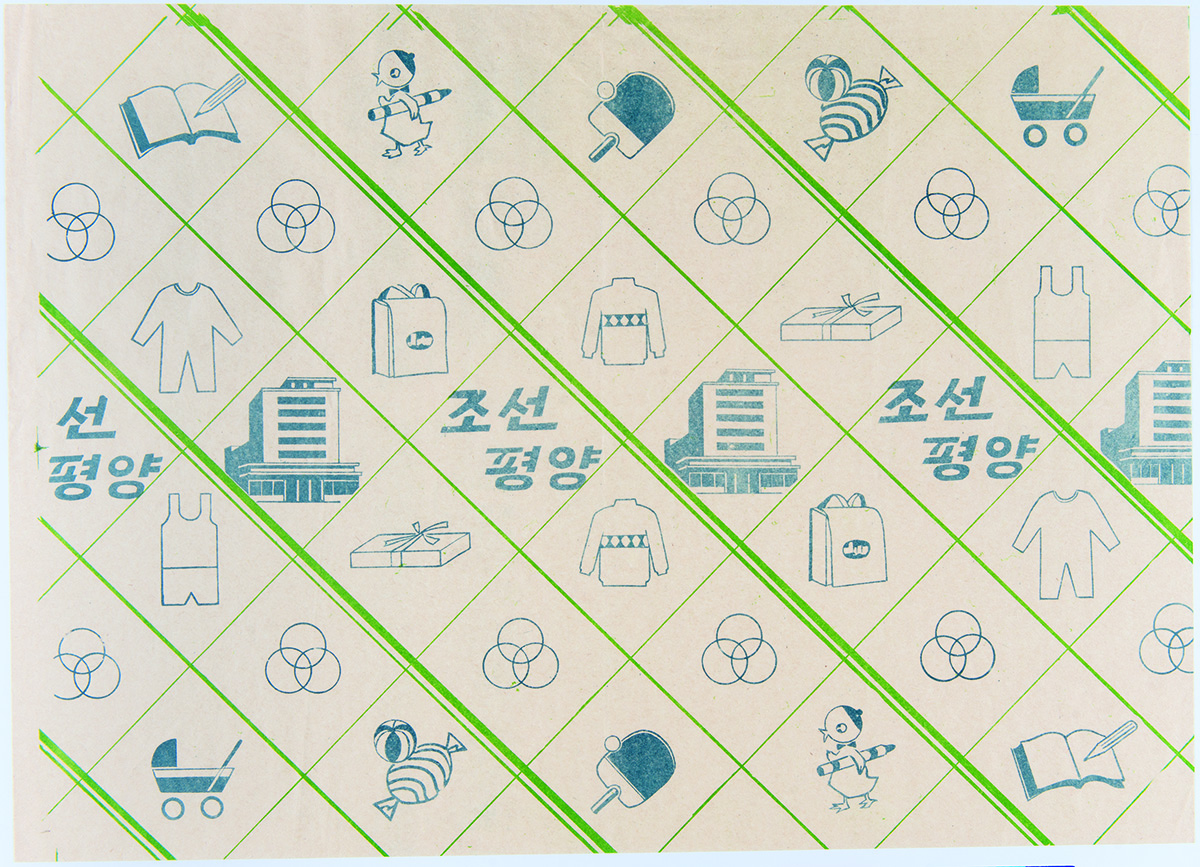 Some of the most compelling pieces are the hand-painted posters that open the exhibition. They feature idealised portraits of women working in textile manufacture, domestic items on production lines and other scenes from light industry, with bold hand-rendered typography. 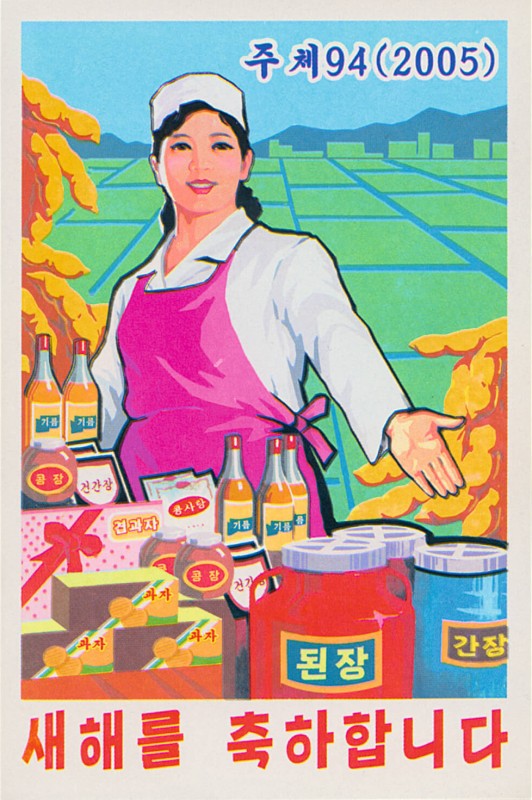 Tell us about the show’s structure, does it follow themes?

We’ve grouped the pieces by the kinds of image-making they represent. So the exhibition opens with a series of hand-painted posters that give an indication of the status of industrial manufacture and farming in North Korea.

This is followed by works that relate to what we might call ‘identities’ and ‘branding’ – items that combine text and iconography.

We have a section displaying over 100 comics, mostly on action and adventure themes, alongside other illustrated literature.

The next section of the exhibition looks at the use of photography and hyper-real images in design, particularly print media made to accompany cultural and sporting events.

The exhibition ends with a film called ‘Enter Pyongyang’, a timelapse film of the capital city made by JT Singh and Rob Whitworth in 2014, alongside recent examples of packaging that perhaps give an indication of where North Korean graphic design is heading.

What is the most intriguing aspect of North Korean design? Are there any parallels with UK design?

It might be expected that North Korean designers have worked in isolation from the design cultures of other nations but one of the things I found really interesting was the evident cross-cultural influences – the socialist realism of the USSR on poster and greetings card design for example.

Advertising, in the way we understand it in the UK, does not exist in North Korea, and while there are different brands of products available, the packaging in Nick’s collection has a striking directness and clarity.

What are the main elements of the exhibition?

The exhibition is focused on domestic life, rather than political propaganda, however there are some identifiable political sentiments. The most interesting manifestation of this for me is the recurrence of symbols and icons that are specific to Korean traditions and ideas of North Korean nationhood – these include magnolias (the North Korean national flower) and the Chollima (winged horse) statue in Pyongyang.

Made In North Korea is open until 13 May 2018 at House of Illustration, 2 Granary Square, King’s Cross London N1C 4BH.

AOI members get 2 for 1 entry at House of Illustration.