Written and Illustrated by Zavka 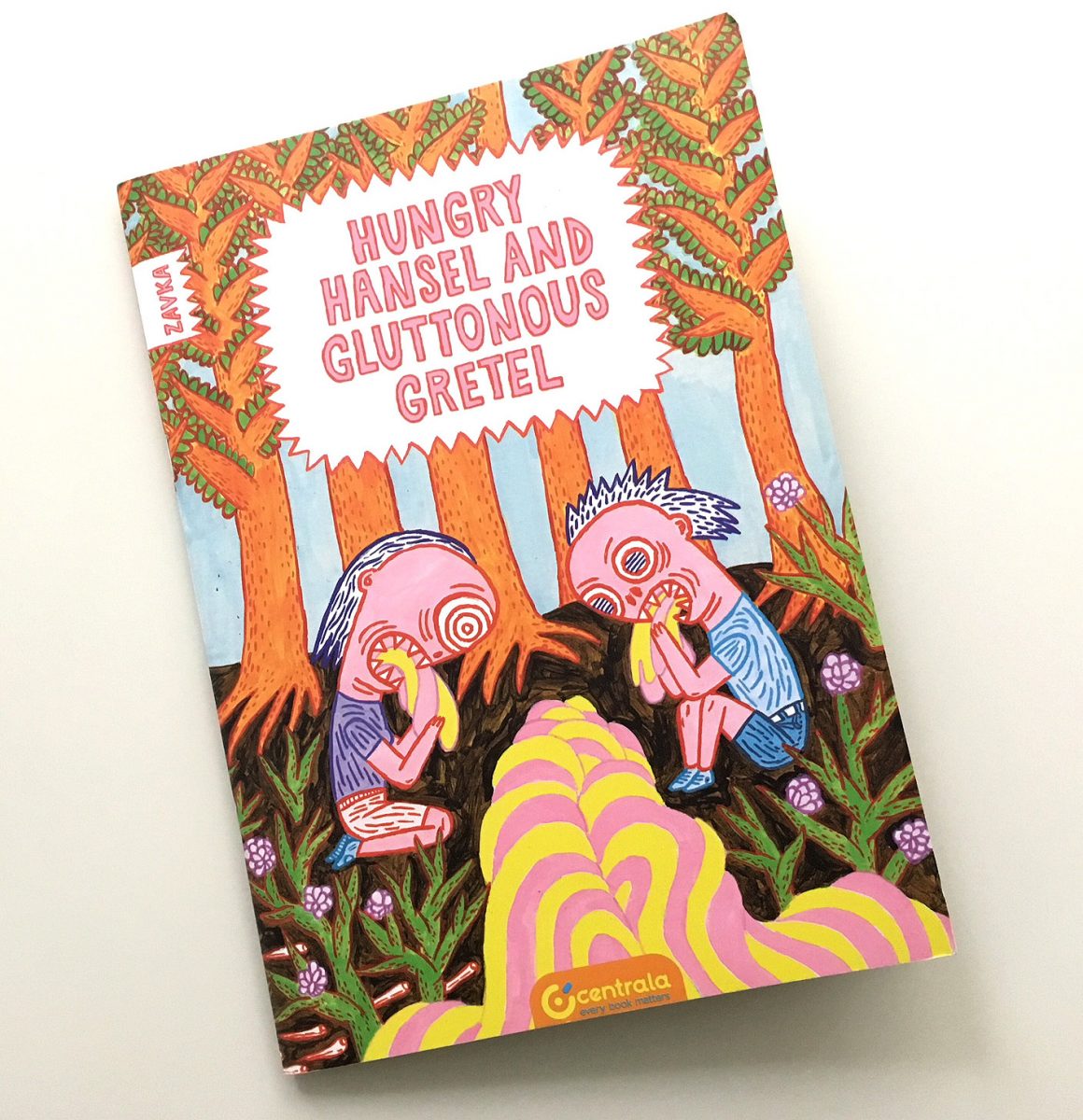 I have two words for this book – absolute bonkers! The imagery by this artist is disturbing, creepy and displays an obsession with bodily fluids and all things stomach churning. Acid colours and discordant hues leave you in no doubt that you are observing the world of the weird.

Zavka’s work is constructed with what appears to be markers or felt tip pens. It is controlled and precise with an assured use of pattern and organic elements. This is perfectly demonstrated in the inside cover images. 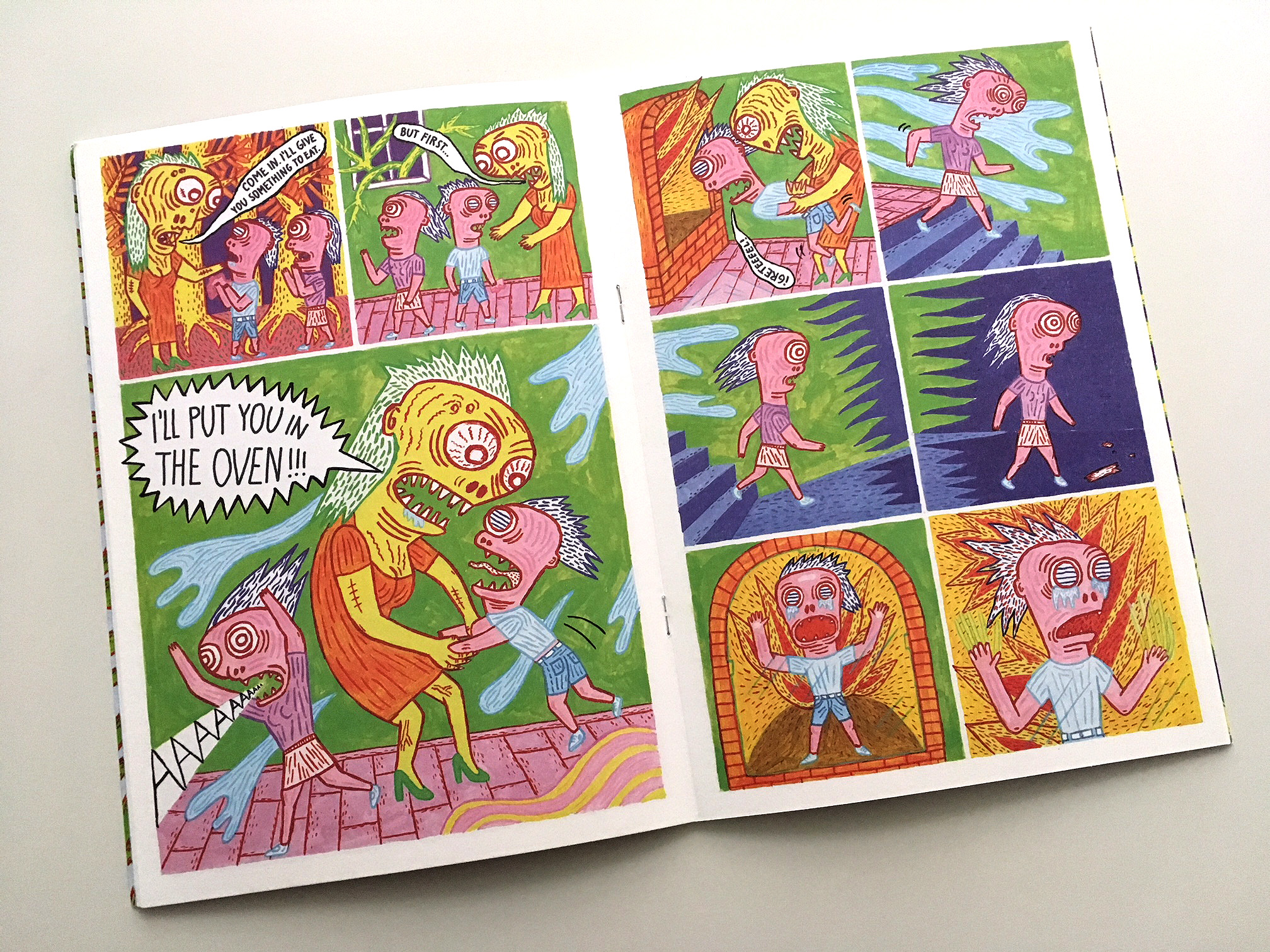 The siblings in the story eschew all the charms of their namesakes, but do take us directly back to the morality that fairy tales were designed to impart to an audience. Zavka’s vision is brutal and pulls few punches, worse than a hallucinatory nightmare, these horrifying events contain an honesty that is commendable.

The comic book structure with speech bubbles drives the narrative, but it is the lurid illustrations that hold our attention most, and crystallize the unfamiliar in our consciousness. She displays an almost David Cronenberg-ian vision of body horror that is off putting at times. 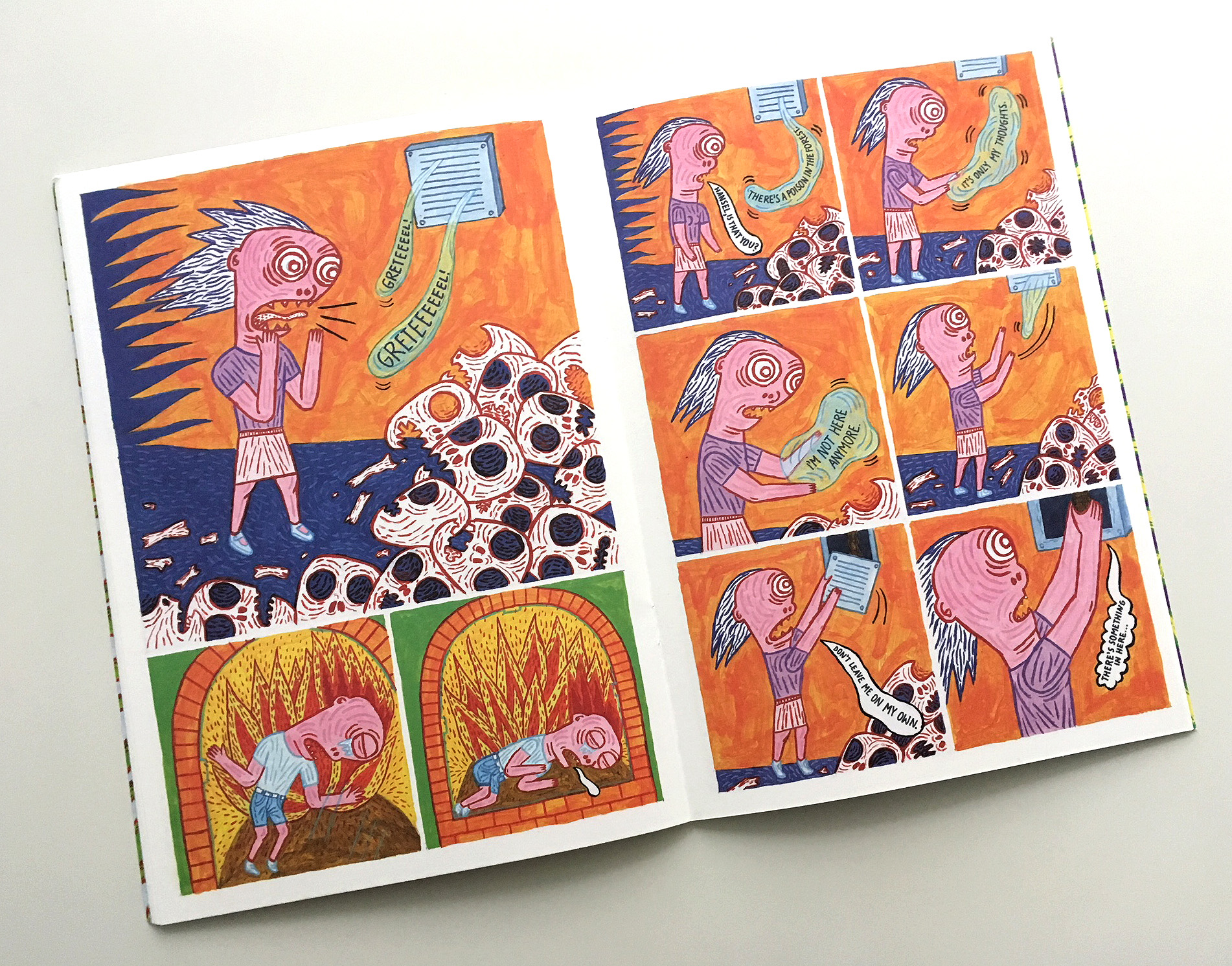 We are in a world that is not safe and cannot be easily dismissed. Is this a tale of child abuse, matricide and the unrestrained superego released by amatoxins and phallotoxins? Perhaps so, but there is also an abandonment of logic that is liberating. Zavka is the master in this world and she holds a mirror up to us in both the styling and underlying structure of the book. Writer Douglas Wolk would classify this work as an ‘ugly comic’, and I’d have to agree with him on that, but it’s still a great comic none the less. 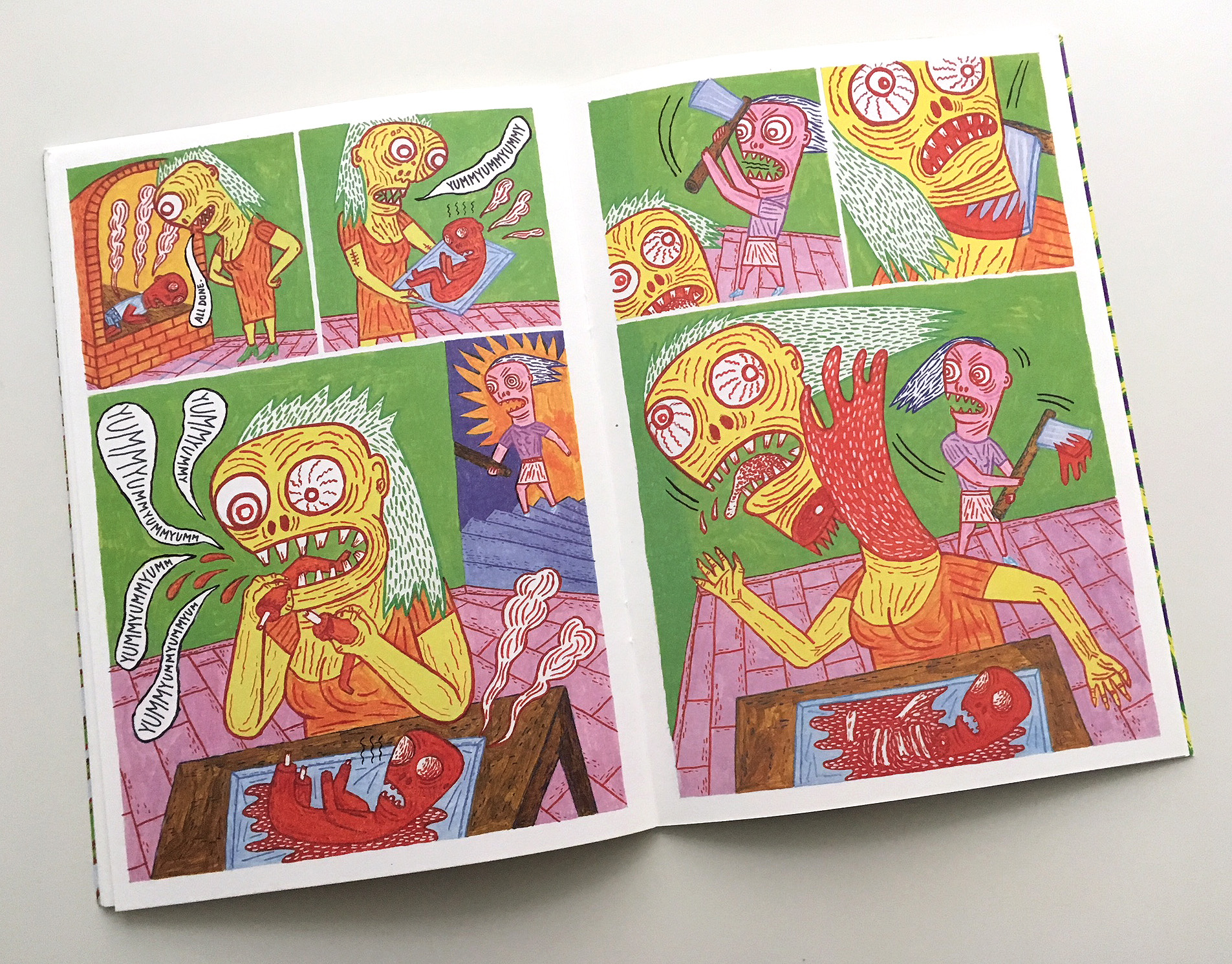 Greed is not good according to the narrative and it can leave you seeing things no one should ever see. The fate of the characters is never really explained or resolved. You are still asking questions long after your mother calls you in for dinner.