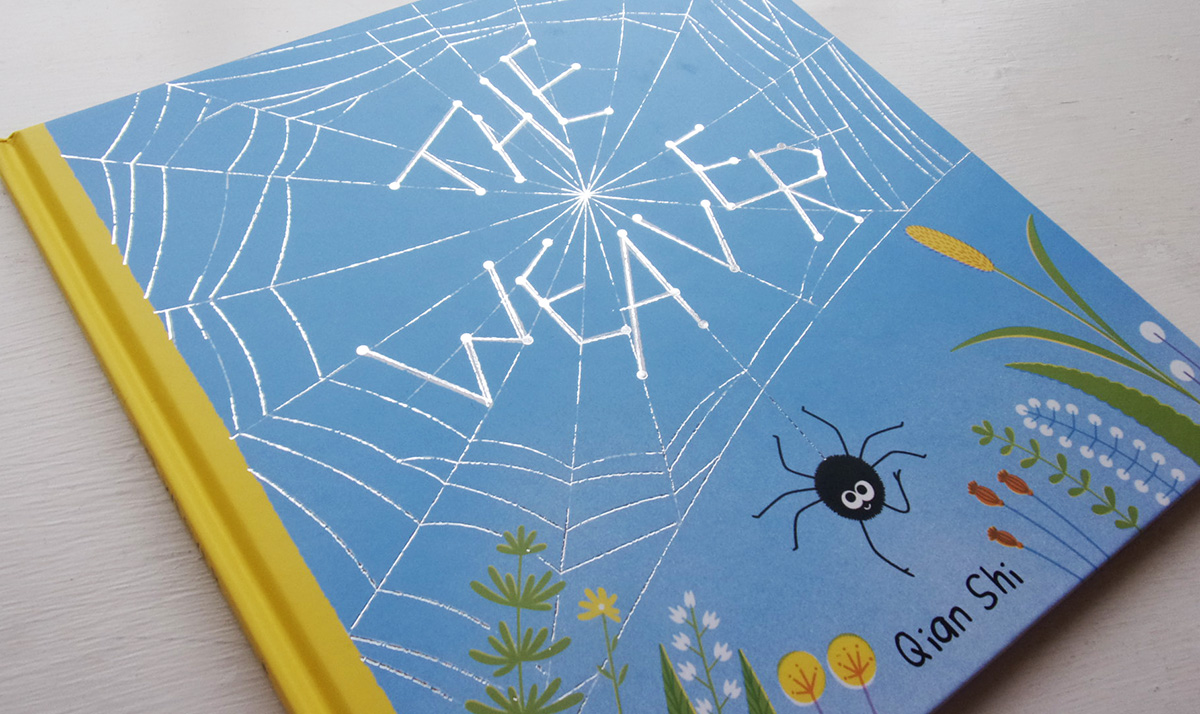 Stanley is the kind of spider you can really get behind. No catching little winged creatures in his web for him, oh no. He just wants to decorate that web with beautiful things he finds: leaves, flowers and even small man-made items that humans discard. But can the collection on his web survive the wind and rain? 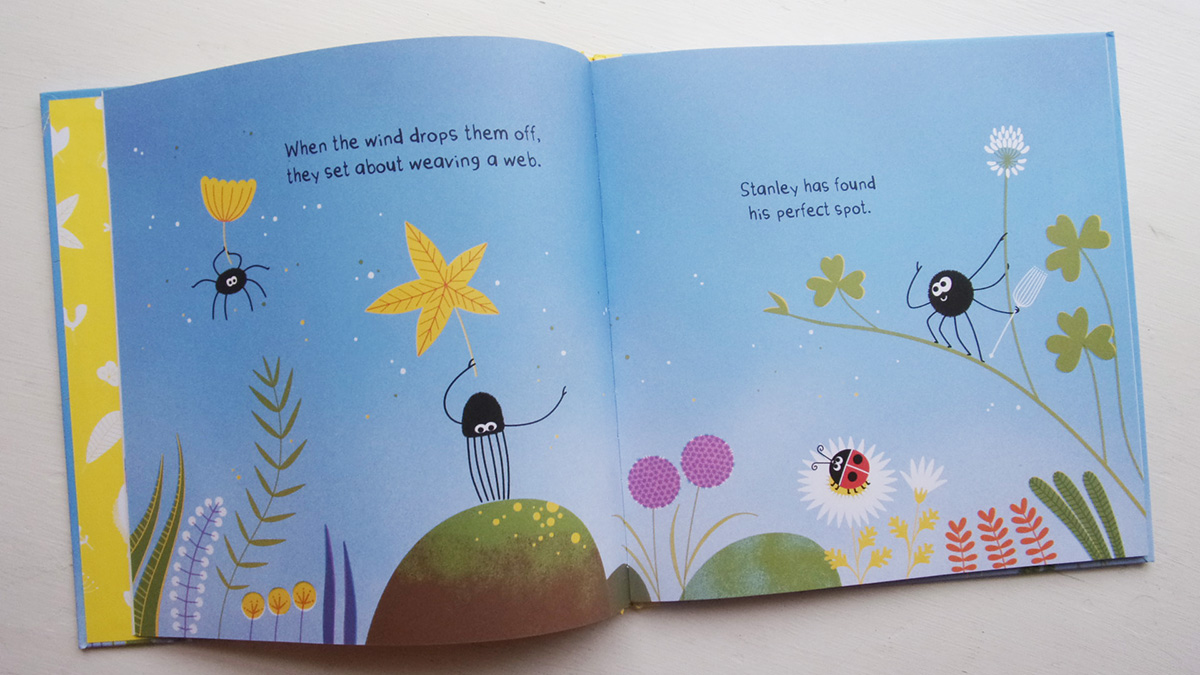 With a cute central character, The Weaver presents an idea that is found in nature, but usually when the creature doing the decorating of its environment is trying to attract a mate (such as the Bowerbird). Stanley, however, is satisfying his own artistic inclinations, to the admiration of the insects around him. 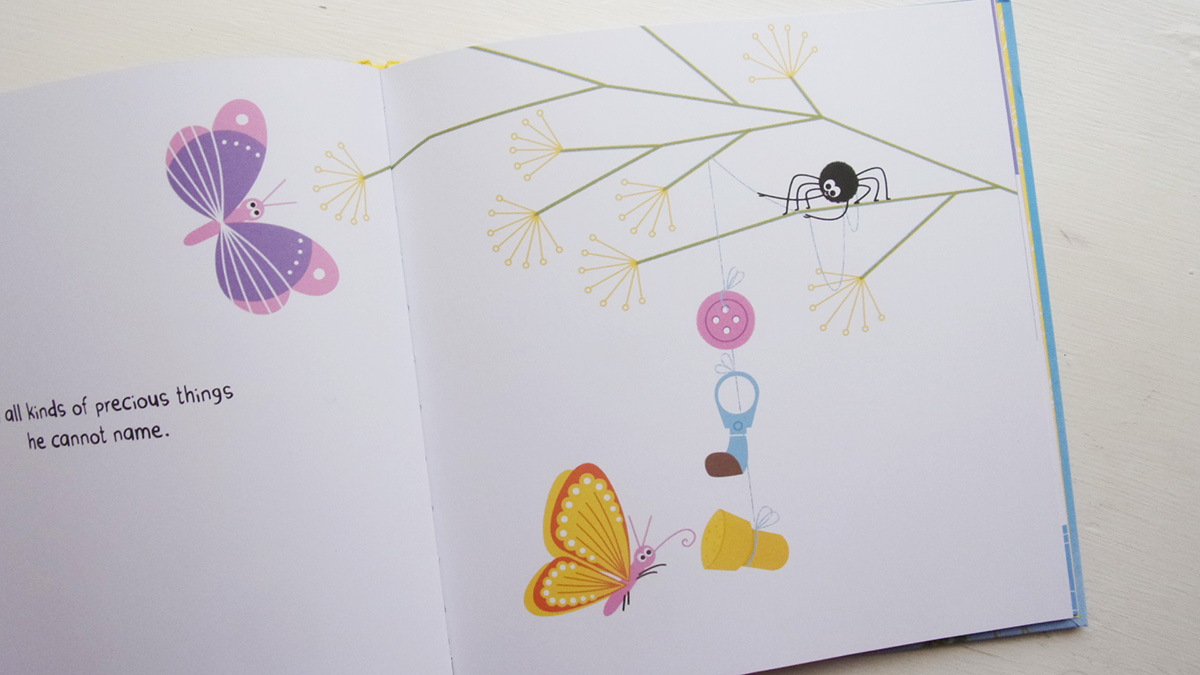 When the weather does it’s worst, stripping his web of it’s decoration, Stanley finds a way of replacing the objects by weaving a representation of them into the structure of his web – a creative solution to the loss. But with more inclement weather to come, even that may not survive. 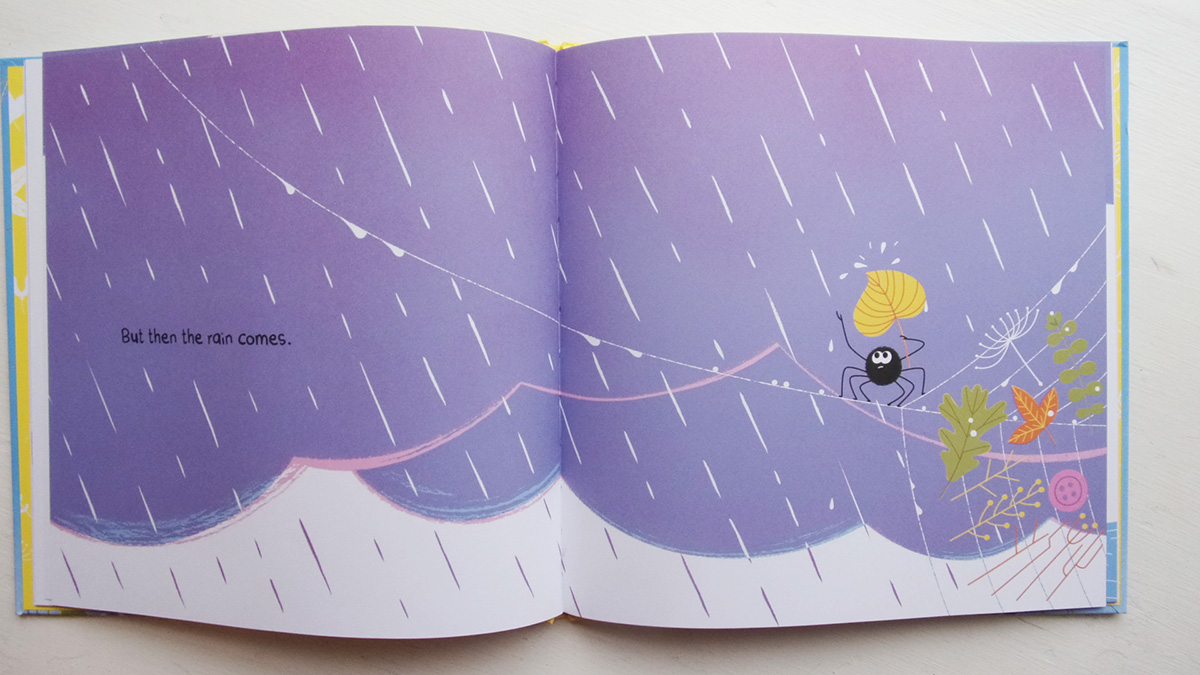 Qian’s illustrations have a pleasing sense of space and movement, reflecting her experience in animation. With compositions well designed across the double page spreads, and an appealing limited colour palette, The Weaver is a charming success for her first book.

To find out more about The Weaver, I asked author/illustrator Qian Shi some questions about Stanley and her story. 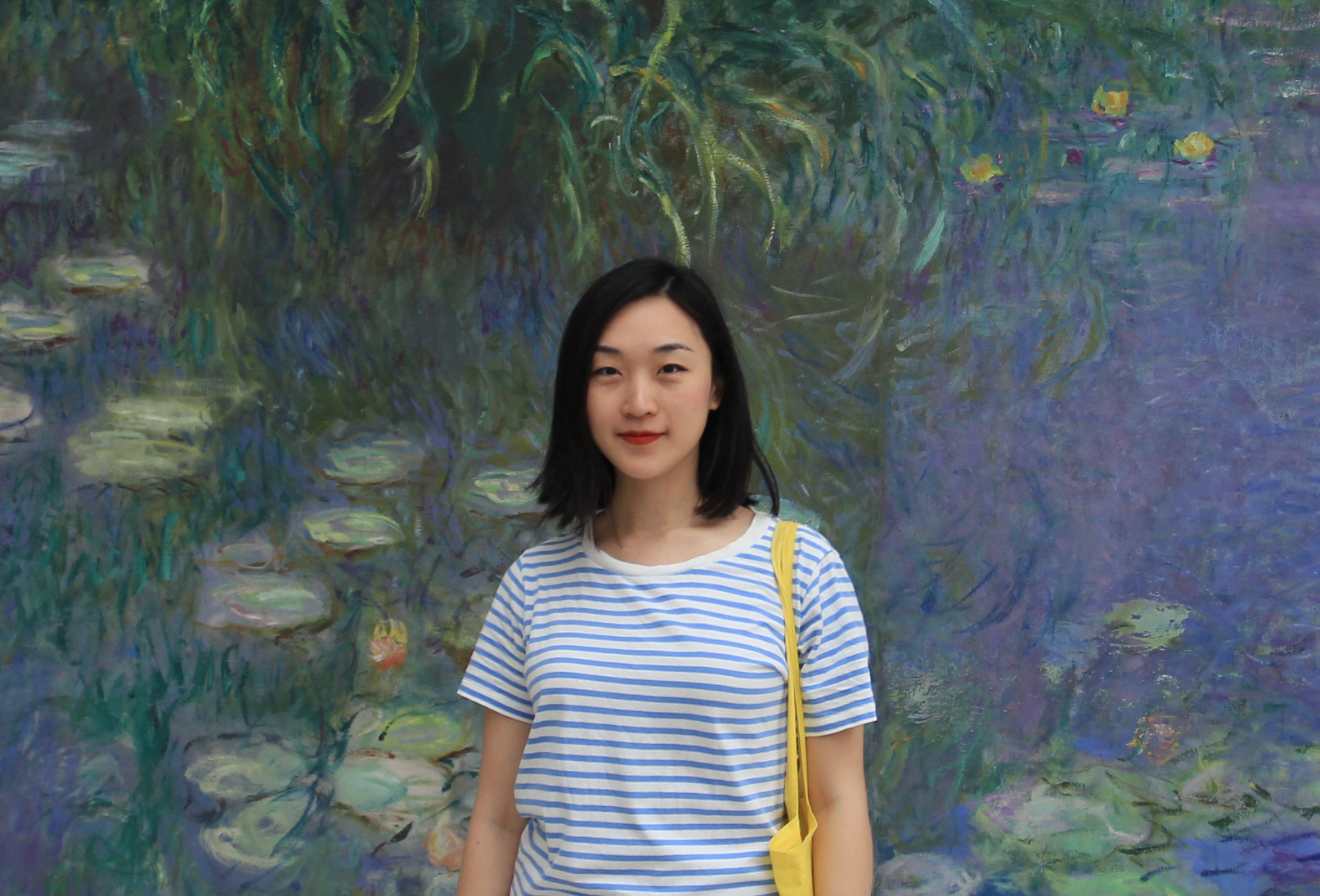 How do you go about creating a character such as Stanley the spider – what’s your process?

I start by imagining what Stanley would do, so those moments when he collects leaves, seeds and twigs were among the first sketches. I also wanted his design to have a strong simplicity, a black dot, eight legs sometimes turning to arms which adds to the charm of Stanley.

Due to the story having only narration and no dialogue, I knew that Stanley would need to be really expressive – through his facial expressions and through his body language. Here for instance my years of animation training comes in handy.

One of the animations Qian has created for The Weaver

Pacing is important for stories – as an animator do you approach that differently for a story book?

I totally agree, pacing is the biggest challenge in transitioning myself from making animated films to creating a picture book. When comparing the two: a film has a fixed linear timeline, audience experience the film’s pacing as given, whilst the reader of a picture book can look at one spread as long as they want, or to flip through the story as fast as they wish.

Coming from an animation background, I naturally want to show movement, I could draw a sequence of continuing poses when I want to stretch the time in order to emphasis emotional transitions of the character. Or, I could really jump from one moment to another. For instance, when the rain first comes down, the raindrops fall diagonally, but in the next page when everything is falling, the raindrops become vertical, the contrast between these two pages creates a sense of speed. 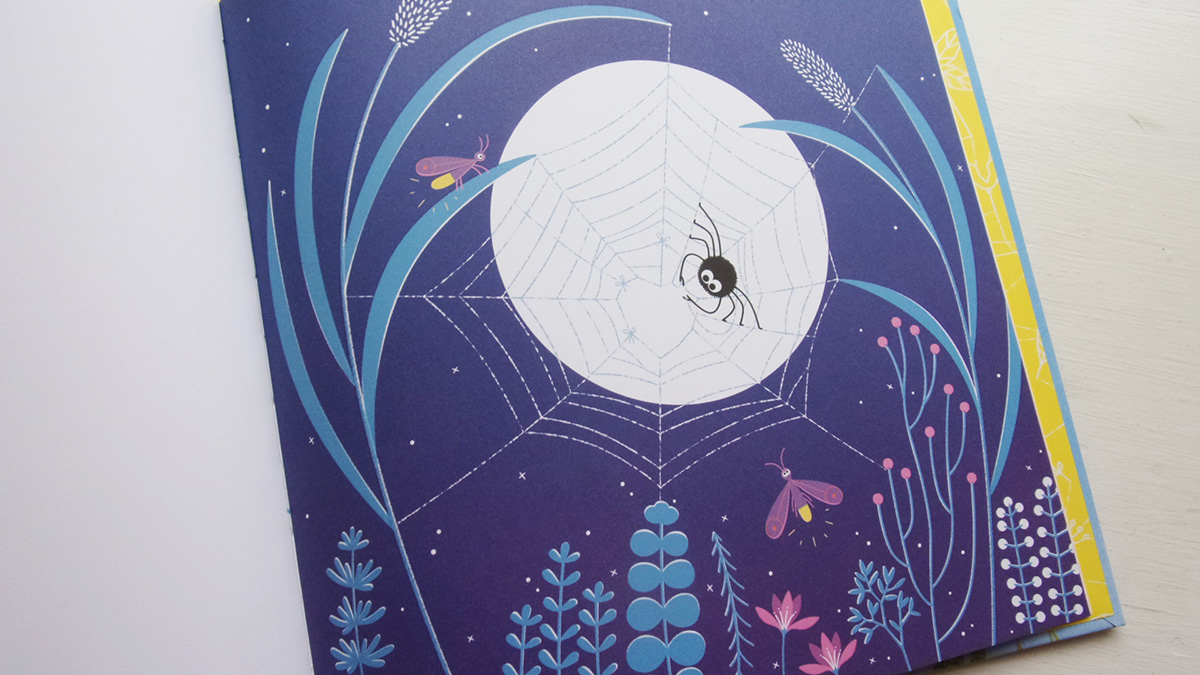 Stanley is a problem solver – are you one too?

Not to give too much away, but Stanley doesn’t hang around his web creation at the end. What were your intentions behind this?

By weaving what he has lost (into his web), Stanley learns to let go, but also finds a way of sharing his creativity. It felt right that it was time for Stanley to move on and embrace new adventures.

One of the animations Qian has created for The Weaver