We caught up with Tony Rodriguez, the WIA Professional Editorial category winner in 2017 to find out more about his work and his advice for aspiring illustrators. 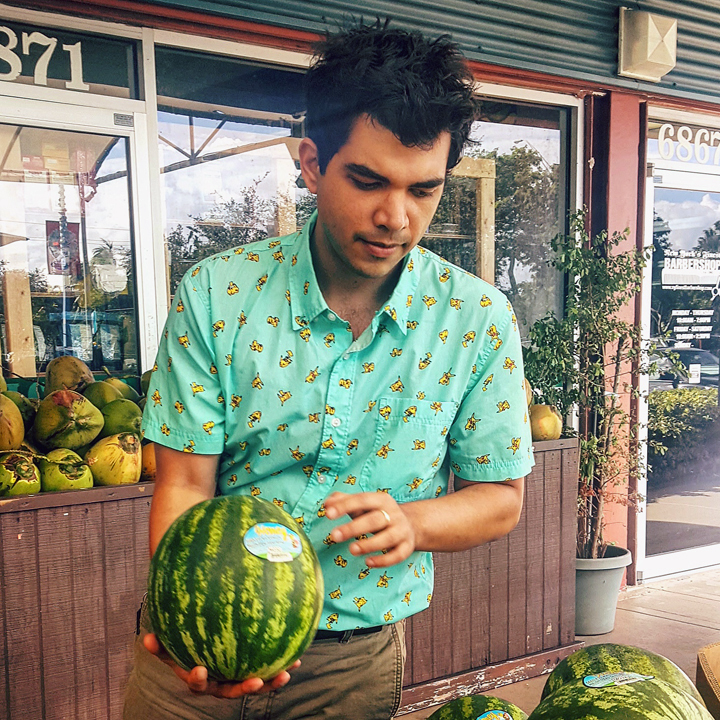 Hi Tony. You are a professional illustrator and educator. Can you tell us a bit about yourself and what you do?

Hi there. Yes, I’m an Editorial illustrator represented by the Sullivan Moore Illustration Agency and I also teach Illustration and Foundations Studies at SCAD Atlanta. Like many others, my love for illustration stems from my childhood. As a kid, I was immensely inspired and motivated by animation, film, and music. I was heavily inspired by Michael Jackson’s Moonwalker film and everything and anything animated from ‘Batman the Animated Series’ (1992) to Disney’s Robin Hood (1973). I’ve tried to keep these themes of music, film, and silliness present in my work along with an important and often times challenging ingredient, naivety. Working digitally with a Wacom tablet has allowed me to achieve this look. Whenever I get an email from a client, I always work straight into Photoshop with a Wacom tablet from sketch to final art.

As for work, I’m always working within the realm of Editorial Illustration for magazines and newspapers. I’m often called upon to illustrate poets, actors, convicts, musicians, and often times the occasional social issue. It’s truly an honour to fit within these categories as there are so many wonderful artists who tackle these genres so well. Typically I’m working with clients like The New Yorker, The Washington Post, Rolling Stone, The Boston Globe, Nash Country Daily, and several others. As of late, my role as professor is reigning supreme. I teach basic Drawing classes alongside a variety of illustration classes at SCAD. I’ve been handed the responsibility of teaching Animated Illustration, Digital solutions, Digital illustration, Advanced Studio Techniques, Materials and Techniques, and Drawing for Illustrators. Teaching these classes keeps me on my toes as an illustrator and puts me in an environment where I can collaborate with students and faculty to heighten my knowledge within the realm of what I love to do.

The World Illustration Awards 2017 Professional Editorial Category is a highly competitive category – what did winning it mean to you?

To be recognized within this arena was overwhelming. It still is. I remember making a tight fist when I noticed I had made the short list. That was enough for me to mark off as a noteworthy achievement. However, as I received notice on the final awards, I was speechless. The power of the AOI was a large part of my initial and ongoing excitement. The AOI is a tremendously powerful guild of artists offering up a wide variety of tools and tips for continued success within the illustration industry. The award was obviously more than the trophy. Overall, this feeling of wonderment becomes more clear when you notice that it carries an artist into the realm of AOI’s connectivity, and exclusivity. Winning this award is a giant step forward for an individual’s creative career. When I received the photos of all the works on display at Somerset House, The reality of what I’ve just mentioned came into complete focus. 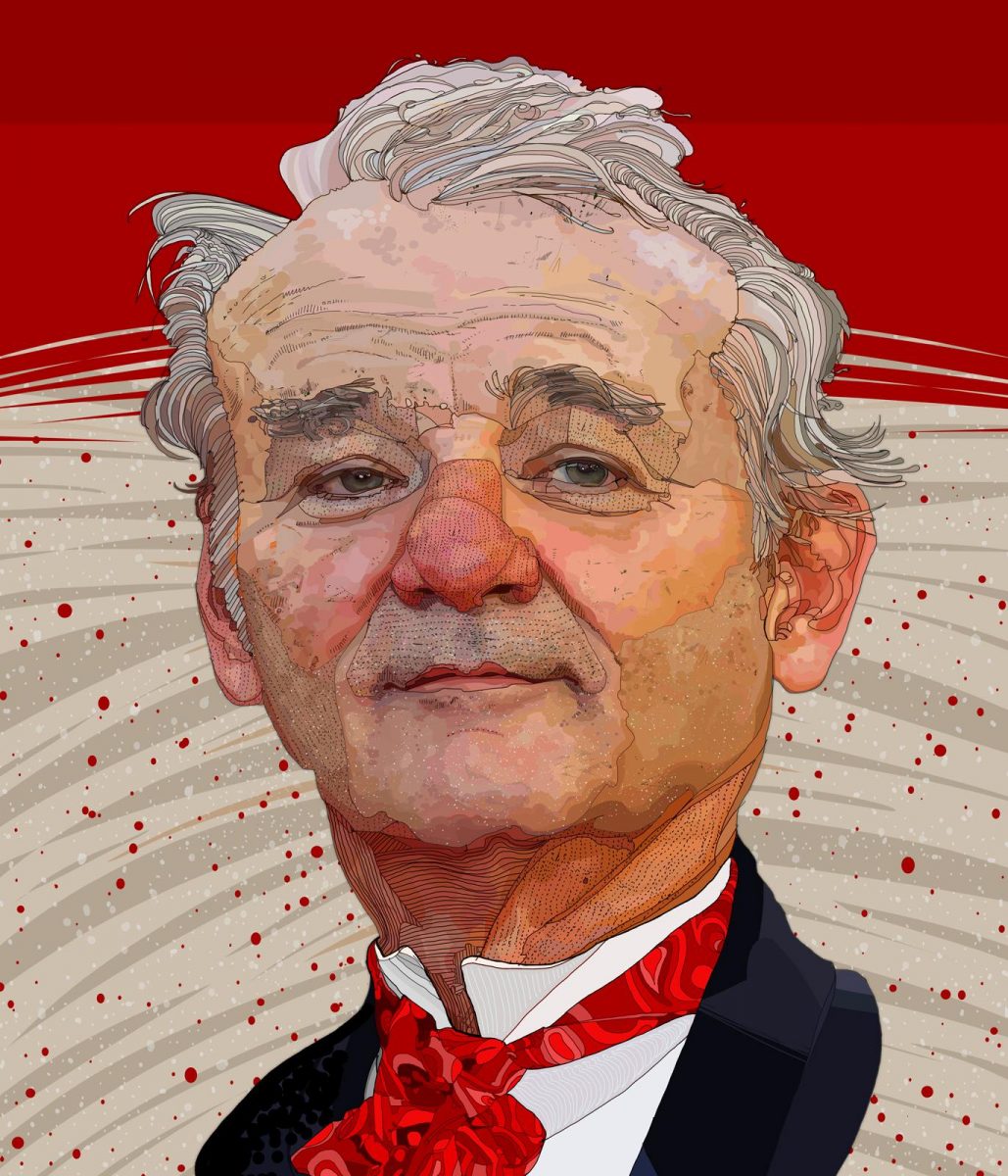 What was the best thing about winning the Award?

I was not able to attend the opening reception and exhibition at Somerset House. I was deeply saddened by this until I received a gorgeous packet, booklet, trophy, and photos from the show. It felt like the entire WIA2017 showed up on my doorstep from overseas. I was thrilled. I stacked everything together on my porch table and sifted through all of it. I set up my account, and really sat with the entire package and allowed myself to enjoy at least some of the experience that I unfortunately missed in the UK. A close second would be the overwhelming feeling of pride when I noticed one of my students had made the shortlist. I am so very proud of SCAD Atlanta’s Hengguang Li.

Have you any advice for illustrators who might be thinking about entering this year’s Awards?

I think that anyone who professes to be interested in illustration should consider their submissions to competitions and contests as business decisions. It’s not necessarily about winning. It’s more about an investment in your career as an artist. Take note on what the competition offers the winners and what kind of rewards you stand to receive if chosen. Ask yourself, “What can this do for my career as an artist?”. 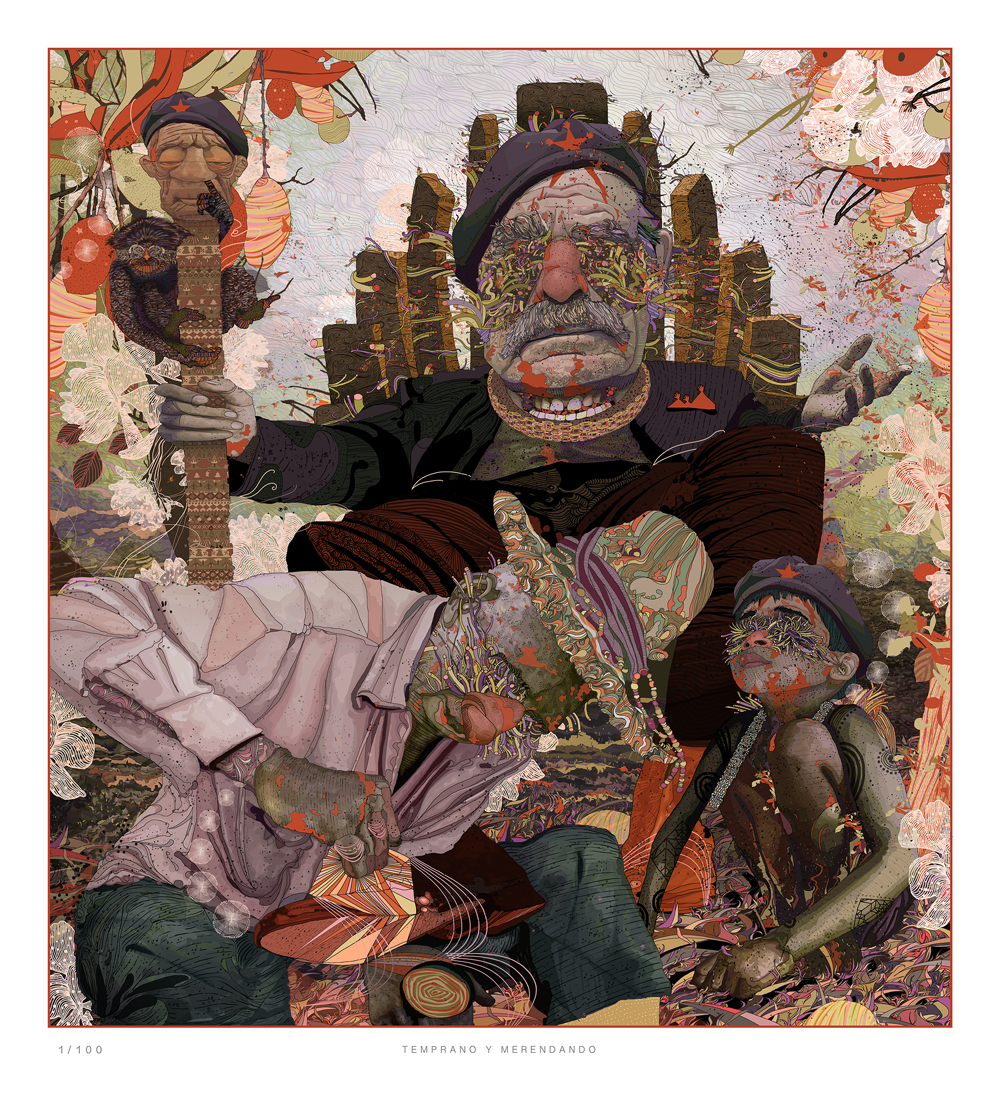 What have you got coming up next?

I’m currently working on a project with Ace Entertainment for Facebook TV. I’m hoping the Art Directors appreciate the turnout as this is my first advertising gig. I’ll also continue working on a personal series of images based on my late grandfather’s poetry. It took me roughly 6 months to complete a piece titled ‘Temprano Y Merendando’. I’m hoping to complete the next image in 3 months.