You might know Leon Edler’s work from our very own leaflets and light blue branding. His conceptual illustrations and cartoons have featured in newspapers across the globe, as well as in advertising and publishing.

We caught up with him to discuss his latest venture: a print store with a difference selling limited edition prints by fifty of the best Illustrators and Graphic Designers working today.

Were there frustrations with the market that lead you to opening Room Fifty?

Not so much frustrations as a realisation that this type of store didn’t exist. I first got the idea when talking to someone at a party a few months ago. They had wanted to find prints by female illustrators, but couldn’t find any. I told her that I knew of probably 50 female illustrators that would sell prints of their work. I started looking for sites that sold great prints by illustrators for reasonable prices but there wasn’t really anything out there. There were print on demand sites with a huge amount of products of varying quality, galleries selling giclées of a few illustrators’ work for huge prices and illustrators selling their work through their own sites – but you’d have to know their work in order to find them, so they don’t reach the public. All this amazing work being made by amazing artists and not accessible. I wanted to make a store that was fair to everybody – the public and the artists. All illustrators have been contacted by companies wanting to sell their work in some way and give them a shitty deal. I didn’t want to do that. I wanted to sell limited edition prints for set prices and sizes, so everyone could afford something, and the artists would get the majority of the profit (70%). 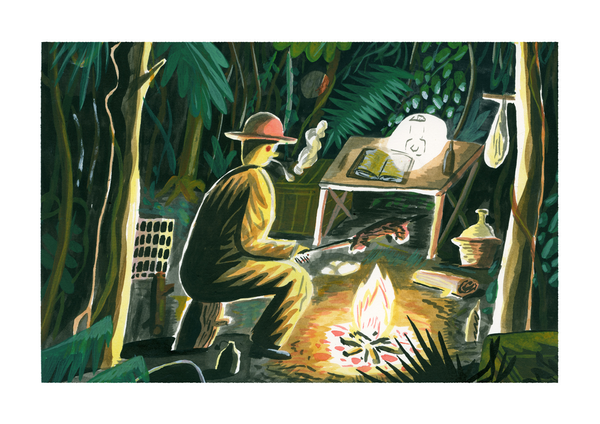 And what was the process of choosing the fifty illustrators? Will the fifty be changing?

A few of us in my studio put a list together of who we thought were the best illustrators working at the moment. It was really important that women and people of colour made up a large proportion of the roster, so I contacted about 60 people initially with the idea, assuming it would take a while, but we had 50 people after 5 days. I was so pleased with the response. All artists are free to leave when they want, but I’m not planning on changing the artists anytime soon.

At what point in your career would you say you need to be in order to take on a project like opening your own print studio, would you say that’s open to most illustrators?

I think it’s definitely helped being reasonably established as an illustrator. It meant that it wasn’t a complete stranger contacting the artists. They knew it would be for illustrators and run by an illustrator. But I also think it was the concept that grabbed people. 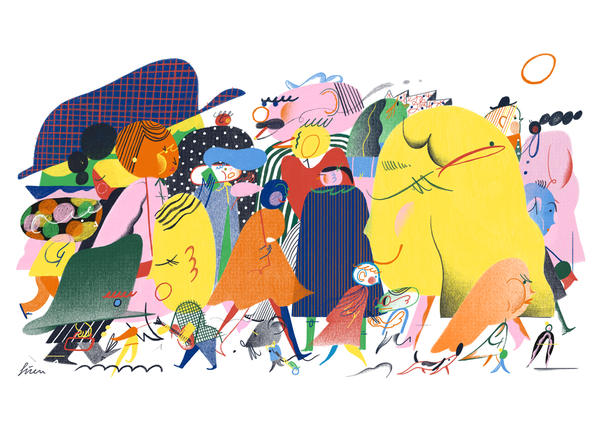 If you could narrow it down to one thing, what has been the most difficult part of setting up this project?

Doing it in 6 weeks. We really wanted to be ready for Christmas, but there is SO much to do when you start a business, especially when you’re asking 50 artists to meet a nuts deadline. Everybody was great though. I can’t thank them enough for getting all this amazing work ready in time.

How did you go about choosing who to commission for Room Fifty’s branding? Did you have a particular style in mind?

As soon as I had the idea, I knew I wanted Chris Clarke to be one of the artists and also do the branding if I could get him. I’ve worked for Chris at the Guardian, so I knew he was a really nice guy. His design work on the Guardian speaks for itself, and I really loved what he had done recently for Grand Matter. Chris was really up for doing it, and brought in designer Ben Longden to develop the site. I think the three of us worked really well together and what they have produced in six weeks is unbelievable. The site and branding looks amazing and Ben has made the site so user-friendly. It’s really incredible. 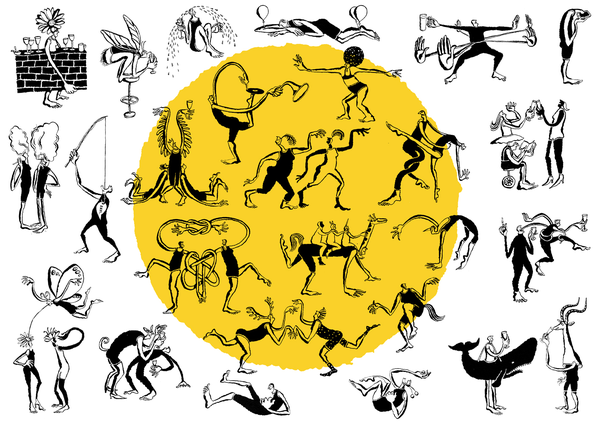 Do you have any particular ambitions with what Room Fifty could achieve in the future?

I guess I just want it to be the best place to buy the best art all over the world. I want to keep it simple, so I’m not planning to move it into other areas. I love the idea of all this great work going into houses all over the world, and people being able to collect limited edition work by artists they love, without spending a fortune.