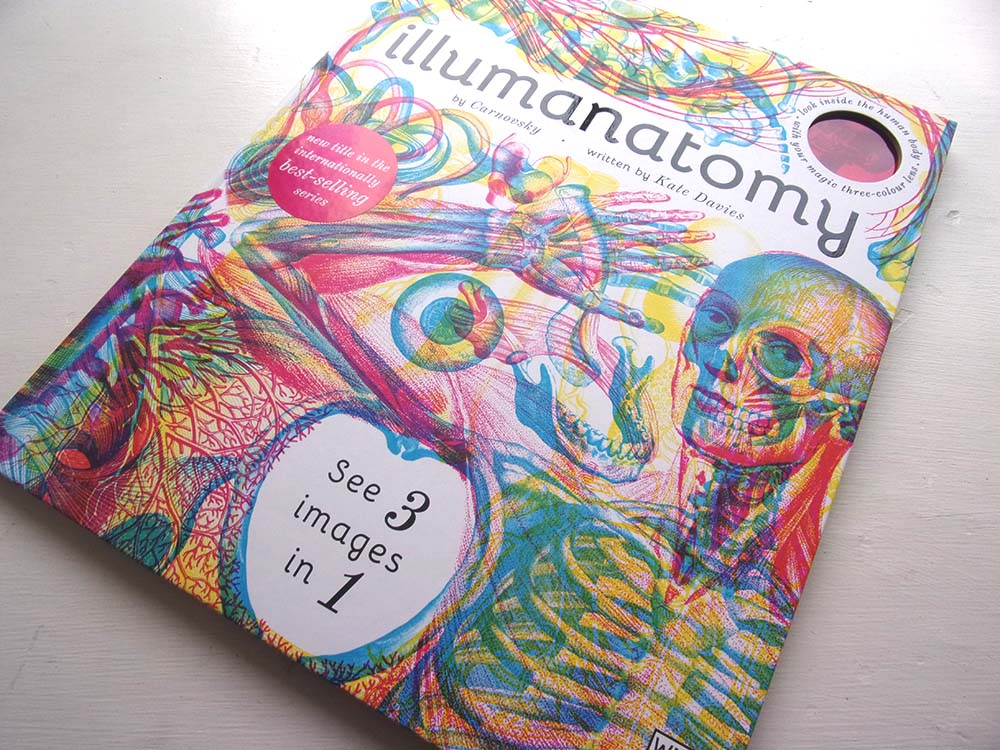 This is an extraordinary book. I’ll be honest, when it arrived in the office there was a ‘Oh, it’s another 3D thingy’ type attitude. Until, driven by the sort of inquisitiveness that only a foreboding pile of filing can generate, we prized the three colour viewing lens from its pocket at the front of the book and looked at the jumbled pictures of the human body. 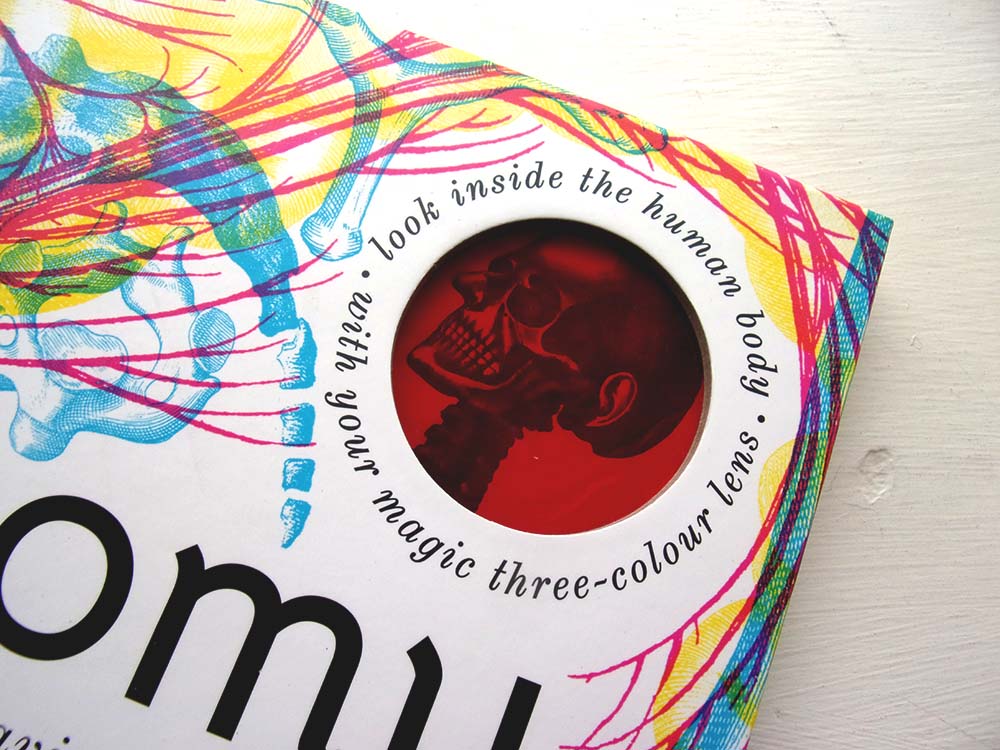 After that it was every man for themselves to exclaim in wonder. It’s not just the detail – which I’ll come back to – it’s the clarity with which a jumbled mass of three colour sinew, bone and organs clarify as you look through the green, red and blue screens respectively on the ‘x ray’ pages. It’s like going from ignorant gawper to eagle eyed surgeon. I understand more about my upper arm for example than school ever taught me. 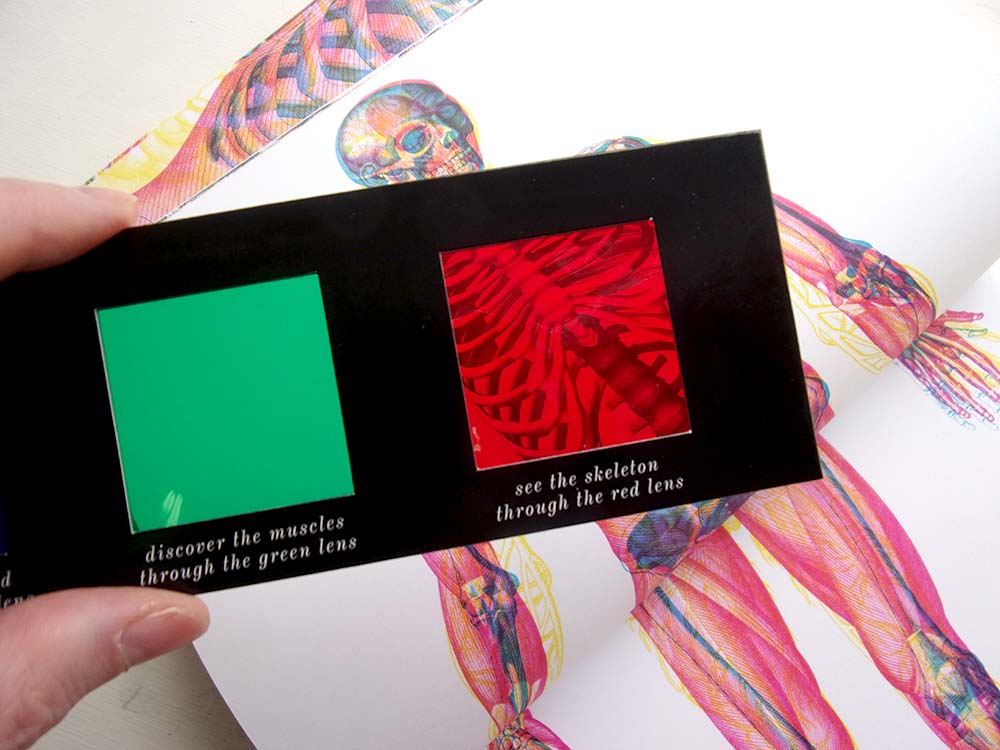 I claimed the review on the basis that my 5 year old son is learning about the body and it’ll be educational for him to see skeletons, organs and muscle broken down layer by layer. (I have no intention of sharing it with him – it’s too enticing to get his grubby paws on.) 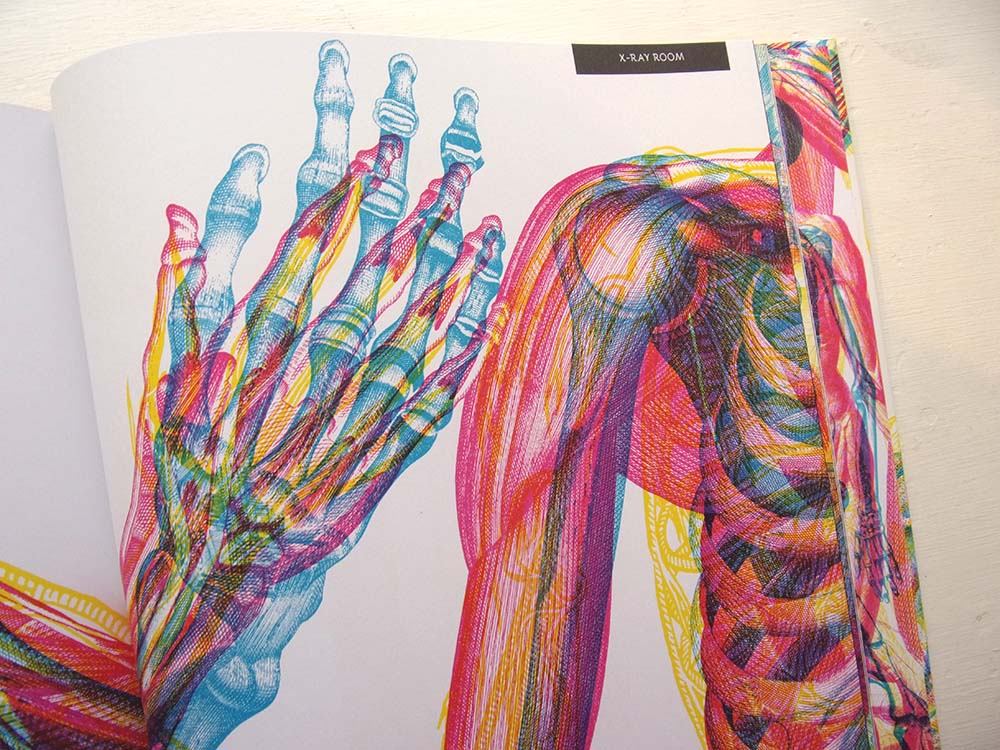 Carnovsky’s 3D illustrations sit lusciously on full pages as a riot of primary colours. Carnovsky is a Milan based art and design duo comprised of Francesco Rugi and Silvia Quintanilla who work extensively in this style in their ‘RGB’ work. Reminiscent of 18th century medieval drawings, they could actually be archival. You can read more about their wider RGB work here. 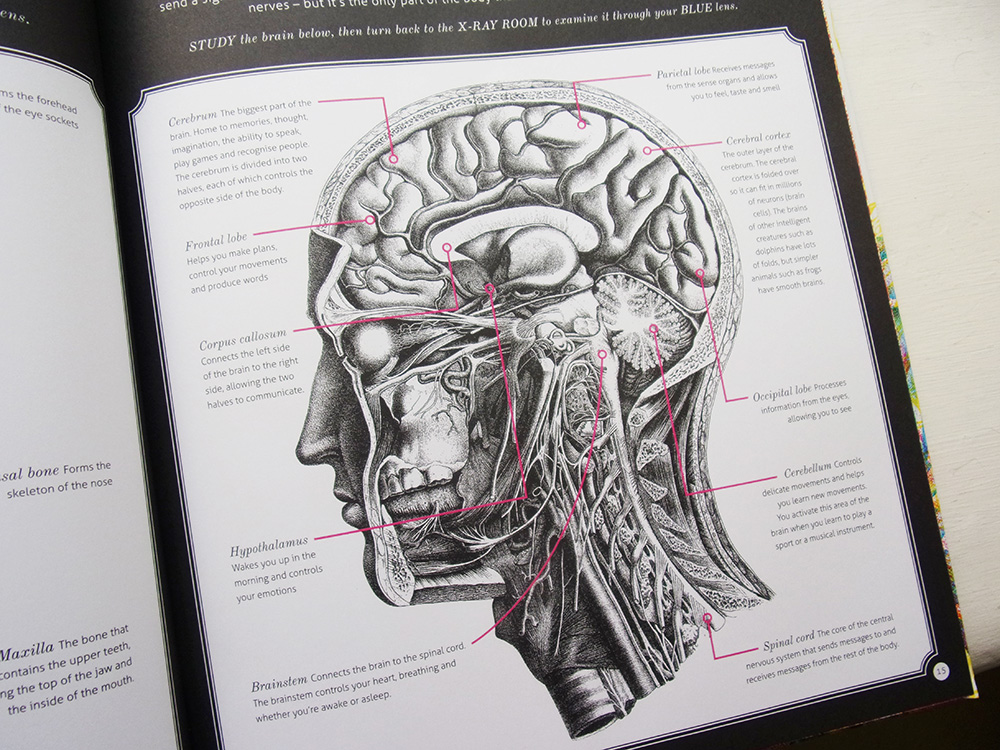 These sit along other black and white medical drawings neatly labelled and annotated by writer Kate Davies (with advice one presumes by the medical consultant Dr Anna Nagy). It’s just the right amount of information, presented in such a way I actually want to read it. I now know that the humerus sits under the bicep whereas the flexor digitorum is adjacent to the radius (I’m up for pub quizzes if anyone wants me on their team). 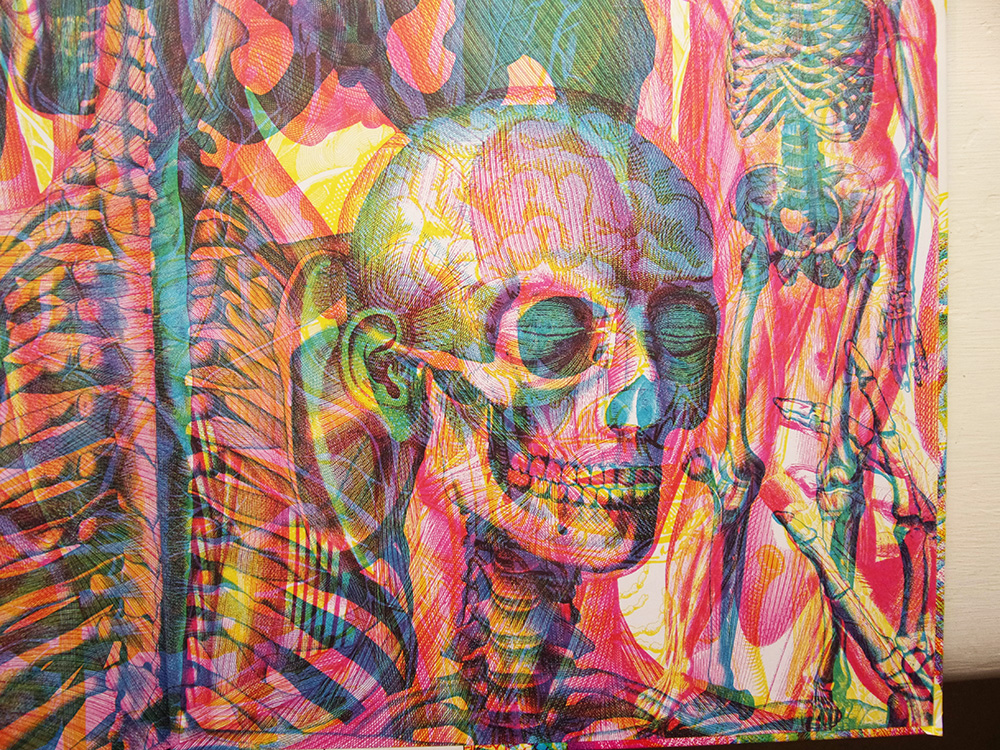 This is the new title in the best selling series for good reason. This is no gimmick. It’s the sort of coffee table book I actually want. Educational, engaging and beautifully drawn.

To learn a bit more I asked Carnovsky some questions about creating Illumanatory:

Your illustrations are incredibly detailed – how long did the book take to do, and as a team how do you share out the work between you?

The book took around 5 months. Well, we don’t have fixed rules, sometimes one of us work on a single illustration from beginning till the end, sometimes we work together on the same artwork.

Did you learn a lot about ‘the body’ working on this book?

Probably one of the most interesting part of our work is to learn new things about specific subjects. We had the chance to research a great amount of anatomical atlases that have been published from XVI Century until XIX Century, and it was amazing to select and compare thousands of images from some of the most incredible books ever published.

Where did you course the inspiration for your anatomical drawings? Is the artwork created digitally?

We always work starting from original old engravings especially from natural history books. We use these beautiful images as raw material in order to digitally create our artworks, that in fact may be defined as digital collages