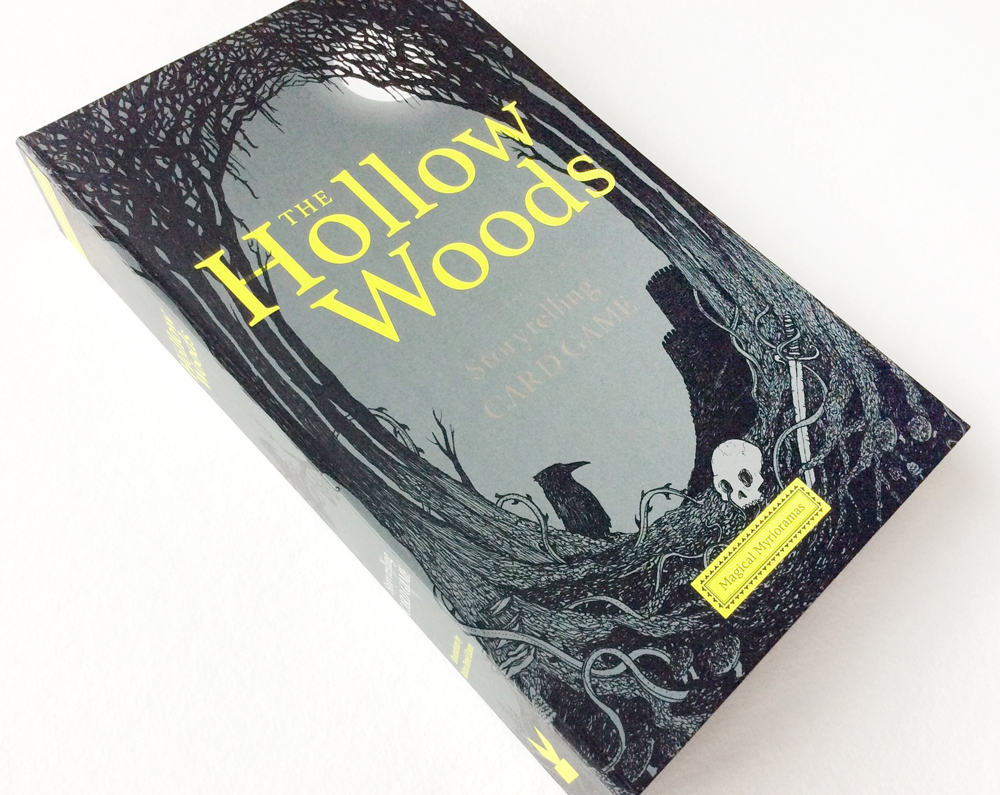 Pull down the blinds, clear the table and light the candles. Actually, switch on the lights too, because you will want to see and fully appreciate all the detail in these beautiful, intricate ink drawings. Brought to you by Laurence King Publishing, from the instantly recognisable hand of Rohan Daniel Eason. 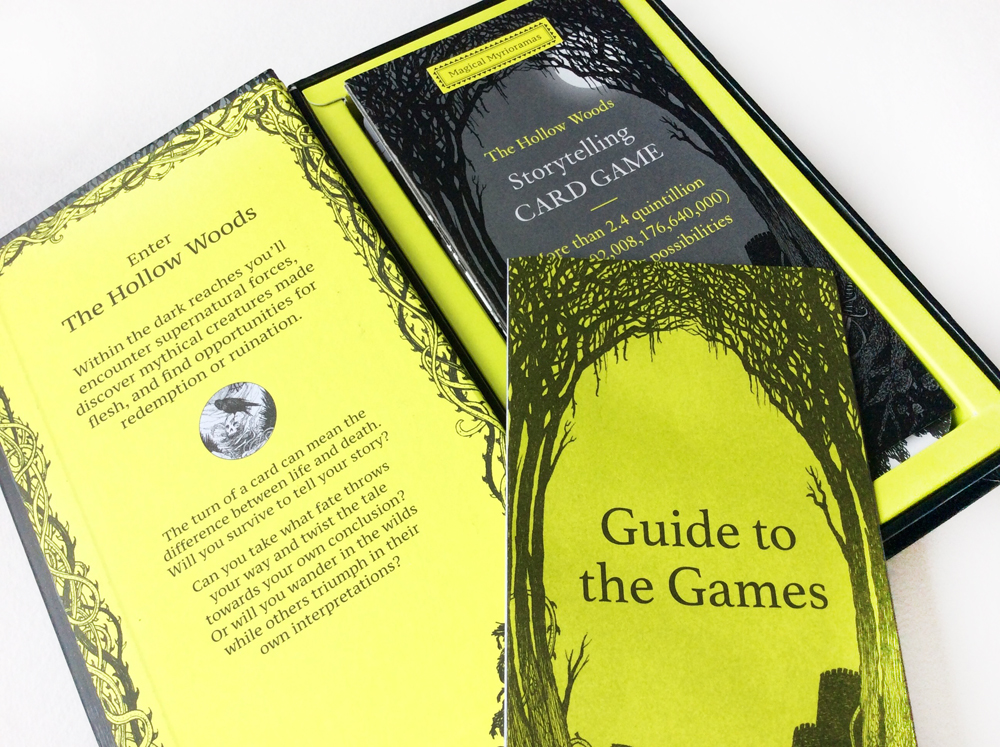 The 20 cards in a smart box (with the satisfying ‘thdink’ of its magnetic closure) fit together in a seemingly infinite number of combinations. I haven’t done the sums to check, but the notes tell me there are actually 2,432,902,008,176,640,000 storyscaping possibilities!

Each card has a Tarot-esque name, like, ‘Grim Reaper’, ‘Rider-less steed’ and ‘Woodland wraith’ and there are a number of different ways to play. Any number of players can take turns to reveal one of the shuffled cards, laying them down in turn to build a story. It’s a real spark to ignite the flames of your imagination. 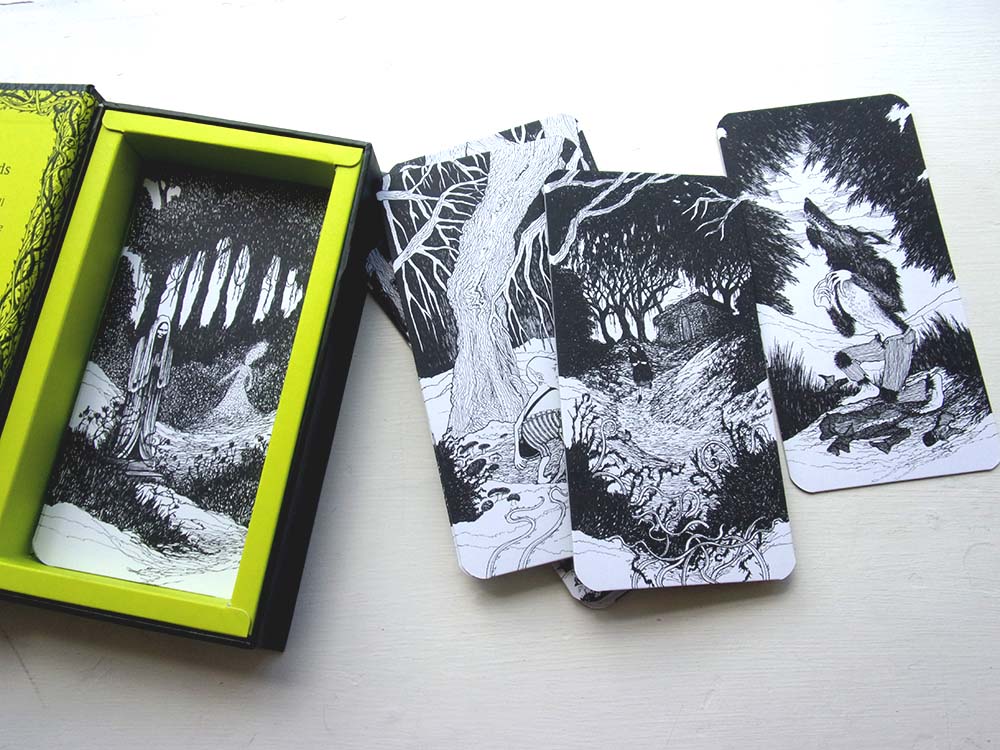 There are games suggested for 2-4 players where you’re dealt 5 cards each and fate dictates the cues for your story. Another variation where the first two cards you reveal, provide the start and end points for your story. Yet another idea assigns certain actions for specific cards – like the ‘Ogre’ card – which you can play at any time to quash the current story thread and take it off in a new direction. Ultimately, you can follow the ideas for the games or make up your own. The possibilities are endless. Spooky stories, comedy twists and unexpected turns. It’s all in the hands of the player. 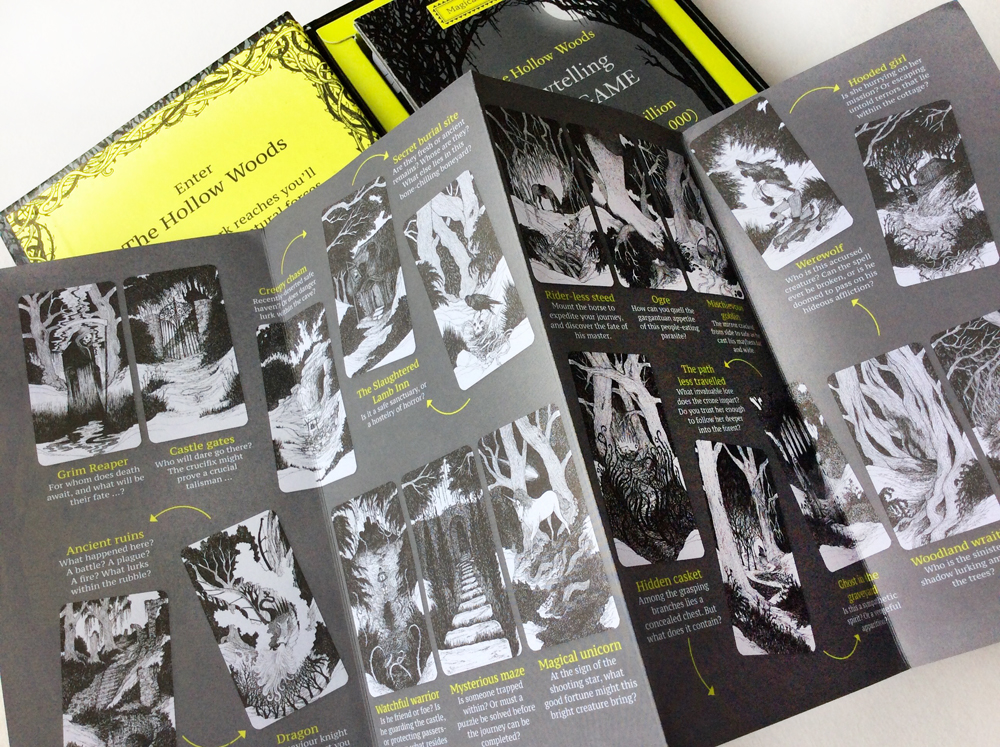 The basic idea of building different, seamless scenes using a set of illustrated cards can be traced back to the popularity of the Myriorama, meaning myriad pictures, in the 19th century. This form of entertainment was the cousin of the also popular panorama (a wide view of a scene), cosmorama (realism heightened through the use of illumination and lenses) and diorama (a three-dimensional scene). Myrioramas tapped right into the Victorian’s fascination with visual tricks and novelties and holds plenty of the same appeal today.

Illustrator Rohan Daniel Eason shared a bit about the background to this project with me and tells us about the process of creating the illustrations:

“The Hollow Woods was to be the setting for a story game into the magical world of fairytale and myth, using some well known fable characters and some more suggestive and ambiguous elements. 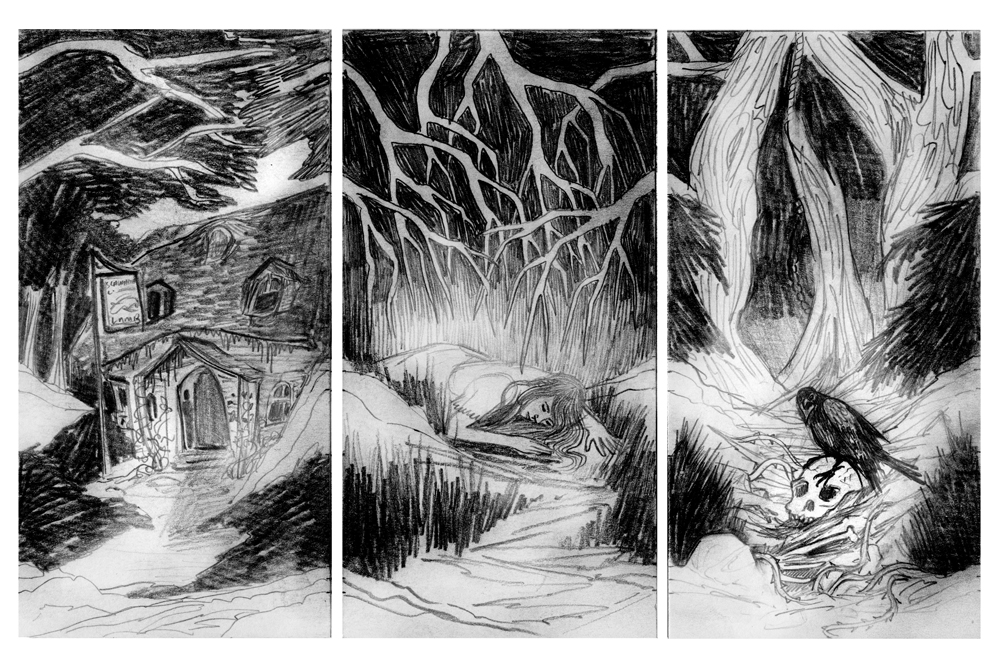 The key was to create cards which gave rise to a story, without putting down in stone what that story was. The player glimpses an old Crone, or a house in the forest, but why or where or when is left up to the player. I think this was the trickiest element to achieve, but also the most fun, because as an illustrator, it is very much my job to have a symbiotic link with the story I’m illustrating, where as with this I had to have an imaginary link with the player, and draw an open ended question. 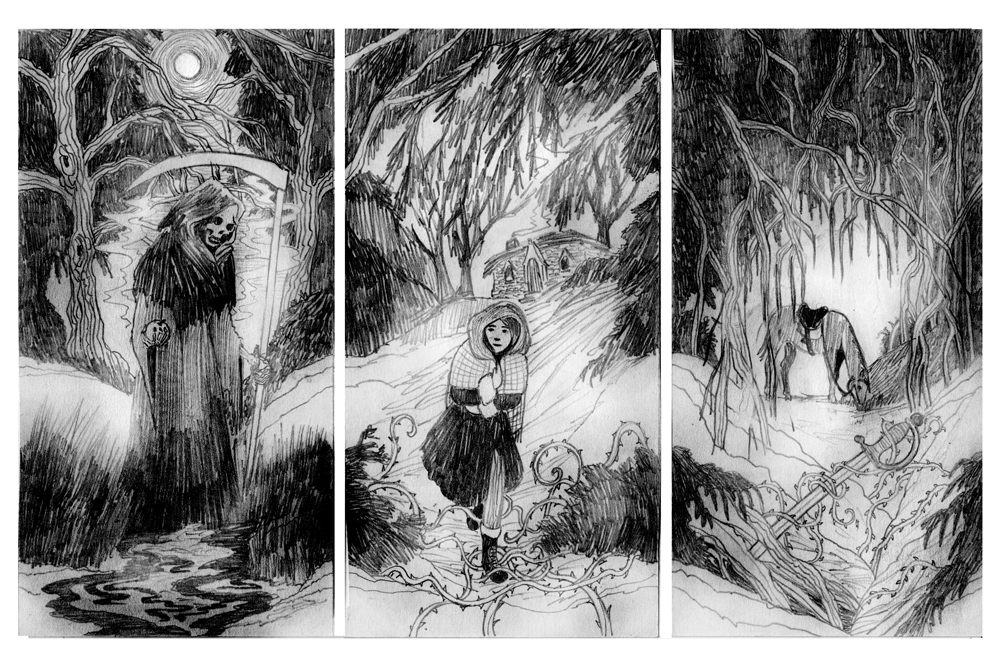 Of course the first question is, ‘how hard is it to get the cards to match in any order’, and in all honesty this is the simplest element of the project. I decided the best way to achieve a connection that could be consistently followed was to use a foreground matching point, a mid ground and a distant point, which would allow the greatest depth to the cards. Because they are individually quite small illustrations, it was important that I got a lot of content into a small space, and using depth of distance was the best way to do this. I was probably very lucky in the setting chosen for this first new Myriorama, being in the woods, I was able to use the trees and foliage to link between cards creating a seamless connection from one to the next. 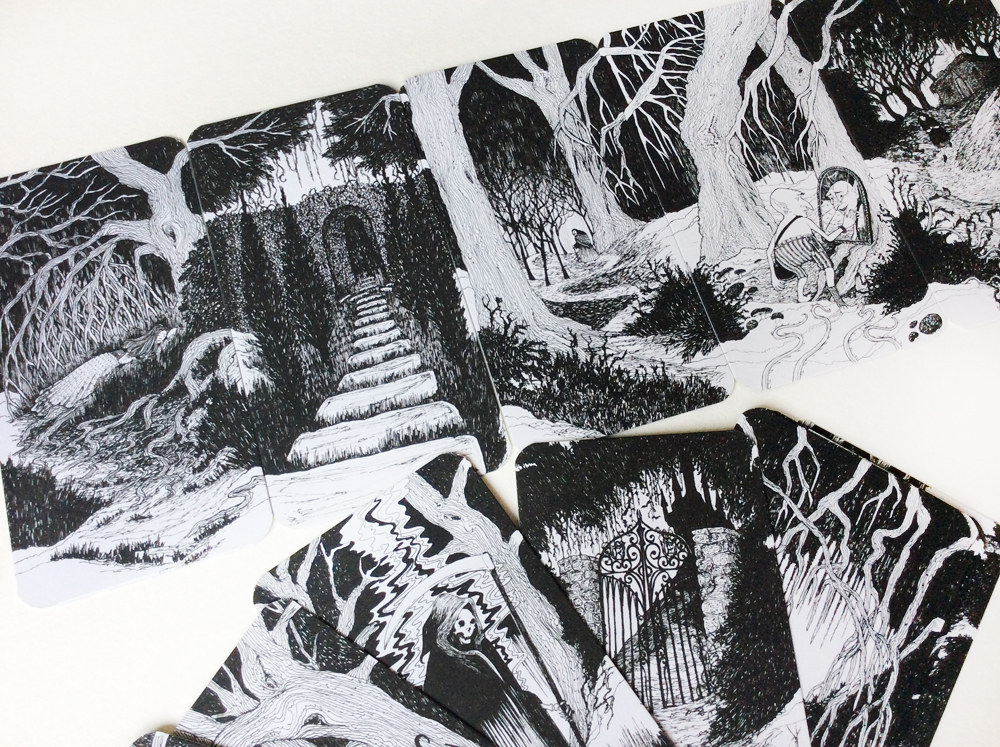 I hope the game is used to spark the imagination of the players and listeners, how do you reconcile a werewolf being flattened by the foot of a giant after a night out in a haunted pub? So many questions, so many stories…..”

In the spring of 2018, apply salve to your bramble scratches from The Hollow Woods and get ready for creaking boards as you explore The Mystery Mansion…the next Magical Myriorama game in this series.