varoom showcases some of the most striking image-making from the crop of 2017 art school graduates, guided by the AOI’s global network of professional bodies and educational institutions. The images on the following pages are a sample of outstanding work from Kristiana to Cambridge to South Korea – from children’s stories to social observation to fashion and politics, there are new rhythms emerging. Follow these young image-makers as they take the pulse of changing times 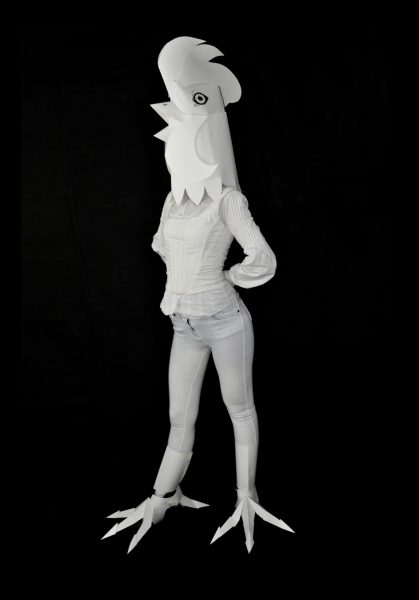 This illustration is based on a character from a Russian fairy tale, The Tale of the Golden Cockerel by A. S. Pushkin. I designed the look of the character as if it is to be worn as a theatre costume. The Cockerel, in my interpretation, is a powerful, heroic and loud character. I tried to convey that through the posture and colour.

“Illustration to me is a way to express my ideas and emotions. Sometimes it is the easiest or even the only way for me to do it. Also, it is the only thing I enjoy doing so much. Time flies by unnoticed when I hold a pencil, or scissors and tape in this case.” 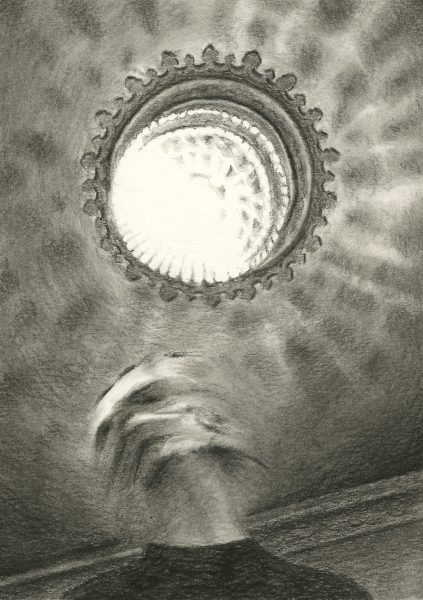 This is a self-portrait, and the idea behind it is being attracted to the wrong thing at the wrong time. Drugs, alcohol, or whatever one might use to not deal with reality, might seem very attractive, like a pretty chandelier, but eventually it can burn you out. The chandelier is like a sun, and I’m a moth to its flames.

“Illustration to me is taking an idea, like a text, a song or a mood, and turning it into something visually stunning and beautiful.” 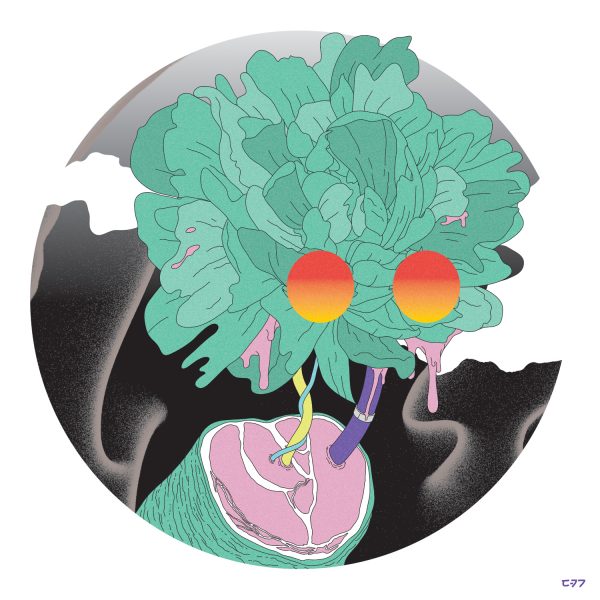 Loneliness and anxiety are not the result of negative cognition that should be resolved. I mainly portray the images of modern people facing the absurd situation of life and look at the solitude and anguish that occurs in the process of accepting absurdity as a positive outlook.

“Illustration is he best way to express the way I look at the world and share it with the public.” 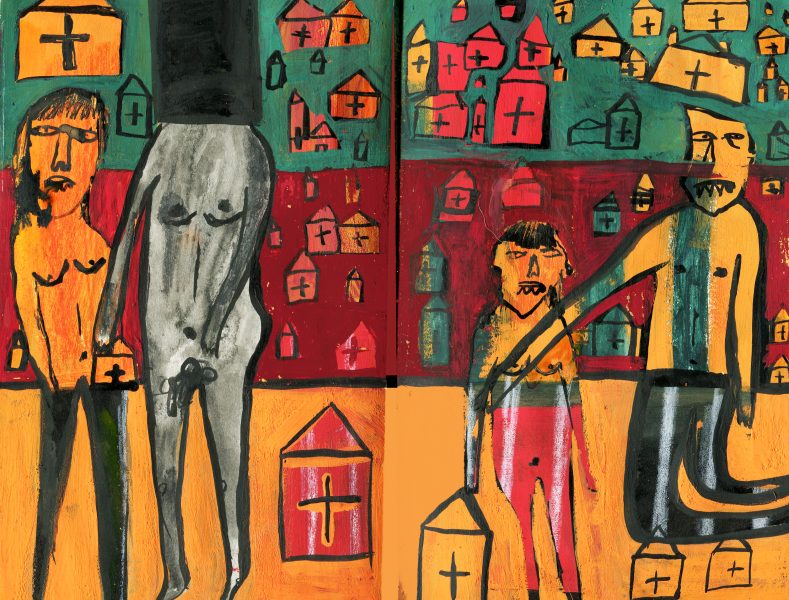 My illustration consists of storytelling, creating vibrant and powerful imagery normally focusing around melancholy and factual stories from our history.

The project ‘Incognito Priests’ is based on the killing of Catholics under the reign of Queen Elizabeth I. Throughout this time priests would secretly hide in Catholic houses, practising their forbidden religion, some in spaces referred to as ‘Priest Holes’. I started exploring and playing with the idea of hiding. Combining humour I started adding teapots to the Priests’ heads, enjoying the lighter take on the dark topic.

“Illustration is everything to me – it gives my eccentric imagination a purpose and allows me to freely play with the sub-conscious and conscious of my mind.”

Read the article in full by purchasing a copy here.