A Tale from Thailand 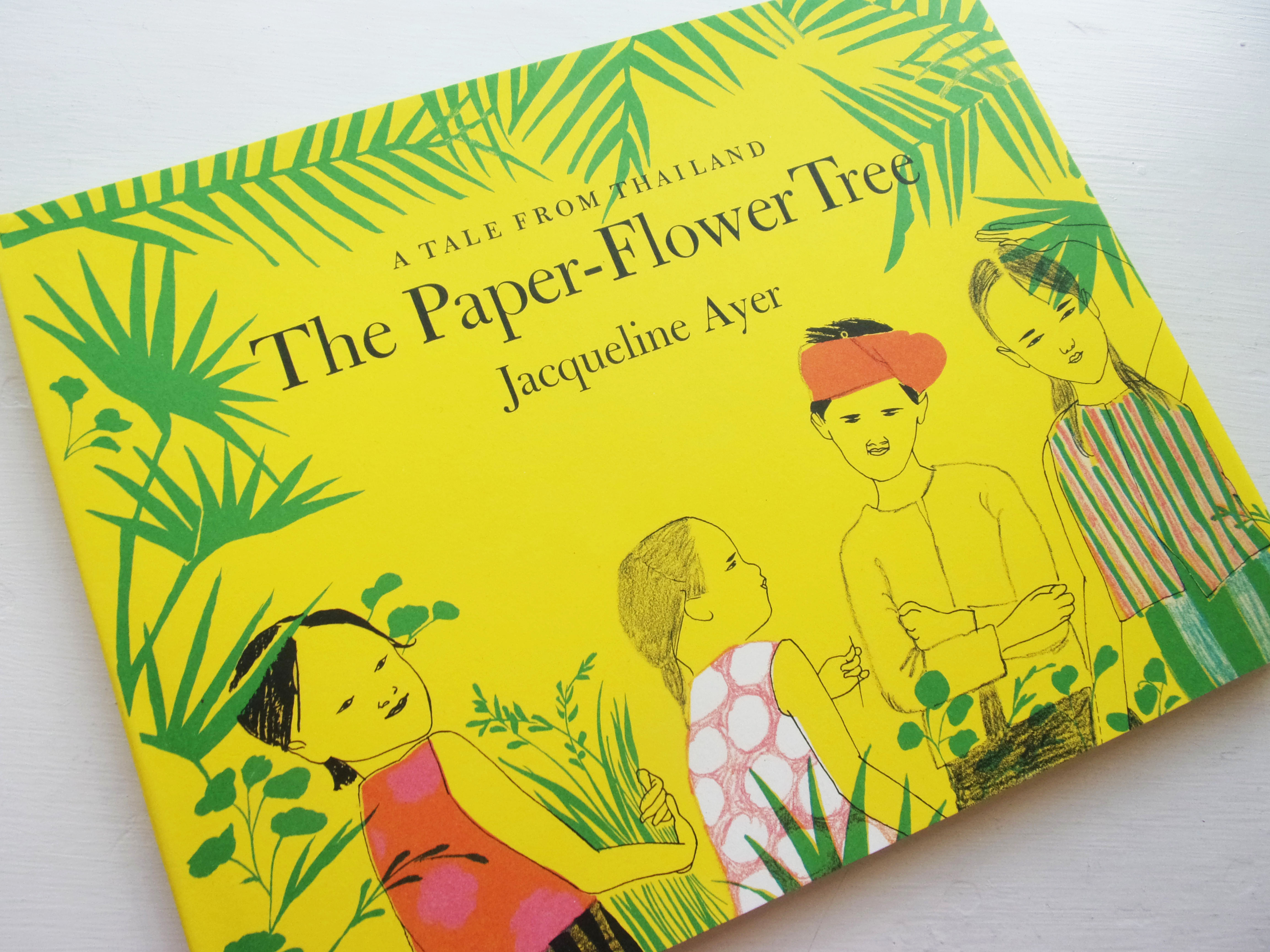 The rich yellow cover of The Paper-Flower Tree with its depictions of Thai children and palm fronds leads us into a story which is a refreshing change from many children’s books.

Unusually direct gazes at the reader from the characters on the opening spread introduce the story of Miss Moon, a girl from a countryside village whose inhabitants are depicted across the following pages making their living in the surrounding rice fields. 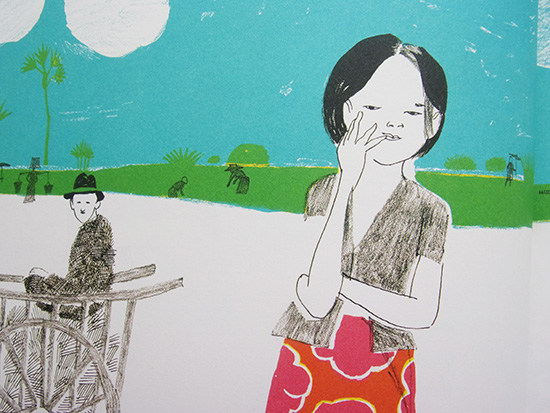 From the start, the pencil and pen line drawings are strikingly contemporary, and with the addition of flat colour layers, the images appeal to the modern eye with texture and detail that dispel any sense of nostalgia to a book first published in 1959. 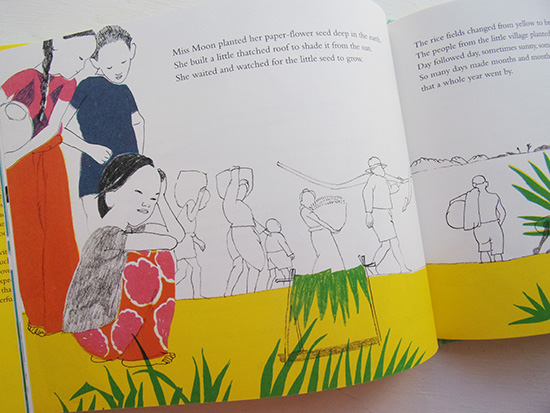 One day Miss Moon, baby brother slung on hip, meets an old man on the road with an amazing paper flower tree structure carried over his shoulder. She’s very taken with his beautiful construction and wishes for her own. The man tells her that some of the flowers have a black bead ‘seed’ in them and that sometimes, if planted, the ‘seed’ grows in to a full paper flower tree. With that he presents her with the smallest flower as a gift.

Trusting this tale, Miss Moon carefully buries the paper flower’s bead and waits for it to grow, ignoring the disbelieving comments from those around her. 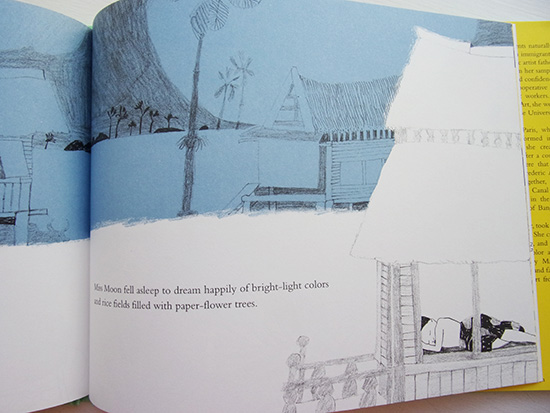 A year later, with no sign of the tree (yet), a ramshackle theatre arrives in the village with the same old man as part of the troupe. On hearing that her tree hasn’t grown, the old man reiterates “I only said it might grow’. But after a night of dancing from clowns and dancers depicted in traditional Thai clothing, Miss Moon awakes to a delightful surprise in the morning…

Author and illustrator Jacqueline Ayer, who was a Jamaican-American born in New York in the 1930’s, moved to Thailand in the 1950’s, and her gentle story encouraging one to trust in what you personally believe in feels authentically placed. Although there is a simplicity to the artwork, the sense of place is well conveyed through the placing of architectural details and clothing the characters are depicted wearing. 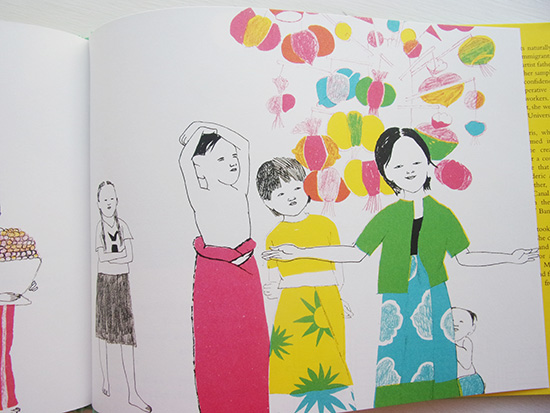 Ayer’s work has been rediscovered by the House of Illustration who are showing an important exhibition of her artwork on until 1 October 2017. The show features artwork from The Paper-Flower Tree and Nu Dang and his Kite, also re-issued in time for the exhibition.