Alasdair Gray’s self-illustrated, tour de force novels, plays, poetry and short story collections now number more than 50 titles and have been translated into 17 languages, including Polish, Serbo-Croatian and Turkish. He spent 30 years writing his debut novel, Lanark, first published in 1981. Set in his home city of Glasgow, the book combines realism and dystopian surrealism to extraordinary effect. Now a cult classic, it was described by the Guardian in 2008 as a ‘landmark of 20th-century fiction.’ 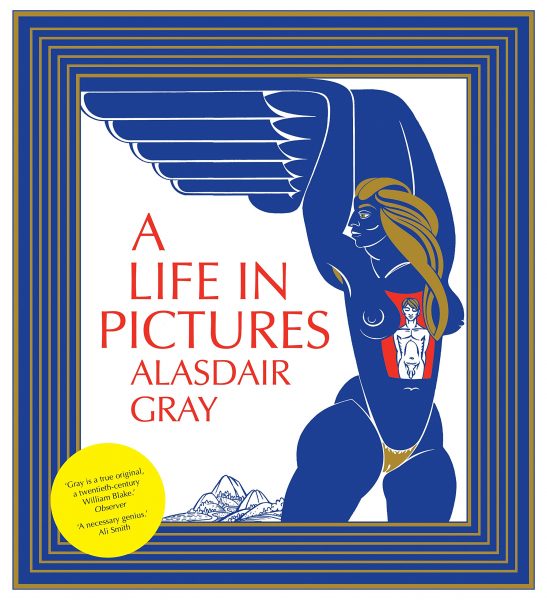 Alasdair’s virtuoso paintings, drawings and prints have been acquired over the years by various public collections, including the Victoria and Albert Museum, the Kelvingrove Gallery, the Glasgow Museum of Modern Art, the Scottish National Gallery of Modern Art, and the National Library of Scotland.