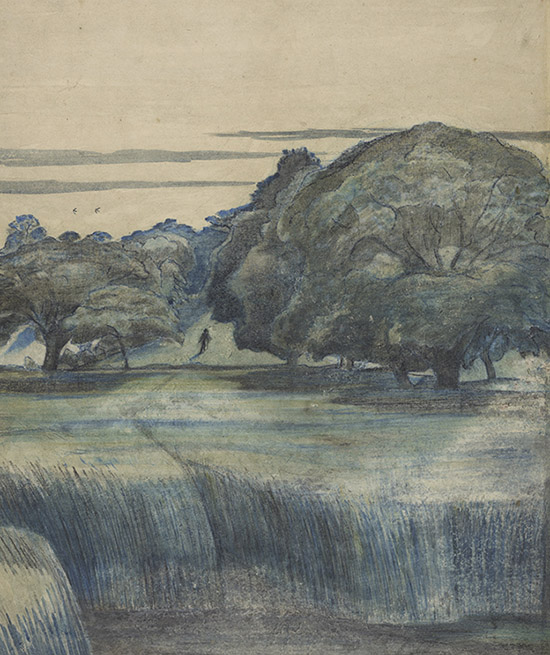 Places of the Mind: British watercolour landscapes 1850–1950 will display a selection of stunning works from the rich collection of the British Museum’s Department of Prints and Drawings to examine the ways artists interpreted landscape on paper during the Victorian and early Modern period. It is the first exhibition to focus on landscape drawing during this era and challenges the perception that the ‘Great Age of British Watercolours’ ended with the death of Turner in 1851.

Over half of the 125 works on display have never been published or exhibited before. They range from highly coloured, detailed Pre-Raphaelite attempts by George Price Boyce and Alfred William Hunt to follow John Ruskin’s precepts to ‘go to nature’, to sweeping wash sketches painted on the spot by James McNeill Whistler and Philip Wilson Steer, to the abstractions from reality of artists like Graham Sutherland and Henry Moore who followed a different aesthetic.