The Gallery will show original drawings by Quentin Blake from four recent limited editions published by The Folio Society. Admission is free. 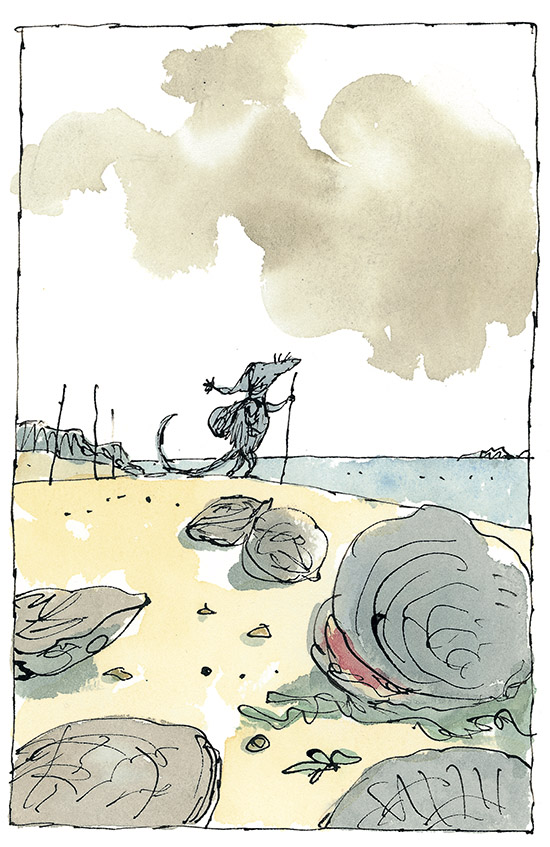 The Rat and the Oyster from Fifty Fables of La Fontaine. (c) Quentin Blake, 2013

Quentin Blake (b. 1932) read English at Downing College between 1953 and 1956. His drawings first appeared in Punch when he was sixteen and he illustrated two editions of the student magazine Granta while at Cambridge University. In 1960, he illustrated A Drink of Water by John Yeoman, thereby starting a career in children’s book illustration for which he is best known, having illustrated beloved titles by Roald Dahl, Michael Rosen, Michael Morpurgo and others.

Despite his special affinity for children’s books – he was the inaugural Children’s Laureate from 1999-2001 – Quentin Blake has illustrated over 300 books for children and adults and created works of public art, most notably in healthcare settings in the UK and France. His association with The Folio Society began with the centenary edition of The Hunting of the Snark (1976) and the illustrations on display are from his four most recent collaborations; Candide (2011), Fifty Fables of La Fontaine (2013), The Golden Ass (2015) and Riddley Walker (2017). From the ribald and piquant to the serious and disturbing, these four titles showcase just a few of the genres and themes in Quentin’s formidable oeuvre.