Written and Illustrated by Julie Birmant and Clement Oubrerie 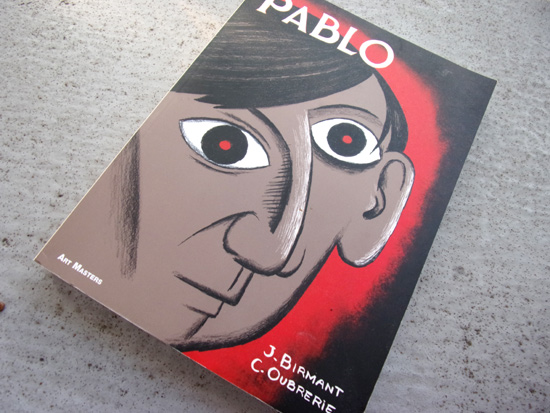 Although titled Pablo, this richly evocative graphic novel is as much about its narrator, model, muse and artist Fernande Olivier, as it is about the man who changed art forever. She is a modern woman of the era, avoiding conventional expectations (and her telling of the story doesn’t shy away from the painter’s attitude to women). 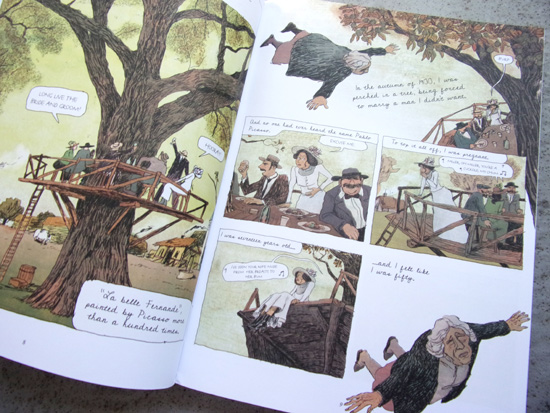 The book begins in the present and then jumps back, interweaving the stories of Fernande and Pablo, from when she is compelled to marry a controlling man at aged 17 and the teenage Picasso arrives in Paris during the Expoisition Universelle in 1900. Once she escapes and they meet, a passionate on-off relationship develops which lasts through Pablo’s growth as an artist and the changes which came during their time together, including the rise of  rivalry between the painters of the era. This element is well woven into the story, surfacing in spiteful appraisals of each other’s work when the artists in Paris come together for soirees, although Pablo’s jealousy also rises up in his attempted control of Fernande, who leaves him on several occasions. 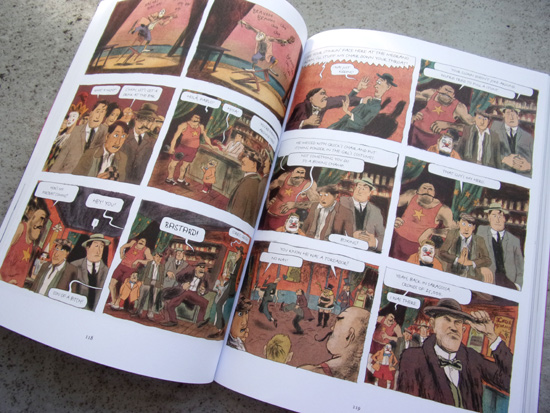 The drawings create a tangible sense of place, and are darkly atmospheric when required, switching viewpoints in a cinematic fashion. Muted colouring by Sandra Desmazieres conveys a sense of the period, complimenting the line and charcoal textures of the energetic detailed drawing and humourful characterisation. 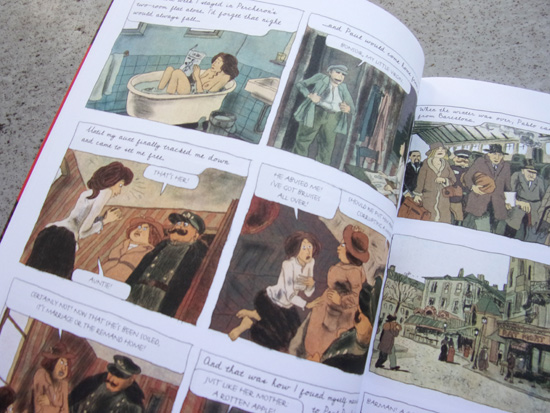 The relationships which drove Picasso (female companions, dealers, other artists) are given a solid sense of background by Birmant and Oubrerie, and open out the reader’s understanding of this fertile period in the artist’s life. Many of the episodes are often amusingly detailed, as when Pablo’s artistic exuberance on a trip to Spain is entertainingly conveyed through Fernande’s slightly cynical response to his new enthusiasm.

Entertaining and informative, I gained a good idea of how life was lived for these bohemian creators breaking new ground in painting in Europe’s most creative city of the early Twentieth Century.