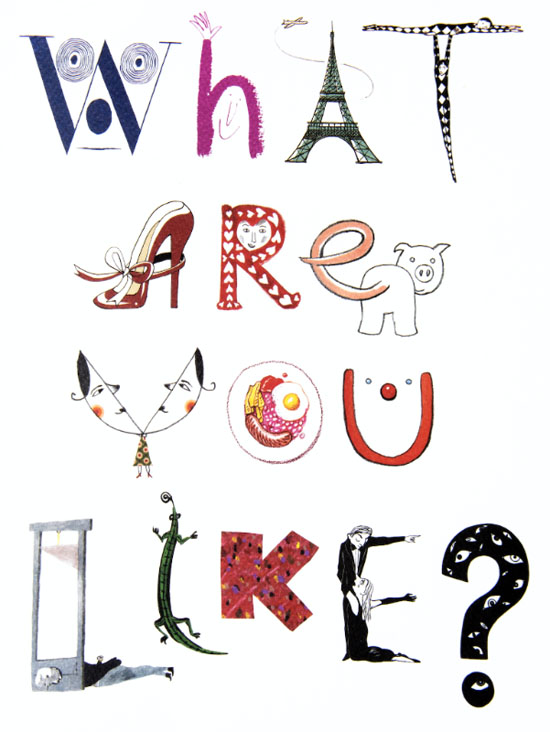 This exhibition offers a opportunity to purchase original works that were produced in 2008 by an extraordinary roll call of artist-illustrators, painters, designers and public figures for whom drawing is important. Each work is autobiographical, based on the Victorian parlour game in which players were asked to describe themselves through a series of drawings of their favourite things.

The original exhibition toured to ten different museums and galleries around the UK, finally coming to an end in 2014, by which time it had been seen by almost half a million people. The exhibition anticipated the opening of House of Illustration in Granary Square in July 2014, and the contributors have very generously agreed for their work to be sold to enable the organisation to continue to pursue its enterprising exhibition programme, to extend its illustration-led learning work and to promote new illustration talent.