The extraordinary appeal of adult colouring in books has been a growing phenomena. Below are some short extracts from our article by Vicky Stylianides, who interviewed Millie Marotta, Dr Stan Rodski and James Gulliver Hancock on their contributions to the genre. Go to the Varoom site for the full article. 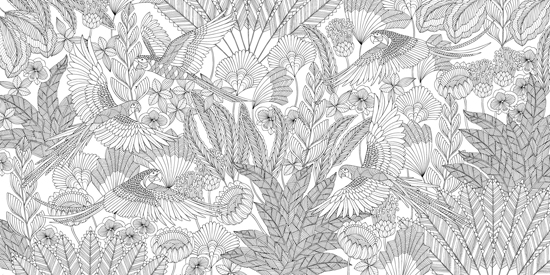 Mille Marotta published Animal Kingdom, one of the most successful chart topping colouring books, in 2014, and two more titles have followed –Tropical Wonderland and Wild Savannah.

When did you realise colouring books were going to be a phenomenon, and what do you think is the appeal?

At the time of working on my first book Animal Kingdom colouring books really weren’t the phenomenon that they have become and I had no idea at that point that they would grow to be so popular. The idea of offering beautiful and sophisticated illustrations for people to colour just kind of made sense to me… as children most of us will have enjoyed colouring as a fun activity and a way to be creative, why should that stop simply because we have grown a little older? 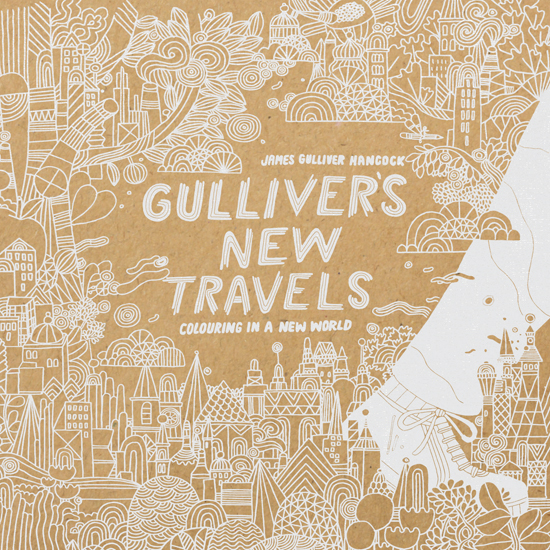 I can’t wait! Sometimes when I’m really busy with commissions, I get help with the colouring stage, so I’m used to having people colour in my work. I do however usually set the palette and do an example spread so this free reign will be thrilling. I’m sure I’ll find some of the colour combinations not within my palette and feel strange, but that’s part of the journey! 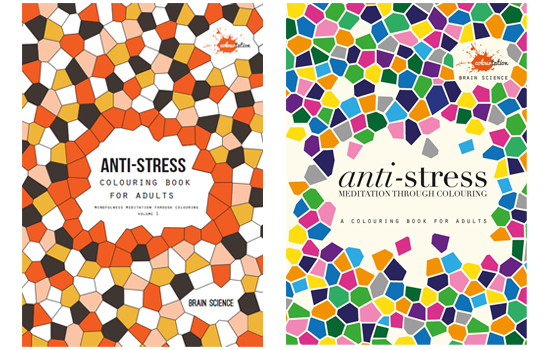 Although many books promote mindfulness, they cannot guarantee it. It’s a spiritual state of being, but is there a science behind it? Dr. Stan Rodski and illustrator Jack Dowling, the creators of The Colouration Method, and The Anti-stress Colouring Book for Adults series, believe there is.

Are the acts of colouring in and the aesthetics of the final outcome equally important, and why do you think The Colouration Method is so successful?

The process of colouring is the important point here. In mindfulness it is about focus. Colouring in our patterns enable the brain to move quickly into a relaxed alpha wave. The colouration method, or focused colouring, can in as little as five minutes bring a congested brain into a relaxed state. The effect physiologically is to reduce cortisol and increase dopamine – create a relaxation effect.

If you just want to have fun and colour certain pictures like gardens, portraits, landscapes or tattoo’s then go ahead. But if you seriously want to relax and achieve a meditative state in the brain using up only a small amount of your precious time then using the colouration method is required.

AOI reviewed one of the early colouring in books, Johanna Basford’s Secret Garden, back in 2013.