Linda Kitson’s new show is composed entirely of a new series of digital prints created on the iPad. 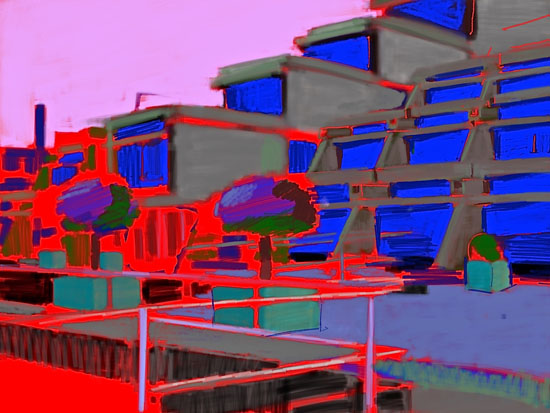 Subsequent ventures, such as those to Canada and to Thailand, produced suites of drawings that still had an aspect of reportage. Kitson also had successful exhibitions of landscape drawings, generally produced as she describes it, by “clinging to the side of a mountain” in France and Italy.

She has also illustrated for the Folio Society, works by Camus and St. Exupéry.