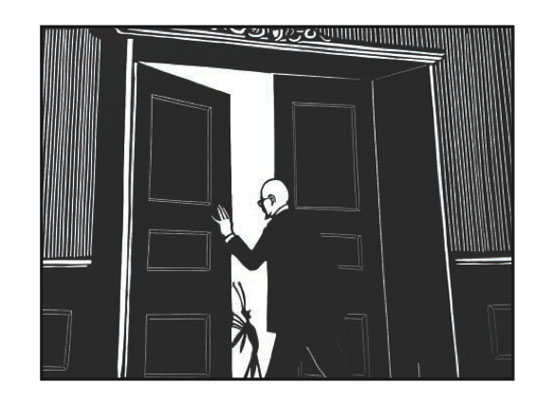 Pipistrello is a series of black & white lino-cut prints by Andrzej Klimowski.

Alongside a mysterious film that got lost through the years, Klimowski’s atmospheric and theatrical writing as well as his dark, ambiguous images revive a forgotten era of allure and eroticism.