We have uncovered an interview which took place at Push Pin Studios during September 1979, Wendy Coates-Smith interviewed Seymour Chwast, founder of Push Pin Studios in 1954, together with Milton Glaser, Edward Sorel and Reynold Ruffins. ‘Push Pin Studios have always produced lively inventive work, but there remains in Chwast’s work a thread of wit which shows itself on many levels in one form or another’

An outstanding characteristic of Seymour Chwast’s work is his use of humour, the article presents a variety of works, a sleeve for a Stephan Grapelli record Uptown Dance, Illustrations for Push Pin Graphic, and Exhibition posters. 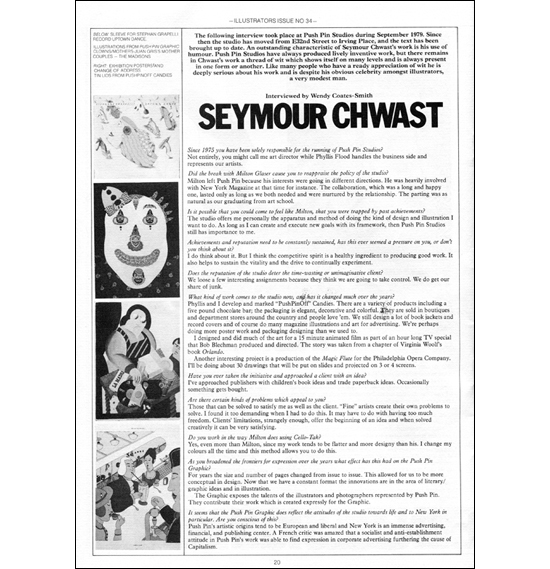 Here are some extracts from the interview:

Did the break with Milton Glaser cause you to reappraise the policy of the studio?

Seymour: “Milton left Push Pin because his interests were going in different directions. He was heavily involved with New York Magazine at that time for instance. The Collaboration, which was a long and happy one, lasted only as long as we both needed and were nurtured by the relationship. The parting was as natural as our graduating from art school.” 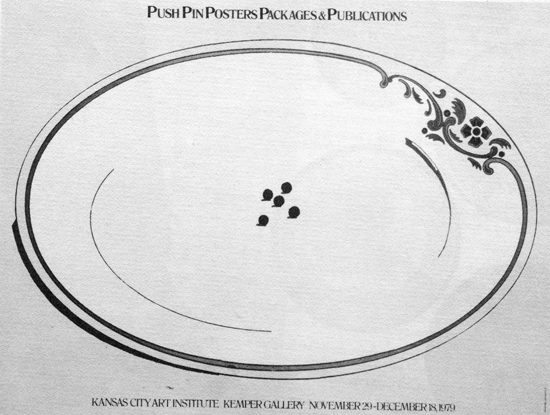 Are there certain kinds of problems which appeal to you?

Seymour: “Those that can be solved to satisfy me as well as the client. “Fine” artists create their own problems to solve. I found it too demanding when I had to do this. It may have to do with having too much freedom. Clients’ limitations, strangely enough, offer the beginning of an idea and when solved creatively it can be very satisfying” 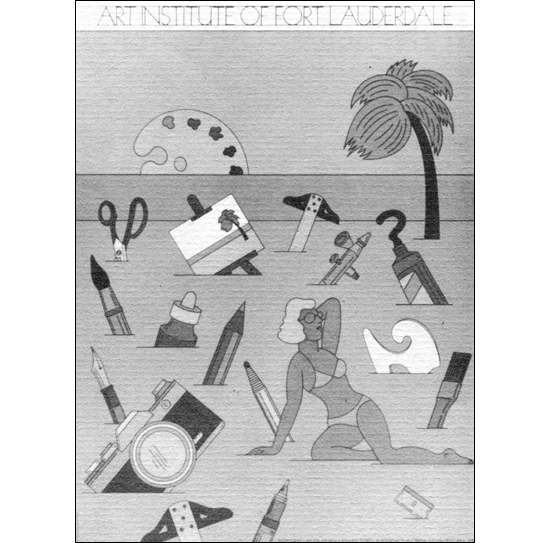 A characteristic of your work is the use of humour, that your basic nature?

Seymour: “I liked dead pan humour, visual irony, incongruity, surrealism, and bite; I also like silliness. But I tend to stick to formal design principles. I don’t like “cartoons” because I’m not interested in telling a story in a situation. I don’t even call myself an illustrator. I’m a designer because the visual impression I try to create comes from an intuitive understanding of scale, tension, contrast – you know, all those things you learn in art school. When applied to humour these principles will govern the size of the man’s nose or how fat he is” 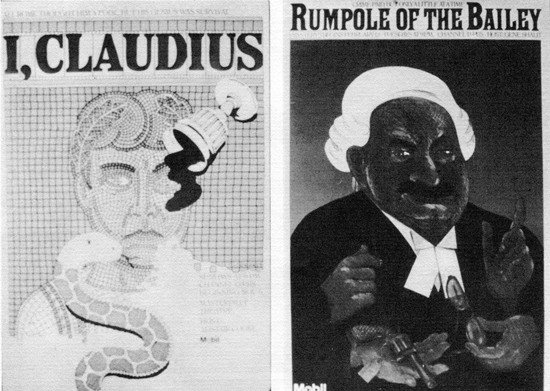 What advice would you give to a young illustrator starting now?