Available from Herman Inculusus £9.99 Edition of 500 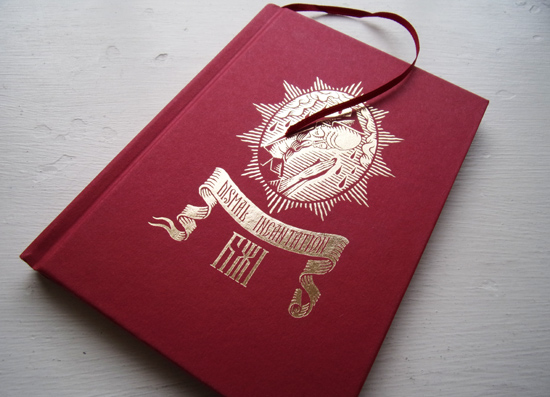 With inspiration from Medieval illuminated manuscripts, Herman Inclusus (the artist name of Stuart Kolakovic) takes the richly detailed imagery generated for religious works of art and uses it to display the darker side of obsessive belief.

This tale of the last monk of a religious sect follows the haggard believer though a quest to collect ingredients for a spell which will resurrect the sect’s original leader. The search for the deliberately repulsive requirements for the spell, including the front teeth of a recently executed convict and the blood of seven crows, climax with the attaining of an ‘untainted virgin maid’ and her horrifying demise. 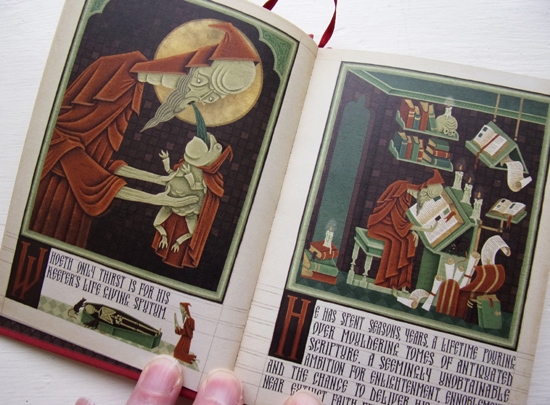 This compact publication is the antidote to festive trappings, with the gruesome story at odds with the beautifully composed pages. And although you won’t feel like singing carols after following this evil monk’s journey, you may celebrate the fact that illustrators such as Kolakovic are out there forging their own path and producing work which pushes at good taste so vigorously. As the Inclusus tagline says, ‘48 full-colour pages of Pestilence, Putridity and Perversions’. 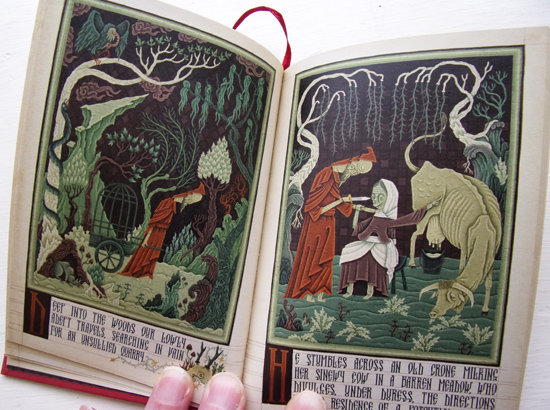