As we look further into our archive of the AOI membership publications, we discover issue 30 from 1980’s Illustrators Magazine. The Violence issue discussed social and political themes within illustrations. The cover image was created by our patron Ralph Steadman. 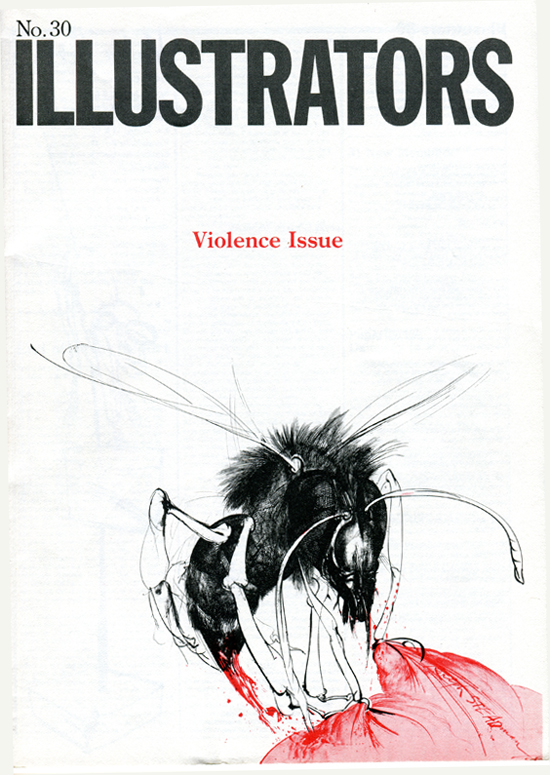 In 1980 we talked with Russell Mills about his exhibition Fine Lines where he discussed his mixed media interpretations of the lyrics and music of Brian Eno. Now 35 years later Rick Poynor examines Mill’s work as being the benchmark in the history of illustration in Varoom Issue 30 – The Play Issue. 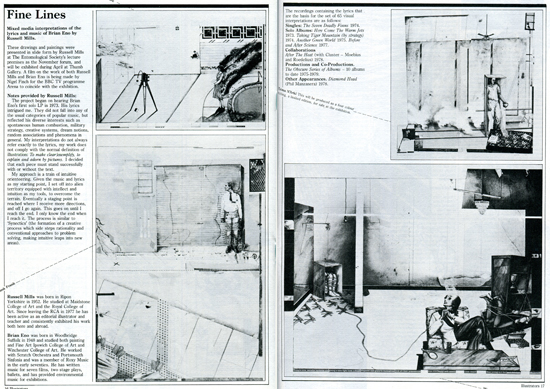 The exhibition was in April 1980 at Thumb Gallery and was going to coincide with a film being made by Nigel Finch for the BBC TV programme Arena. Mills created 65 visual interpretations based on a variety of different Brian Eno songs and albums such as The Seven Deadly Finns 1974, Before and After Science 1977 and The Obscure Series of Albums – 10 albums from 1975-1979. 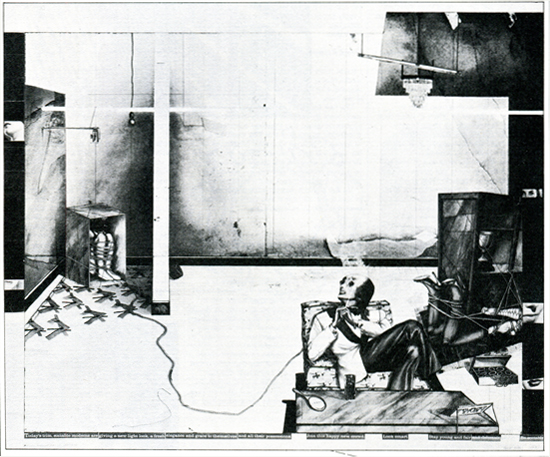 Mills ‘who claims to use his own blood’ in his work described his approach as ‘a train of intuitive orienteering. Given the music and lyrics as my starting point, I set off into alien territory equipped with intellect and intuition as my tools, to overcome the terrain.’