Artist and title: Eleanor Taylor for The Royal Observatory, Greenwich 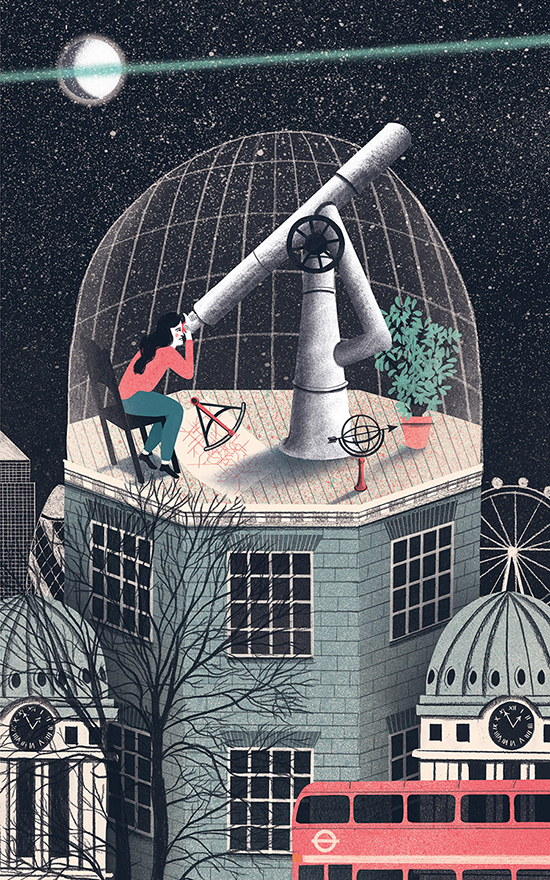 Story: The Meridian laser marking the route of Greenwich Meridian beams out over the London skyline from the Royal Observatory

Artist’s background: Eleanor Taylor works as an illustrator from her home in Brighton, East Sussex. She graduated from the Royal College of Art in 2011 and in 2012 was shortlisted for the Jerwood Drawing Prize. Eleanor has worked for many different clients including The New York Times, Guardian, and the Wall Street Journal. She recently illustrated David Almond’s latest book ‘Half a Creature from the Sea’ which was published by Walker Books in 2014.  Eleanor is represented by Heart agency.

Judges’ comment: “A wonderful compositional use of curves, circles and lines. It’s unusual to have a night-time image, and one that evokes space so well. Also, one which taught me something about London I didn’t know – the Meridian laser. Captures the competition brief really well, the Observatory being a ‘Place’ to look at ‘Space’.