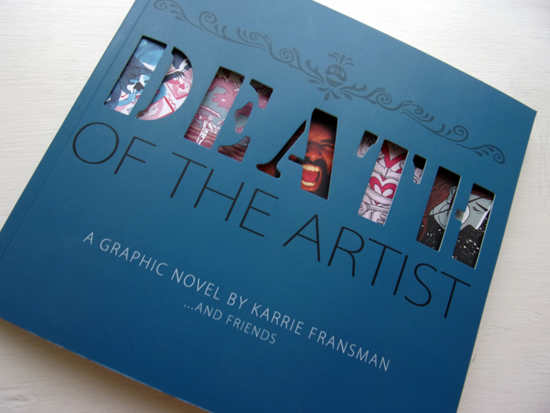 The book opens up with a foreword/epitaph by the author herself: “This is the beginning but also the end”, she warns; and just like that Death of the Artist begins.

It’s a story told by Karrie Fransman about herself and four ‘friends’, who decide to retreat to the English countryside for a week of hedonism and drawing in an attempt to escape their thirties and regain their youth. A different character tells each of the five sections in the graphic novel, ultimately knotting the narrative together into one. 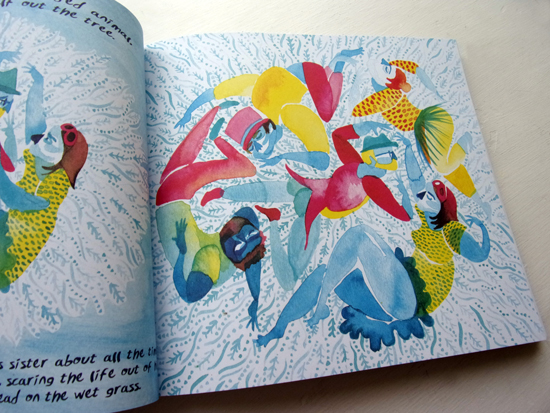 Fransman calls herself a ‘comic fanatic’ (TEDx, 2014) and this is clearly seen in her new book, where she proves that graphic novels can be a playground for uncommon mediums; from vibrant watercolours to photography, from doodles on coffee-stained pages to digital illustrations. From the delicate to the rough, it’s all possible. Fransman successfully uses each drawing style to give a strong voice to the characters, and to help represent the crude and twisted nature of the story. 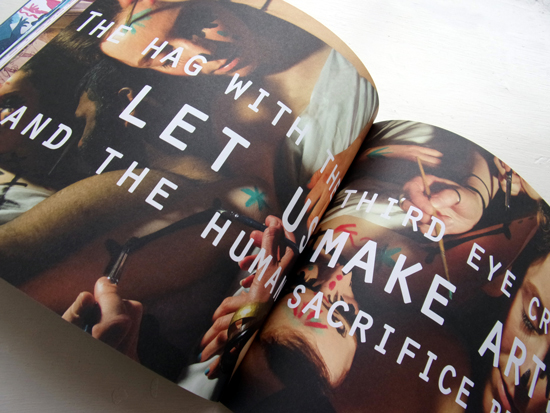 While Death of the Artist may not resonate visually with some readers, its themes will do: the desire to remain young and creative, the companionship of old college friends, the depiction of the ‘artist’ as a destructive being. It’s a fresh and dark tale that leads itself into a more than satisfactory finale (sadly an uncommon feature in many comics). I only feel that the format lets the book down slightly – the rectangular pages fit for a picture book don’t seem entirely right for a comic that very well deserves to be in portrait hardback-. 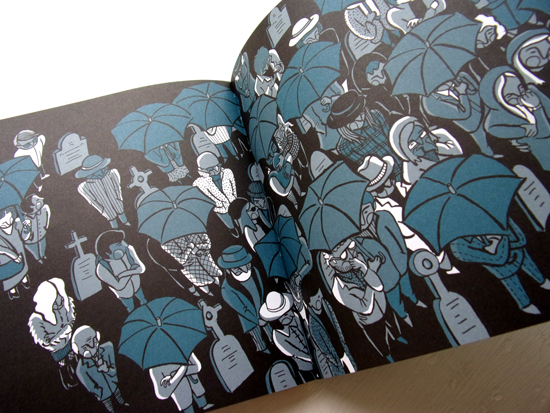 Death of the Artist will successfully please avid comic readers, as well as introducing new audiences to the medium. It’s certainly a memorable read, and I’m sure it will inspire many out there to grab a pencil (or a camera, or a brush, or a tablet) and start creating a visual world of their own.