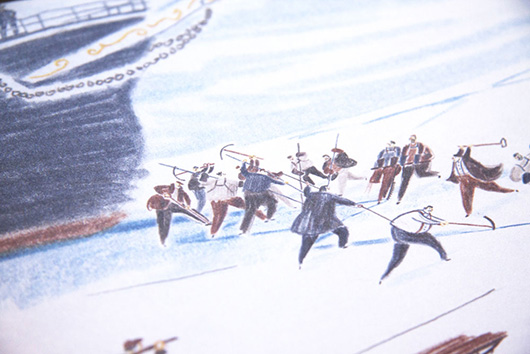 What’s you favourite project you have worked on so far?

It would probably be Shackleton’s Journey as it tied together quite a few interests for me like exploration and Antarctica. It was a turning point for me too, as it was the first project where I tried to just draw as I would in a sketchbook. I was lucky that Sam and Alex allowed me a lot of creative control over the book, when it’s all your own creation you always end up putting that extra bit of care in.

As a recent graduate from Falmouth how have you found working in the world as a professional illustrator?

I’ve found freelancing to be consistently uncertain and exciting. I was lucky that since graduation I’ve had a fairly steady run of commissions and worked with some really friendly people. Falmouth illustration do a great job setting up students for after uni, although you still can’t quite be prepared for where your work and projects take you. Illustration crosses over into quite a few fields so things can surprise you, I’ve ended up running art workshops, a weekly art club and doing a few talks here and there which I really enjoy doing. 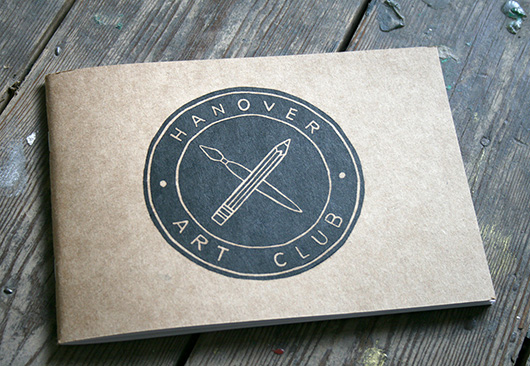 Your book Shackleton’s Journey started off as a personal project which has since been published and won an award for ‘New Talent’ in the recent AOI Illustration Awards 2014, how important is personal work to you?

I really enjoy responding to the challenge of a commercial brief, but I have to have my own projects going on too. Personal work helps develop your practice and contributes to forming your identity as an illustrator. I think if you have a passion for something or simply an interest in the world around you then it’s natural to want to create your own personal work too.

Most obviously it’s important to me because I just get a lot of enjoyment out of pursuing my own ideas. A lot of the time, and to my endless frustration the drawings I’m happiest with are off the cuff drawings done in sketchbooks, the ones just drawn for the enjoyment of it. 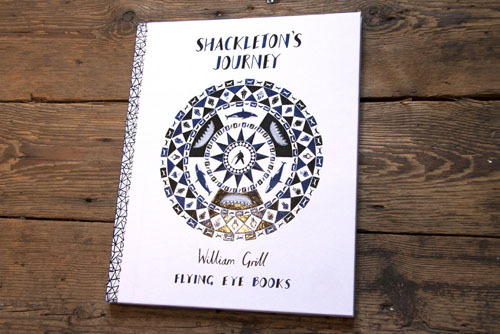 How long have you been drawing for, what led you to taking on a degree and career in illustration?

Since I was small, I was never good at concentrating, but I can always remember feeling quite happy to just sit and draw for a long time. I don’t like to admit it but my brother used to draw quite a lot and perhaps I looked up to him a bit!

I can remember being in two minds for a while, half of me wanted to pursue a path in outdoor pursuits – maybe try and become a mountaineering guide, the other half wanted to go to art school. When push came to shove I chose art school because I still feel like I can pursue my own interests in the outdoors, whether its getting away a few times are year, or through a project like Shackleton’s Journey.

Looking at your blog sketchbooks are important to your work as an illustrator, how do you use this as tool in your work?

I can’t imagine not keeping sketchbooks – they’re very valuable to me. They’re the backbone to all my work because all my observations, thoughts and ideas are stored in them. Drawing is a way of thinking, so to me a sketchbook is a playful space where there’s no pressure, which is important for letting ideas and experiments run. I use sketchbooks for messing around with colours, patterns and designs, so to it’s nice to have that all accessible when I need it. Apart from drawing upon their content later, I think keeping sketchbooks ticking over is also good discipline for any creative as it keeps you looking closely at the world around you.

Sketchbook – Outside Of Kings Cross 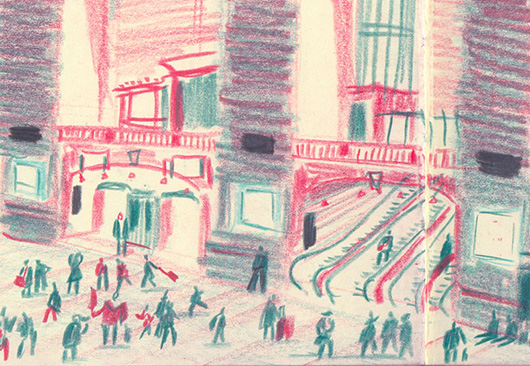 I’m working on a new book for Flying Eye Books, I’m very excited to be re-telling one of my favourite stories… it’s another historical non-fiction adventure, although this time it’s set in the dry planes of New Mexico! I’m hoping to fly out there this summer to do some research and lots of drawing. 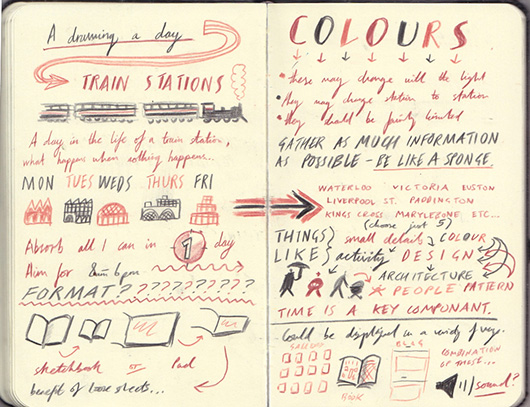 Sketchbook – Drawing Is A Way Of Thinking