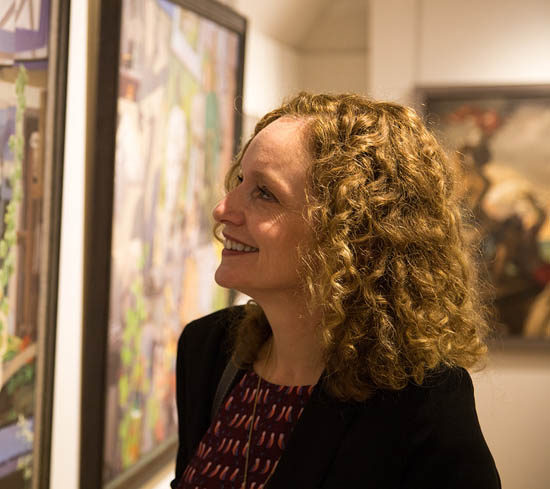 The children’s book illustrator Penny Dann has died from cancer at the age of fifty. She will perhaps be best remembered for the series of Secret Fairy Handbooks published by Orchard Books in the 1990s and early 2000’s achieving sales of over a million copies, however this was a small part of a highly successful thirty year career.

Studying illustration at Brighton art college in the mid 1980s, she was encouraged to develop her characters sketches found at the back of her sketch books by her tutor Raymond Briggs, creator of the Snowman. Her end of college project about the history of tea, called ‘One For The Pot’ was picked up by agent Allan Manham, and the Artworks Agency and became her first published book in 1985. 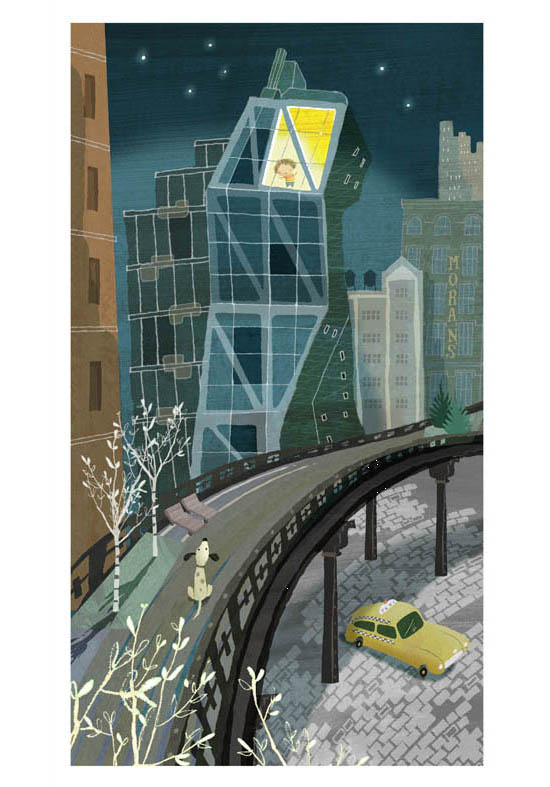 The Highline – personal work by Penny

Her illustration style originally consisted of unique character led ink drawings that were rendered and coloured in gouache and water colour. She had a strong line that defined her early illustrations which showed influences of Quentin Blake, one of her early heroes. Over time her technique developed into a more mixed media and collage approach. It was incredibly versatile and along with her talent for hand lettering covered a huge range of children’s book subjects. Anthologies, early readers, fairy tales, poetry collections, her books are published all over the world. Her wry sense of humour and enthusiasm was very much a part of her illustrations and a major ingredient in the success that she achieved. Her most recent book Polly Parrot Picks a Pirate, published by Macmillan Children’s Books, showcased a new and polished approach to her illustrations and suggested a wealth of new images that will sadly no longer be realised.

She was an avid fan of illustration and became a prominent member of the Brighton Illustration Group otherwise known as BIG. She is survived by her mother and father, sister and husband.”