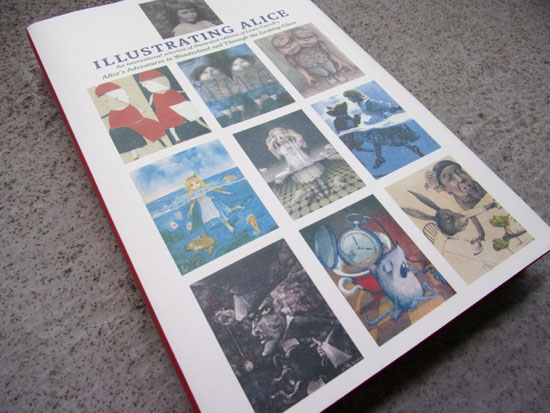 In what must have been a substantial undertaking, Artist’s Choice Editions have corralled a multitude of Alice in Wonderland and Through the Looking Glass interpretations into Illustrating Alice, with essays from experts and illustrators from several countries, including Poland, Russia, Brazil, China, UK and France on how the Alice stories have been approached by illustrators and their publishers.

Copyright for Lewis Carroll’s Alice in Wonderland expired in 1907, and a large number of editions have followed, many hot on the heels of that date. Richard Newnham even queries questionable Alice copyright issues in China and Taiwan in discussing a version published in Mongolia, in his section on Alice in China. With the new editions starting in the early 20th Century, it’s intriguing to watch Alice’s costume revised as time passes, through pinafores and leg-of-mutton sleeves to miniskirts and fishnet stockings (in the case of Ruvanti’s Eighties looking depiction). 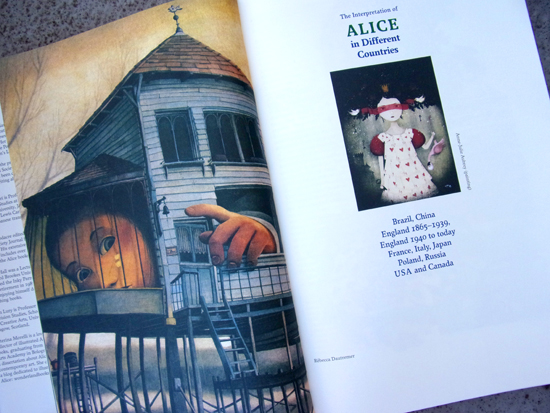 Seeing such a number of approaches to Alice, from Alison Jay’s conventionally appealing, to the coy Japanese stylings of Trevor Brown, makes the several more scratchy approaches stand out: Ralph Steadman’s spiky line drawings remove any cosiness, and Mervyn Peake adds his usual depth of character to Carroll’s creations.

Later in the book individual illustrators offer comment on their motivations and how they tackled the artwork, pointing out the pleasure, but also intimidation, in illustrating such a well known and illustrious publication. Helen Oxenbury describes how the memory of Tenniel’s depiction of Alice made her own vision hard to grasp until she saw a child whilst on a picnic of her own, whose unselfconsciousness gave her a view of what her own Alice could be. John Vernon Lord discusses the Hatter’s hat, and Emma Chichester Clark enthuses on the subtlety of Tenniel’s images, “I love peculiarity made ordinary. It’s my favourite kind of joke”. DeLoss McGraw confirms, “I learned early that you must accept the illustrator John Tenniel along with the author, in order to grasp ‘Alice’ as an inspiration for painting”. 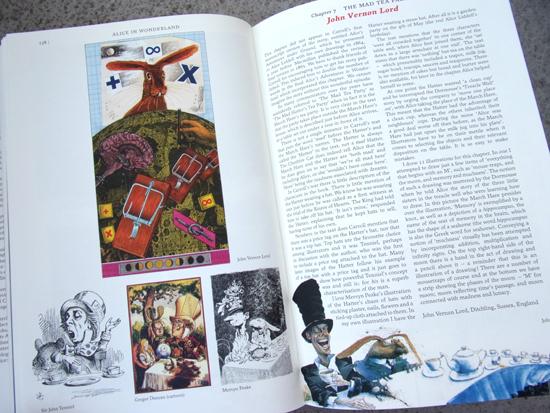 Perhaps in these sections, a concentration on several images from that artist’s interpretation would have been beneficial to the reader, as although one of their images is shown, the others on the spread depict various versions of the same scene in the book from several other illustrators.

Illustrating Alice is an absorbing book to dip into, and will set any illustrator pondering on what their own Alice, Queen of Hearts and Hatter might look like. In spite of a few images printed in low resolution and an overall cramming of illustrations, the book shows the breadth of visual approaches to these most fascinating of stories, and backs it up with informative writing on the subject. 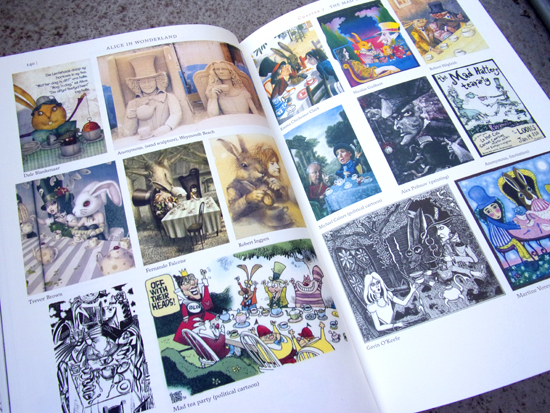 A Life In Illustration